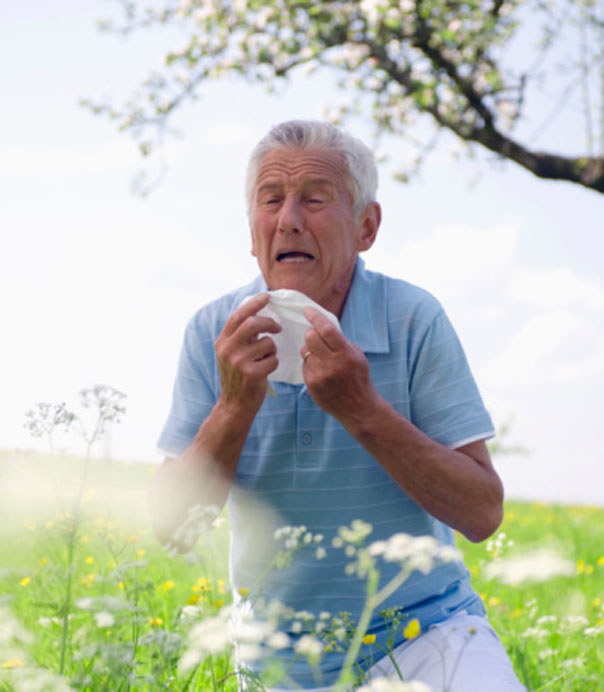 Now’s the time to get a jump on seasonal grass allergies.

Sweet lovers love the spring – at least that’s what Shakespeare wrote so poetically – but the season has a dark side.

Inhaled pollen erupting from grasses, trees and weeds provokes an immune reaction in some people. Inflamed mucus membranes in noses and eyes make them feel miserable with symptoms such as itchy eyes, ears, noses and throats, serial sneezing, nasal congestion and runny noses.

The condition, known as seasonal allergic rhinitis (inflammation of the nose), used to be called hay fever because it seemed at its worst during haying season. In Canada, tree pollens begin floating around from mid-March to June, while grass pollens go from early May to mid-July. Ragweed appears from the end of July until frost kills it in October. Indoor allergy triggers like dust mites, mould and animal dander can irritate all year long.

Allergic rhinitis, seasonal and year-round, affects 20 to 30 per cent of Canadians. If both parents suffer from it, the likelihood of allergic rhinitis in their children is 50 to 70 per cent, notes Dr. Susan Waserman, of the Division of Allergy and Clinical Immunology at Hamilton, Ont.’s McMaster University.

To minimize the allergic reaction, avoid pollen as much as possible, training inside on high pollen days. If you prefer outdoor exercise, go out in the morning, usually 5 a.m. to 10 a.m., and at dusk or after a light rain when pollen levels are lowest. Wearing a filtering mask may also be protective. Over-the-counter antihistamines may bring symptomatic relief, but Waserman says intranasal corticosteroids are a mainstay of treatment.

One effective option for dealing with symptoms of moderate to severe grass allergies actually desensitizes the immune system so that it stops responding to the allergen – in this case, grass pollen. First, an allergist uses skin or blood tests to identify what triggers the immune response. Then, over some months, the patient receives tiny amounts of the offending allergen regularly by injection into the fatty tissue under the skin at the allergist’s office, building tolerance for it. Each visit requires a 30-minute wait after the shot in case of an acute reaction.

Another method of administering this immunotherapy has been available in Europe for some years. It has a significantly lower risk of systemic reaction and is now approved for use in Canada. Instead of an injection, Oralair, an easily administered tablet containing the allergen (extracts of five grasses), is placed under the tongue daily, where it’s absorbed.

The first dose after diagnosis is taken in the allergist’s office in case there is a reaction. After that, it’s taken daily and conveniently at home, four months before the start of pollen season – in Canada, that usually means January – and continues until the grass pollen subsides in July. Waserman says seasonal allergic rhinitis tends to diminish after age 40, but the sublingual medication can be prescribed for people from five to 50 and older. She notes that research suggests the regimen may eventually allow patients to stop the immunotherapy after three years, yet they’ll remain free of symptoms. Trials in Canada, the U.S.A. and Europe continue on a tablet that will halt the ragweed pollen that bedevils many “hay fever” sufferers, as well as similar treatments for tree pollen, cat and house dust mites.

If you’re bothered by seasonal grass allergies, contact your doctor or allergist to discuss this treatment option. Then save your box of tissue for the winter season of colds and coughs.