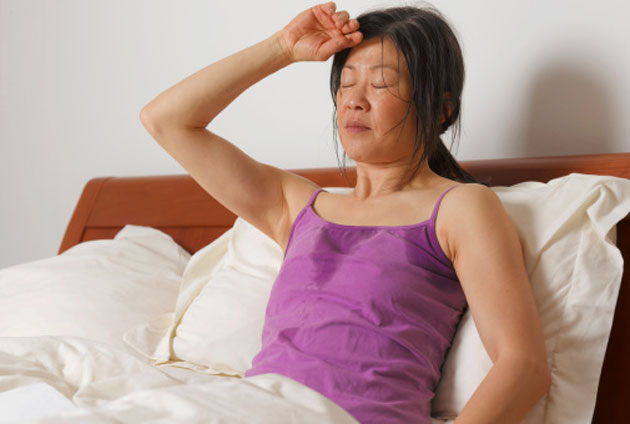 Baby, it may be cold outside but even if you’re no baby and 10 years past menopause, chances are you’re still feeling hot and bothered.

Researchers at the University of Pennsylvania found that moderate to severe hot flashes continue, on average, for nearly five years after menopause.

And more than a third of women experience moderate/severe hot flashes for 10 years or more after menopause.

The study published in the journal Menopause indicated that 80 per cent of women reported moderate/severe hot flashes with menopause, 17 percent had only mild hot flashes, and three per cent reported no hot flashes.

RELATED: PUTTING THE “MEN” IN MENOPAUSE

Obese white women and African American women (both obese and non-obese) had the greatest risk of moderate/severe hot flashes during the period studied, whereas non-obese white women had the lowest risk.

Changing hormone levels are believed to cause hot flashes and other menopausal symptoms such as insomnia, fatigue, memory and concentration problems, anxiety, irritability, and joint and muscle pain.

Hormone replacement therapy (HRT) is considered the most effective treatment for hot flashes, but it’s not appropriate for all women and is linked to health hazards, including breast cancer.

“Our findings point to the importance of individualized treatments that take into account each woman’s risks and benefits when selecting hormone or non-hormone therapy for menopausal symptoms,” said the study author Ellen Freeman of UPenn medical school. “While leading non-hormone therapies such as Paxil may provide some relief of menopausal symptoms for some women, for others, they may not be as effective as hormone-based therapy.”