A Little Chocolate for Your Health 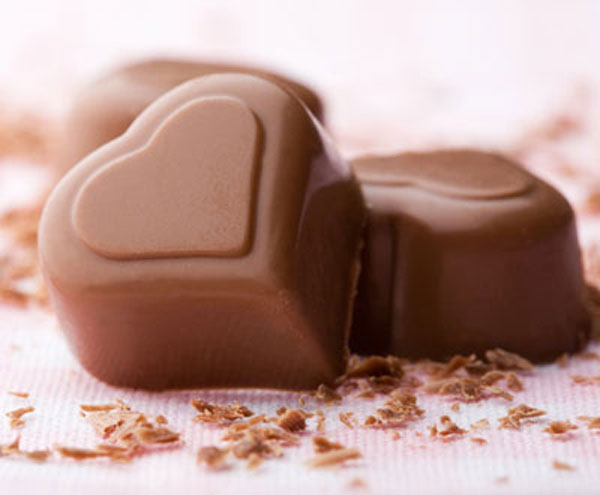 As Valentine’s Day approaches, one of Cupid’s time-honoured ways to spread love is through heart-shaped boxes of chocolate. And while chocolate may soothe the soul and delight the taste buds, a growing number of studies have shown that it’s also good for your health.

Dark chocolate contains an abundance of flavonoids — the same powerful antioxidants found in red wine, green tea, fruits and vegetables — which have been associated with a decrease in the risk of coronary heart disease, cancer, high blood pressure and stroke.

In fact, a study at the Johns Hopkins University School of Medicine found that a few squares of dark chocolate a day can reduce the risk of a heart attack by nearly 50 per cent. Researchers speculate the substances in cocoa beans reduce blood platelet clumping — and possible blockage of a major blood artery — in much the same way as acetylsalicylic acid (ASA).

And chocolate may also help combat the symptoms of Chronic Fatigue Syndrome (CFS) according to UK researchers.

In the study, participants received 45g of specially formulated dark chocolate which contained 85 per cent cocoa and was rich in flavonoids. They were given the chocolate every day for eight weeks.

Researchers said that people felt less fatigued after eating the chocolate, but felt more tired when given a placebo. Interestingly, no study participants reported any weight gain as a result of the study. (The chocolate used is not sold commercially, but was specially formulated for research purposes.)

Chocolate may enhance the activation of neurotransmitters such as serotonin which regulate sleep and mood, researchers speculated. The symptoms of CFS include severe and prolonged tiredness that is not relieved by rest and is not directly caused by other conditions. The causes of CFS are not fully understood.

NEXT: Chocolate: An Age-Old Food of Love

Chocolate: an age-old food of love

Chocolate is thought to contain the same chemical — phenylaline — which the brain produces when a person is falling in love. Because it produces such feelings of happiness and well-being, chocolate has long been considered a food of love.

Derived from the beans of the cacao tree, chocolate is native to the Amazon Basin in South America. Legend holds that around 1500 BC, the people of Mesoamerica believed the feathered serpent god Quetzalcoatl bestowed the cacao tree as a gift that would grant wisdom to anyone who consumed its fruit. By 600 A.D., the Mayan culture had established cacao plantations. During this time, cocoa beans became so valuable they were used as currency.

These ancient cultures consumed chocolate as a frothy beverage. Dried and fermented cocoa beans were ground up and mixed with water and spices such as hot chili peppers.

For Mesoamericans, drinking cocoa was not only a religious rite, but a way to give a person “luck in love”. It was a custom, for example, for couples to drink ritual cups of cocoa when they were married. And the Aztec ruler Montezuma supposedly drank numerous cups of cocoa every day in the belief it would make him a better lover.