How to Drop a Cough 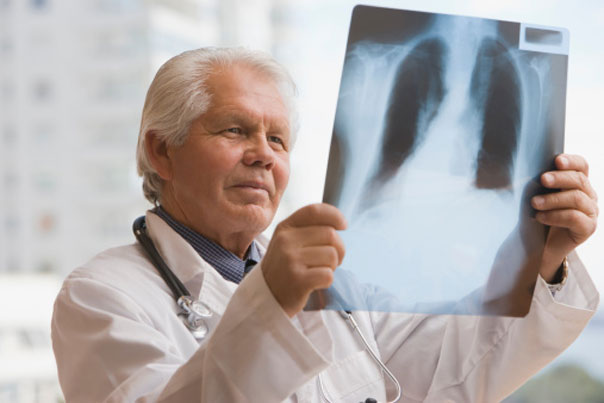 Sometimes a cough is just a cough.

The internationally respected researcher and pulmonologist patiently answered all my questions about respiratory illness, something that plagues so many of us during these winter months.

Q. Is it true that if you have one episode of acute bronchitis, you’re more likely to have it again and again?
A. If you’re healthy and don’t smoke and have the bad luck one year to have bronchitis, then you are a little more prone to a second episode that year. The bronchi are irritated by the first virus and later that year, a second virus finds it easier to grab hold. But by the next year, you’re back to baseline.

Q. Can you treat acute bronchitis to get rid of the cough? It’s really annoying!
A. Healthy people don’t usually need antibiotics. You wait three or four days to see if it’s improving. A cough can linger. If you’re healthy otherwise, give it a couple of weeks.

Q. When should you go to the doctor?
A. If you have a high fever or a fever that doesn’t go away after three or four days, you should be seen by a doctor. If you’re experiencing breathlessness or chest pains with your cough, you should see a doctor right away. And the rules change if you have an underlying lung disease like asthma or COPD (chronic obstructive pulmonary disease).

Q. When should you be concerned about a serious chronic respiratory illness like asthma and COPD?
A. If you get bronchitis every winter, if you’ve been a smoker in the past, remind your family doctor that there’s a pattern. Ask if there’s something going on. A breathing test, spirometry, will indicate if you have a chronic problem. It’s more useful than a chest x-ray in diagnosing asthma or COPD.

Q. What about pneumonia? How do you know when a cough and coughing up phlegm is a symptom of pneumonia?
A. We find pneumonia with a chest x-ray. A lot of what gets called pneumonia — noisy chest, coughing up phlegm — is probably just bronchitis. Without a chest x-ray, you can’t know whether it’s pneumonia or not. Listening with a stethoscope can’t diagnose pneumonia. Pneumonia is a serious infection of the lower lung that requires treatment. People over 60 or 65 — the rules keep changing — should be vaccinated against pneumonia.

Q. What about diagnosing COPD?
A. Again, a doctor can’t make a diagnosis by listening with a stethoscope. It requires a breathing test. And if people have breathing problems, it could be dozens of things. It could be heart failure or a blood clot on the lungs. The diagnosis if there’s chronic breathing problems shouldn’t be casual. A $25 spirometry test is an opportunity to make the correct diagnosis.

Q. Beyond getting the correct tests and diagnosis, what can we do about chronic coughing and breathing problems?
A. If we educate people, they can live better with respiratory disease. We can recommend exercising to make better use of the lung function they’ve got. We can prescribe long-acting bronchodilators or inhaled steroids. We have a new oral medicine that helps to reduce flare-ups. There’s lots that can be done for asthma and COPD. But the key is recognizing the pattern of recurrent or persistent breathing problems and getting the results of a breathing test.