Good and Bad News About Booze 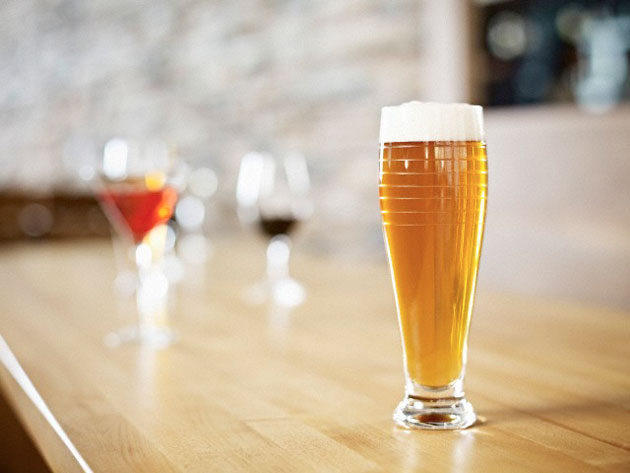 Beer is good for your bones, say University of California researchers.

Silicon is present in beer in the soluble form of orthosilicic acid (OSA), which yields 50 per cent bioavailability, making beer a major contributor to silicon intake in the Western diet.

And according to the U.S. National Institutes of Health, this soluble silicon seems to be important for the growth and development of bone and connective tissue.

Based on these findings, moderate beer consumption may help fight osteoporosis, a disease of the skeletal system characterized by low bone mass and deterioration of bone tissue.

The malts with the higher silicon contents are pale colored which have less heat stress during the malting process. The darker products, such as the chocolate, roasted barley and black malt, all have substantial roasting and much lower silicon contents than the other malts. Beers containing high levels of malted barley and hops are richest in silicon, say researchers.

The study was published in the Journal of the Science of Food and Agriculture.

Now for the bad news.

Even one glass of wine with dinner, if you’re 55 or older, may hit you hard enough to make you a dangerous driver.

University of Florida researchers tested how drinking legally non-intoxicating levels of alcohol affect the driving skills of two age groups: 36 people ages 25 to 35 and 36 people ages 55 to 70. The test at computer consoles took drivers down a simulated winding 3-mile stretch of country road, with few distractions.They found that although neither age group imbibed enough alcohol to put them over the legal driving limit, just one drink can affect the driving abilities of older drivers. The study findings were published in the current issue of the journal Psychopharmacology.