Is It Time To Give Up Alcohol? 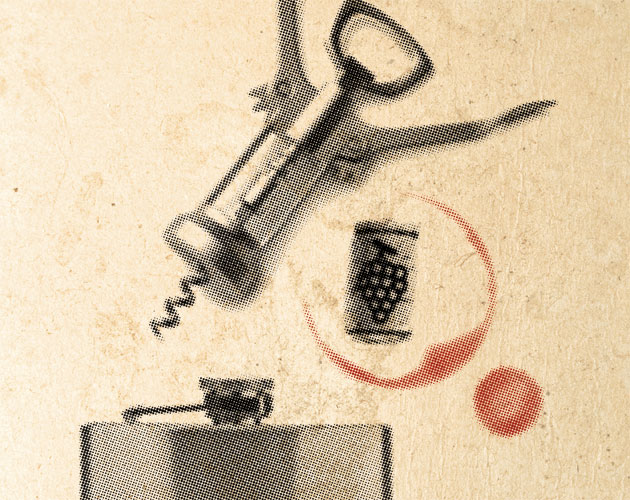 A glass half empty? At what point does that glass of wine (or three) become a problem? For women of a certain age, it may be sooner than you think (or want)

To drink or not to drink?

It may sound glib, but that is the question that’s been plaguing me for the past few weeks, ever since I began researching this article about alcohol and its effects on older women. What I have learned has been sobering indeed. I am 62 and I drink every day and have been for (gulp) almost 30 years. Oh sure, I take a day off now and then but not very often. And those evenings without my two (okay, three) drinks are as flat as the surface of a dead planet. I have long felt I drink more than I should and have wanted to cut down. Now, considering the facts, I wonder if I should be drinking at all.

Like most menopausal and post-menopausal women, I have noticed that alcohol affects me differently than it did when I was younger. One glass of wine at lunch, and my day is shot; I have to go home and sleep it off. All my friends say the same thing: a glass of beer is all it takes to give them a buzz, and the effects last a lot longer than they used to. I asked Jürgen Rehm, a research scientist at Toronto’s Centre for Addiction and Mental Health (CAMH) and one of the people responsible for establishing Canada’s Low-Risk Drinking Guidelines released in 2011 (more on this later), why this is so.

“As we age,” he says, “the overall metabolizing process slows down, and we become more sensitive to the effects of alcohol.” Which means it takes older people less time to get drunk and more time to sober up. One reason is that our bodies contain less water as we age, which affects absorption of alcohol. This is true for both men and women. But overall, Rehm says, “women of all ages need less alcohol than men to feel its effects.”

And it’s not just because we are smaller physically; the female body has a lower percentage of water, so it’s like pouring the same amount of alcohol into a smaller bucket with less water. Not only that, women are missing key stomach enzymes that help metabolize alcohol, so more of the alcohol we ingest gets into the blood stream. It’s a situation that provoked Ann Dowsett Johnston, author of Drink: The Intimate Relationship Between Women and Alcohol, to remark: “The message of feminism has been that women can do anything men can do. If they can make senior partner, so can we. And we can also match them drink for drink … except that we can’t.”

Dowsett Johnston, who stopped drinking five years ago, told me her alcohol dependency was a gradual process. A successful journalist, writer and mother, she used it every day to transition from work mode to home life. “I would come home, have a glass of wine while making dinner and, for many years, it was just that.”

But eventually, over about a five-year period, one glass led to two, led to three and then four, and she knew she was in trouble. She tried to stop, found she couldn’t and, in 2008, checked herself into rehab. As I listen to Dowsett Johnston’s story, I think, “Wow. Rehab for four glasses of wine? That could be me or some of my friends. But I can stop. I’m not an alcoholic. Or am I?”

RELATED POST: 21 ways to give up a bad habit

The Diagnostic Statistical Manual of Mental Disorders (DSM-V) lumps all alcohol dependencies under the label Alcohol Use Disorder (AUD). There’s a test developed by the World Health Organization, which you can take online, to determine if your alcohol consumption may be dangerous. It’s called the Alcohol Use Disorder Identification Test or AUDIT. A score of seven or more in women indicates “a strong likelihood of hazardous or harmful alcohol consumption.”

I score 12. I resolve then and there to drastically cut my drinking. My new regimen is no drinking on Monday, Tuesday and Wednesday and no more than two drinks daily the rest of the week. But that means “standard drinks,” defined by Jurgen Rehm’s National Alcohol Strategy Advisory Committee as: a 12-ounce bottle of beer or a five-ounce glass of wine or 1.5 ounces of spirits. No more brimming goblets of chilled Chablis; no more three fingers of Scotch. If I stick to my new drinking schedule (I’m three weeks into it as I write this), that puts me within Canada’s Low-Risk Alcohol Drinking Guidelines, which stipulate that women should consume no more than two drinks per day, up to 10 drinks per week. The guidelines also advise planning non-drinking days every week.

All this seems perfectly acceptable as I sit at my computer at 10 o’clock in the morning. By 5:30, it’s another story. When these guidelines came down in 2011, says Dowsett Johnston wryly, “I’ll bet there were a lot of people at Health Canada standing around the water cooler going, ‘They’re kidding right?’ ” Dowsett Johnston has stopped drinking altogether and is now dedicated to raising awareness about women and alcohol. Her example makes me wonder if I will be able to stick to my plan and become a moderate drinker for the rest of my life. Or would it be better, as she did, to give booze up altogether?

Elizabeth Epstein, a research professor for the Center of Alcohol Studies at Rutgers University and director of the Women’s Treatment Project there, tells me I probably should eventually. “If someone is drinking a lot every day, we generally advise not to stop cold turkey but seek medical advice to stop under the direction of an addiction specialist. For most people with problem drinking the least risky objective is to become abstinent.” She points out that even moderate drinking impairs your judgment and often makes you crave more.

Epstein identifies a subset of women whose drinking problems develop in late adulthood. “People in the second half of life can develop a problem when they never had a problem before,” she says.

They may be adjusting to an empty nest, have more time on their hands and a feeling of less purpose in their lives so they drink to fill the time. Or they’re part of the sandwich generation caring for aging parents and adolescent children while holding demanding careers. “There are many pathways to alcohol dependence,” she says. And with women in general, there is what Epstein refers to as a “telescoping effect” compared to men. Women typically develop alcohol use disorders later than men but tend to develop physical and medical problems related to alcohol more quickly than men once they begin drinking.

As Dowsett Johnston observes: “Problems with alcohol are progressive. What was fine for me in my 40s was not fine in my 50s.” Epstein confirms this. “Women at any age are at a higher risk [than men] for developing alcohol-related physiological and psychological problems but, as women age, their vulnerability is heightened.”

All this has convinced me I probably do have an alcohol dependency. I tried another online test (they’re all over the Internet. Just Google “Do I drink too much?”), and it rated me as a “high-risk” drinker. Part of me wants to dismiss this as alarmist, a societal tendency to over-medicalize everything from shopping to sadness. But another part (the part that awakens at three in the morning in a cold sweat) knows I should do something.

It’s not just the fear of becoming an alcoholic that has me up at night though. I can still kid myself into believing I’ll manage that risk. Rather, it’s the health consequences of drinking that truly scare me. Drinkers are forever celebrating the fact that a daily glass of red wine lowers their risk of dying from heart disease (more than that, however, and your risk increases). But that “benefit” is pretty much cancelled out by alcohol’s harmful effects on your health. Rehm puts it succinctly. “Alcohol,” he says, “is a carcinogen.” For women, a big concern is the link between drinking and breast cancer. The Canadian Cancer Society says even moderate drinking (two drinks a day) increases the risk of breast cancer because alcohol is believed to increase estrogen levels and higher estrogen levels are linked to the disease. But drinking also causes many other cancers.

“Wherever alcohol touches the human body, there is a risk of cancer,” says Rehm. This applies to the pathway that daily martini takes on its way through your system: mouth, throat, larynx, esophagus, stomach, colon, rectum. And the more you drink, the higher the risk. As well, as we age, we are more at risk of developing such alcohol-related chronic diseases as liver cirrhosis, pancreatitis, hypertension and diabetes.

Okay, now I’m terrified. I remind myself that there are lots of other risk factors besides alcohol for getting cancer, but somehow it’s not a very comforting thought. Once again, with wistful resignation, I consider quitting drinking altogether.

Even though he helped develop Canada’s low-risk drinking guidelines, Rehm admits: “Few people can stick to a one-drink-a-day regimen. For most people, it’s a slippery slope.” In reality, the best course of action is abstinence. I ask him if he drinks, and he laughs and says, “Yes.”

“Do you stay within the guidelines?” I ask.

(Perhaps I’m not the only one who may be kidding myself.)

“Alcohol,” continues Rehm, “has been part of human life for thousands of years. It would be hard to completely eradicate it. But we have to learn to drink better as a society.”

Wish me luck because, unlike Hamlet’s existential question, I’m still hoping mine has a middle ground.