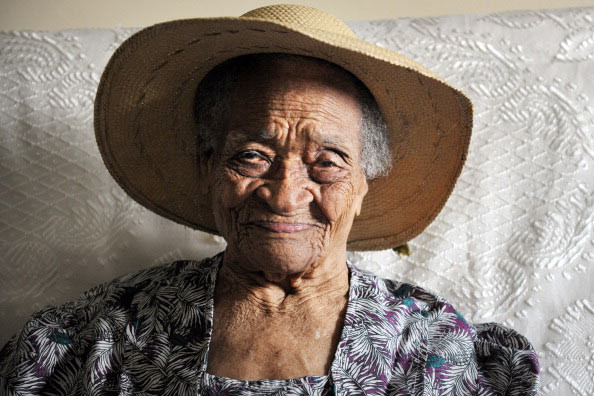 Keeping chronic diseases at bay is key to longevity.

If you’re aiming to live to 100, your strategy for reaching centenarian status has to include avoiding, or at least managing, the four chronic diseases that cause most deaths in Canada: cancer, cardiovascular disease, chronic obstructive pulmonary disease (COPD) and Type 2 diabetes.

It may not be as tough as you think. The World Health Organization (WHO) estimated in 2005 that lifestyle modifications – enjoying a healthy diet, ramping up physical activity and saying no to tobacco products (even second-hand smoke) could prevent “at least 80 per cent of premature heart disease, stroke and Type 2 diabetes and 40 per cent of cancer.”

That’s a huge payoff for changes like eating more fruits and vegetables and cutting back on animal fat as well as getting up and moving your body. For people over 65, the Public Health Agency of Canada recommends two-and-a-half hours of moderate to vigorous aerobic activity weekly. (Check with your doctor before changing your level of activity.)

These tactics will help lower risk factors often common to two or more of these big-four threats to your longevity. That’s important because some risk factors beget other risk factors – obesity, for example, may be a contributor to high blood pressure (hypertension) and high cholesterol, both of which can lead to cardiovascular disease and stroke, Type 2 diabetes and cancer. Taking charge and controlling such menaces lowers the likelihood of having to deal with multiple chronic conditions later in life.

Happily, we seem to be doing better in Canada at reducing deaths from some chronic diseases. WHO estimates that more than a million Canadians who otherwise might have died from cardiovascular disease between 1970 and 2000 lived because they took preventive steps.

Mary Walsh, the actress known for her 11 years on CBC TV’s This Hour Has 22 Minutes, has seen how being proactive can help slow down the progression of chronic obstructive pulmonary disease (COPD) and preserve quality of life. “You can’t cure the disease, but you can learn to live well with it,” she says. A cousin, tethered to oxygen because of the disease, “can’t walk the length of herself,” she notes, yet diagnosed with the same disease, Walsh’s sister is having a better outcome. She opted for a regimen of exercise, lung rehabilitation and lung education provided by the Canadian Lung Association.

Walsh has since become a spokesperson for the association and urges people with a cough or who smoke to take a simple spirometry screening test for COPD in a doctor’s office.

In a 2008 survey done by the Canadian Institute for Health Information, 92 per cent of people 65 and older who had no chronic disease reported their health was excellent to good. It’s a figure that drops to 51 per cent in those facing three or more chronic diseases at once. Clearly, dodging the chronic disease bullet leaves people with a sense of robust health. While scientists continue to explore the tantalizing link between genetics and exceptional longevity, the subjects of their study continue to face each day as they always have – with purpose, curiosity and zest.

Photo: Irenise Moulonguet, born as Lermain, poses on October 19 2012 in Morne Rouge, in the French overseas island of Martinique. This 111-year-old woman has become France’s oldest citizen, as the National Institute for Health and Medical Research (Inserm) said the day before. She was born on November 6, 1900, in Basse-Pointe, and will celebrate her 112th birthday in a few days. AFP PHOTO JEAN-MICHEL ANDRE