An Aspirin a Day Could Keep the Cancer Away 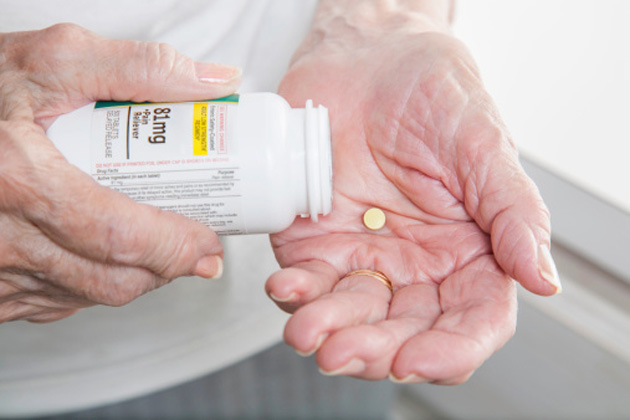 Taking aspirin can significantly reduce the risk of developing – and dying from – the major cancers of the digestive tract: bowel, stomach and esophageal cancer.

After reviewing all the evidence from many studies and clinical trials assessing both the benefits and harms of preventive use of aspirin, researchers at Queen Mary University of London found that taking aspirin for 10 years could cut bowel cancer cases by around 35 per cent and deaths by 40 per cent.

Rates of esophageal and stomach cancers were cut by 30 per cent and deaths from these cancers by 35 to 50 per cent.

To benefit from aspirin, people need to start taking a daily dose of 75-100 mg for at least five years and probably 10 years between the ages of 50 and 65. No benefit was seen whilst taking aspirin for the first three years, and death rates were only reduced after five years.

However, the research also warns taking aspirin long-term increases the risk of bleeding from the digestive tract, e.g. stomach bleeding.

Amongst 60-year-old individuals who take daily aspirin for 10 years, the risk of digestive tract bleeds increases from 2.2 per cent to 3.6 per cent, and this could be life-threatening in a very small proportion (less than 5 per cent) of people.

Overall, rates of serious or fatal gastrointestinal bleeding are very low under the age of 70, but increased sharply after that age.

Another side effect of aspirin use is peptic ulcer, the risk of which is increased by 30 to 60 per cent.

The study also uncovers uncertainty over the most appropriate dose of aspirin required to maximize the benefit / harm ratio, with doses varying between 75 mg to 325mg a day in different clinical trials and studies.

It is also not clear whether taking aspirin for longer than 10 years will result in greater benefits. “Whilst there are some serious side effects that can’t be ignored,” says study author Jack Cuzick, “taking aspirin daily looks to be the most important thing we can do to reduce cancer after stopping smoking and reducing obesity, and will probably be much easier to implement.

“Our study shows that if everyone aged between 50 and 65 started taking aspirin daily for at least 10 years, there would be a 9 per cent reduction in the number of cancers, strokes and heart attacks overall in men and around 7 per cent in women.

“The total number of deaths from any cause would also be lower, by about 4 per cent over a 20-year period. The benefits of aspirin use would be most visible in the reduction in deaths due to cancer.

“The risk of bleeding depends on a number of known factors which people need to be aware of before starting regular aspirin and it would be advisable to consult with a doctor before embarking on daily medication.”

Further research is now needed to define more clearly who will benefit most greatly from taking aspirin and who is most at risk of the bleeding side effects, concludes the study which was published this week in the leading cancer journal Annals of Oncology.