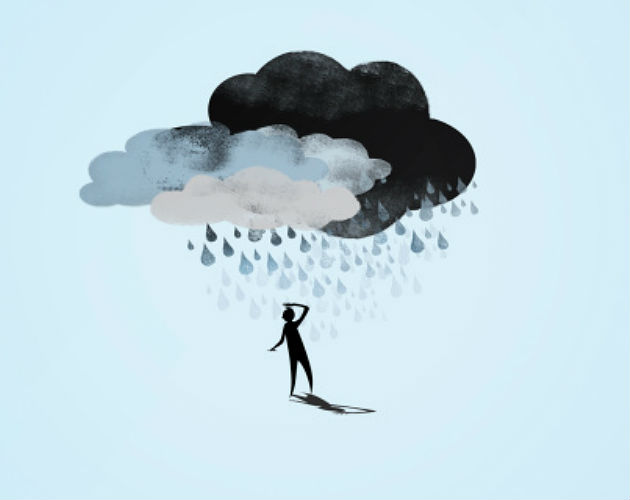 We live in a world of feast and famine, a statement so obvious it hardly bears mention, except it underlines one of the bitter ironies of our times: In this century, in which technological achievement has contributed more to our overall wellbeing than all the millennia that preceded it, there are more of us than ever before in a perilously unhappy state.

Depression – clinical depression, not just the “blues” – is thought to affect well over a million Canadians. One in four of us will suffer a bout of depression sometime in our lives serious enough to require treatment, and as many as 15 per cent of all cases of serious depression will lead to suicide attempts.

This picture of woe has been complicated in recent years by the growing ranks of the elderly. More than two-thirds of all the people in the world who ever reached the age of 65 are alive today. Statistics Canada estimates that, by 2016, there’ll be more than six million Canadians over the age of 65; by 2041, there’ll be 10 million or more, including 1.6 million over the age of 85.

The problem isn’t that growing old in itself predisposes people to depression; the problem is there’s some kind of interplay between physical health and depression. What that relationship is still isn’t entirely clear. What is clear is the older we get, the more likely we are to develop physical health problems, and that means we’re going to see a lot more cases of depression as our population ages.

At present, only about 10 per cent of elderly depressed people are thought to seek or receive psychiatric help, says Dr. Catherine Shea, who’s completing her fellowship training in geriatric psychiatry at the University of Ottawa.

There are a variety of reasons, Shea says, “such as their own attitudes about psychiatric illness, as well as that of their caregivers and physicians.”

However, when they do receive appropriate treatment, “60 to 75 per cent will remain well or have successfully treated relapses,” says Shea. “One-third, sadly, remain chronically symptomatic, and we know the suicide rate is twice that of the general population. That depression is the major factor in the suicide, unlike the alcohol personality disorder that one would see in younger populations.”

“The current cohort of elderly is much less likely to report depression,” says Dr. Marie-France Tourigny-Rivard, head of the Geriatric Psychiatry Division at the University of Ottawa. Many of them don’t get appropriate treatment for major depression because their doctors assume they’re simply feeling “down” due to losses they’ve suffered – that they’re having a normal reaction to the death of a spouse or long-time friend.

“Historically the very fact of aging has thought to predispose one to depression,” Shea says. “From the earliest works of Galen in the 2nd century and right up to the last decade, it was thought to be intuitive that growing old would lead to despair and depression.”

That view was turned on its head by a huge study funded by the National Institute of Mental Health in the U.S. in the mid-’80s. It found the prevalence of major depressive disorder in people over 65 (one to four per cent) was much lower than in the younger adult population – though the numbers for the institutionalized elderly were found to increase by 12 to 15 per cent per year.

In fact, it’s now clear the number one risk factor for depression in people over 65 is physical illness and disability. Post-stroke depression, for example, is quite common, and older patients often have mini-strokes that start a cascade of mood problems. Depression is also associated with Parkinson’s disease, thyroid problems and cancer-related malignancies in the stomach, colon, lungs and brain. Viral illnesses, too, such as shingles, can be closely associated with a depressive disorder.

Shea describes depression as the end of a multifactorial process: “Although there are many ways to get there, the result may look the same. I may have an elderly person who is inactive, takes no pleasure in activities they used to enjoy, have lost their appetite, and all the concomitant things we know look like depression – there are other atypical presentations of depression – but the path there is a very complicated one, and I think it’s different for everybody.”

Physical complaints (excessive fatigue, dizziness, appetite and digestive problems, unexplainable or poorly explained aches and pains), could have a physical cause, Tourigny-Rivard says, “because of course most of our geriatric patients do have some medical problem.” But, she says, “it’s important to suspect depression when someone who’s had a clear physical problem or maybe a recent surgery is making a very slow recovery, or seems to be left with excess disability, especially pain, that limits their functional capacity.”

Canadian psychiatrist Dr. Bruce Pollock, now a professor in psychiatry, pharmacology and nursing at the University of Pittsburgh, notes that the World War II generation doesn’t complain of quality of life the way the ‘Me Generation’ does. They talk about physical symptoms, and they go to their primary-care physicians and talk about all their complaints – their physical ills. While that may seem on the surface to be the reality, we find that all these physical complaints are made much worse by depression – far more than we would imagine just in terms of the person feeling bad.”

It’s one thing to say a physical complaint makes someone feel depressed; that only makes good sense. It’s another thing to say that depression has physical consequences, but that’s exactly what recent research is showing. For example, a study reported in The New England Journal of Medicine showed women with histories of recurrent depression are at greater risk of developing osteoporosis, that their bone density is less.

In another study, at McGill University in Montreal, researchers followed patients after a heart attack: At both six and 18 months, those who were significantly depressed were found to be at five times the risk of dying as those without depression. It’s not simply that the depressed person isn’t doing proper rehab or watching their diet; depression actually changes the behaviour of platelets – blood cells involved in clotting. They become more aggregable, meaning they clog up the arteries more easily.

MRI scans have also demonstrated “bright objects” – white-matter lesions Pollock says “are not quite strokes” – much more often in patients with late-onset depression. “There’s an overlap. One part of the illness are people who’ve had recurrent depression all their lives, and they’ve just gotten older. But the other group, this late-onset group of depression, we think that certain vascular factors are of pretty big importance as a risk factor for depression and cognitive impairment.

“Depression is a big part of it,” Pollock says. “It overlaps with social factors and so on, but there’s a big core group of patients with histories of depression where it’s really biological.”

Underlying medical problems have to be diagnosed, treated and stabilized, but, even once they’ve been corrected, that doesn’t mean the depressive symptoms will simply disappear, says Tourigny-Rivard. “However, if we don’t attempt to treat the underlying medical problem, then our treatments for depression usually do not take us much further. The patients are not as likely to improve. So, it’s very important we treat both conditions.”

Depression plus an underlying medical ailment often presents another problem: medication. After all, seniors consume upwards of 30 per cent of all prescription drugs. And it’s not just prescription medications; there are different levels of drug interactions, Pollock says. “Very often it’s something as simple as the patient taking Maalox or Metamucil with their prescription and blocking the absorption of much of the medication. Sometimes you see this in patients who may be improving on their antidepressant – the antidepressant has constipating effects, so they start taking Metamucil with it, and then they become depressed again.”

Thus, to avoid unwanted drug interactions, and to avoid worsening existing medical problems, doctors need to select antidepressants very carefully. With the development of more and more selective medications, that’s becoming a little easier to do, Pollock says. “It used to be, just a few years ago with the older antidepressants, we had to weigh risk-benefit ratios very carefully in terms of trying treatment in this population with all the medical risks and multiple drugs and all the problems that are entailed with the older drugs. Often it just wasn’t worth attempting to treat it aggressively.”

Now, he says, with newer medications, “the risk-benefit has shifted in favour of trying to treat. The risks of not treating are far greater now than the medications themselves. So, it really does favour trying one of these newer medications that have fewer drug interactions and fewer effects on other brain systems. These are very selective antidepressants.”

Of course, it isn’t as simple as identifying that someone has a depression, giving them a pill and – voilà – end of story. That would be overlooking what psychiatrists call the biopsychosocial model, an approach to diagnosis and treatment that includes all possible variables of the biological, psychological and social factors that may play a role in a patient’s condition.

“If I don’t take the time to know the pain from their arthritis, for example, has led to their being unable to care for themselves,” Shea says, “if I don’t know that their son died a year ago, unexpectedly, and that’s been on their mind, if I don’t happen to know they have no or very little income, or that they’ve become socially isolated – if I don’t look at all those things, and change other medications to address their arthritis pain and prop up the social supports in addition to the pills and psychotherapy, I’ll never win. It won’t happen.”