Laugh Out Loud: The Healing Benefits of Laughter 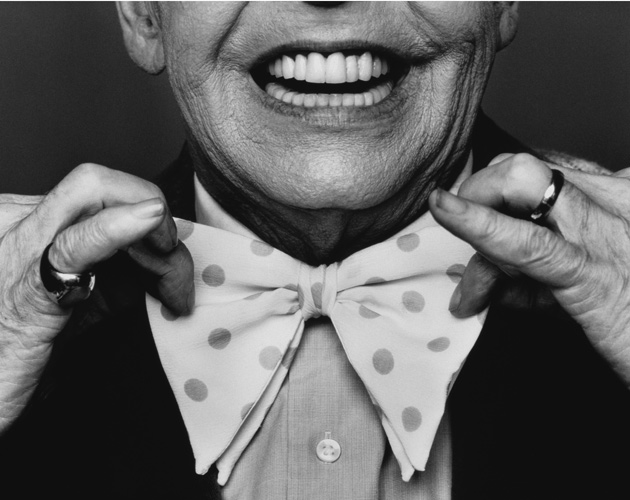 A little chuckle goes a long way when it comes to maintaining your health. Body and soul have a laugh and you’ll get happy!

“Laughter is an instant vacation.” When Milton Berle (above) said this, he wasn’t too far off, according to some researchers who think laughter is like a wonder drug capable of treating a host of maladies related to stress and lifestyle.

“Laughter therapy is making people laugh for healing purposes,” says Albert Nerenberg, a journalist, documentary filmmaker (for instance, Laughlology, in 2009) and laugh-ologist, an expert who lectures on the science, practice and therapeutic effects of laughter. He brings the therapy to the workplace to help relieve stress and increase motivation, and to the health-care profession to promote and maintain health. But he cautions, “Occasionally, you hear wild claims that laughter therapy cures cancer or a terminal illness. The therapy holds great promise, but there is a danger of creating false expectations.”

Researchers continue to study laughter’s effects and have made some discoveries on how it benefits our well-being.

From a neurological perspective, pioneering studies by Dr. Lee Berk and Dr. Stanley Tan of Loma Linda University Medical Center in California have shown that laughing triggers a flood of pleasure-inducing neurotransmitters, like dopamine, in the brain. Low levels of both these brain chemicals are associated with the winter blues and Seasonal Affective Disorder, which affects almost 20 per cent of Canadians. Nerenberg has been using laughter therapy to help treat drug addicts at a residential drug rehab centre located near the Quebec-U.S. border. “Laughing produces dopamine in the brain much in the same way as cocaine,” he explains, “so you essentially substitute laughing fits for drug addiction, addicting people to a positive behaviour rather than a negative one. They’re after rushes and really don’t care where they get them.”

A depressed immune system is vulnerable to colds and viruses. According to a 2001 study in Alternative Therapies in Health and Medicine, laughter boosts the activity of your system’s natural killer cells and other defences by increasing the number of antibody-producing cells. Laughter enhances the response of disease-killing cells such as gamma-interferon, disease-fighting protein; B cells, which produce disease-destroying antibodies; and T cells, key to immune system response.

“We once thought laughter was the opposite of crying, but it’s more appropriate to think of it as the opposite of stress,” explains Nerenberg. He says laughter affects the nervous and endocrine systems by metabolizing stress hormones, which include cortisol and adrenaline, the fight-or-flight compounds released during times of stress. Stress hormones bombard the heart, forcing it to beat as if in a constant state of fight or flight. But laughter appears to reduce the amount of stress hormones your body produces.

A good laugh can be good for your heart. Laughter helps expand capillaries, increasing blood and oxygen flow throughout your body. This may help protect against heart attacks and strokes by relaxing constricted blood vessels and promoting relaxation, which may lower levels of cortisol, a hormone known to contribute to high blood pressure, as do constricted blood vessels. Researchers from the University of Texas at Austin measured the blood flow of 17 volunteers after watching a comedy or a documentary. The comedy group showed significantly increased heart rate and blood flow of 17 per cent for up to 24 hours. Conversely, among the documentary viewers, blood vessels constricted by 15 per cent. Constricted arteries can lead to high blood pressure.

Laughing with others is more powerful than laughing alone, so plan some face time with friends. Sharing laughter is one of the most effective tools for keeping relationships strong and resilient. Simply anticipating laughter was found to release beneficial hormones while lowering levels of harmful chemicals in the body. Laughter can also stimulate creative thoughts that lead to a greater sense of self-worth and optimism.

In 2011, Nerenberg worked with Maxwell House on a survey about Canadian optimism, and the results are positive. Eighty-five per cent of us consider ourselves optimistic; 86 per cent of us feel that optimism is contagious; and 79 per cent of us try to encourage pessimists to be more optimistic. Encourage your own healthier outlook by adding these simple laughter-inducing habits.

• Smile early and often in the day; it produces a mild hormonal change that can improve your mood and produce positive emotions. Smiling is the beginning of laughter and, like laughter, it’s contagious.

• Look up at the ceiling, and you’ll notice a positive lift. There’s no science to explain this, but it’s a fairly universal phenomenon, says Nerenberg. The opposite is true as well; if you walk around looking down, you’ll start to feel down.

• Fake it till you feel it Just going through the motions will trigger real laughter. Studies show the positive effects of smiling occur even if the smile is fake; faked laughter also provides the same benefits.