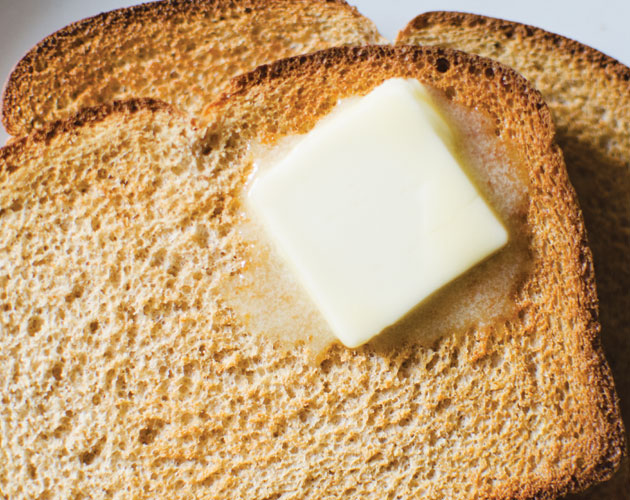 French epicure Anthelme Brillat-Savarin famously declared, “Tell me what you eat, and I will tell you what you are.” Et mon Dieu, a diet heavy on tea and toast wouldn’t have impressed him. Its tilt toward carbohydrates positively worries researchers at the renowned Mayo Clinic. For close to four years, they studied the diets of 1,233 cognitively normal people aged 70 to 89.

Unfortunately, carbohydrate consumption may go up when some elderly people lose their partners. Money may be an issue, so they opt for cheaper, often carb-laden foods.  Without someone else to cook for or if they have mobility issues, they settle for easy-to-prepare foods – and toast can be made and eaten easily any time of day. Dental problems or fading senses of smell and taste (possibly brought on by medications) can also make other foods less inviting.

Because a high-carbohydrate diet seems to be associated with cognitive impairment, the scientists looked at the percentage of protein, carbohydrates and fats consumed. During the study, 200 of the participants developed mild cognitive impairment (MCI) or dementia. MCI falls between normal cognitive losses of aging and the illness of dementia, so the findings gave researchers pause. “We found those who had the highest carbohydrate intake … had a high risk of developing cognitive impairment in the future, compared to those with the lowest intake,” the lead researcher for the study, Dr. Rosebud Roberts, says. “The simple sugars are probably contributing to the increased risk we see in people, with a high proportion of energy derived from carbohydrates.”

Protein and fat are needed for healthy nerve cell membranes; fats are also needed for the myelin sheath that transmits impulses along those cells. But protein and fat intake may become proportionately lower as carbohydrate intake increases.

This imbalance may also affect glucose and insulin metabolism and even disrupt amyloid and tau metabolism (signature elements of Alzheimer’s disease in the brain). But it turns out that what’s good for the heart is also good for the brain: exercise and consumption of a Mediterranean-like diet, with complex carbohydrates (such as whole grains), fish, little red meat, lots of vegetables and fruit, some nuts and mono- and polyunsaturated fatty acids. Making an effort to maintain brain health is smart at any age.