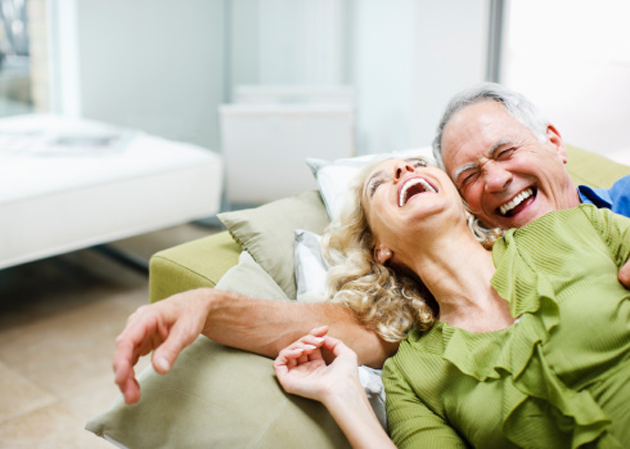 Could there be a comic hybrid as exotic as a Scots leprechaun? You bet – and we Canadians can lay claim to the world prototype. His name was Farley Mowat. Farley’s personal barometer oscillated unpredictably from outrage to slapstick, but when he was funny, oh my, how he made us laugh.

Travel back with me to the Stephen Leacock Awards banquet, Orillia, Ontario, 1970. Farley stands, all five-foot-one of him, bearded and be-kilted as usual, on a stage before the black-tie throng. He is about to accept his medal as writer of the funniest book of the year (The Boat Who Wouldn’t Float) when a mischievous Pierre Berton calls out from the audience: “Is it true what they say about what Scotsmen wear under their kilts?”

Wordlessly, Farley solemnly turns his back to the audience and bows deeply, delivering a double lunar eclipse that eradicates all confusion.

Farley Mowat. Even saying the name elicits a chuckle. We lost him this year, along with a pantheon of professional rib-ticklers from humour heavyweights like Robin Williams, Joan Rivers and Sid Caesar to sunny souls like Mickey Rooney, Shirley Temple, gentle James Garner and the sweet satirically tenored Pete Seeger.

That’s a lot of withdrawals from the Humour Bank for one year – and that’s cause for alarm. Because as any gelotologist will tell you: we need all the laughter we can get.

Gelotogist? That’s what you call somebody who studies laughter and the effects it has on the human body. It’s a soft G – as in genial and jocular and Jerry (Lewis).

Not that humans have a corner on laughter. Gorillas laugh. So do chimps and bonobos and orangutans. Hyenas are famous laughers, and their domestic counterparts – dogs – can certainly smile. I know a border collie who’ll do it for a chunk of kibble.

Cats do not laugh, although they’ve been known to smirk.

But we humans? We love to laugh. We chuckle and chortle and cackle. We snicker and snigger and snort. We teehee and titter. We giggle and guffaw. And we do it from our baby cribs to our deathbeds. In fact, in extreme cases, laughter can put us on our deathbeds.

Xeuxis, a fifth-century BC Greek painter, is reputed to have died laughing at one of his own paintings. Thomas Urquhart, a Scottish aristocrat, died of laughter upon hearing that Charles I had ascended to the throne. In 1975, Alex Mitchell of King’s Lynn, England,
expired while watching a BBC television series called The Goodies. The lethal episode was called “Kung Fu Kapers” and featured an (uh-oh) kilt-clad Scotsman with bagpipes. Mister Mitchell laughed continuously for 25 minutes, then slumped on his sofa, dead of cardiac arrest.

For most of us that’s carrying a joke too far. We fall in the laughter-as-therapy camp, and Norman Cousins is our head counsellor. In the 1970s, Mister Cousins, an American journalist, was diagnosed with ankylosing spondylitis, an acutely painful and debilitating disease from which, Cousin’s doctor informed him, only one in 500 victims recovered. Cousins checked into a hotel and put himself on a diet that featured lots of vitamin C and regular injections of Marx Brothers comedy films. He later wrote that 10 minutes of laughter induced by Groucho and Co. gave him two hours of pain-free sleep. His conclusion: laughter is the key to good health. Cousins did die, mind you – nearly 30 years after his fatal diagnosis.

The exquisite beauty of laughter is (a) it’s free; (b) it’s healthy; (c) it feels good; and (d) everybody speaks the language. The whole world gets you when you laugh. Or even when you just smile.

Try it. Right now. All together: screw the corners of your mouth up toward your eyes and hold that pose for 30 seconds. Feel foolish? Good. Keep smiling. Permit yourself a tiny chuckle. Crack right up if you can manage it.

It’s a great way to start a new year – and you know that Farley would be laughing his kilt off.

Arthur Black is the author of 17 books of humour and a three-time winner of the Stephen Leacock Memorial Medal for Humour. He lives on Salt Spring Island on the West Coast.