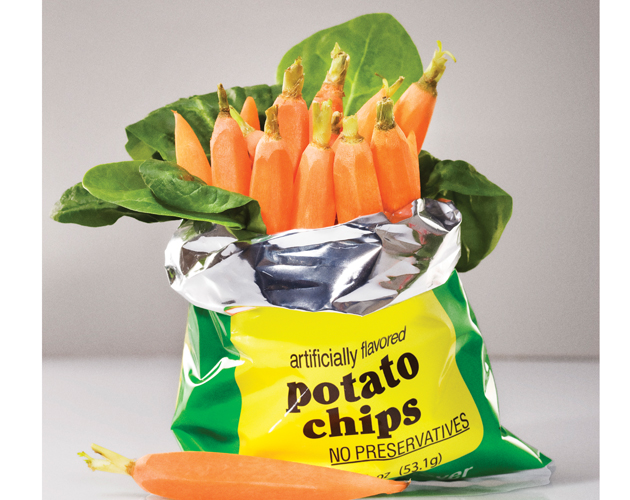 Can fortified fare boost the health factor in what we eat? Lisa Bendall explores foods with benefits

Functional food isn’t revolutionary. It’s as old as iodine in salt, introduced to North America back in 1924 to prevent thyroid enlargement – apparently a serious public health concern at the time. Since then, common foods like flour, milk and cereal have been fortified with various vitamins and minerals we might not otherwise get through diet.

But today, the industry is exploding in Canada. “Grocery stores are loaded with functional foods,” says Andrea Holwegner, a registered dietitian in Calgary. These foods and drinks aren’t just fortified with vitamins but also with extra fibre, minerals, protein, probiotics, antioxidants and fatty acids. Most of the time, these are nutrients we’d have no trouble getting from a well-balanced diet. Yet when it comes to fancy functional foods, we can’t seem to buy them fast enough – and companies are scrambling to supply them. “The food industry is fiercely competitive,” Holwegner says. “Creating new products that add health-promoting nutrients or trendy ingredients has the potential for greater sales.”

Can you trust what the industry is telling you if it’s really about turning a profit? By law, companies can only market the health benefits of added ingredients if those benefits have been well proven. According to current Canadian guidelines, for instance, a yogurt with probiotics can be marketed as “containing bacteria that are essential to a healthy system.” But a vague and sweeping statement like “probiotics improve digestion” isn’t allowed.

There are ways of getting around that, says Amy Proulx, professor of culinary innovation and food technology at Niagara College’s Canadian Food and Wine Institute. Today’s social media make it easy to create a buzz. When Dr. Oz says Greek yogurt fights inflammation and his statement ends up all over Facebook, it’s almost as though the health claim were stamped right on the product. “Consumers are very interested in health as a driving factor of choice,” Proulx notes. “But they often don’t have the scientific or regulatory understanding to know what is legitimate and what is exaggerated.”

So, are functional foods really the better way? Will you fall over without extra flaxseed in your cereal? “The food industry is brilliant at marketing and creating ‘health halos,’ making a food look healthier than it really is,” Holwegner says. She cautions that many of these products, especially if they’re processed, can be packed with other ingredients that aren’t so great for us. Eating functional foods can hoodwink us into believing we’re covered when we reach for a Twinkie instead of an apple. “Energy bars often have added protein, vitamins and minerals but often have saturated fat and sugar levels similar to that of a chocolate bar!”

Proulx points out that sometimes the so-called fortification is nowhere near our daily needs. For instance, omega-3 fatty acids are hot now and added to a range of products. “But there’s ample documented evidence that the typical serving sizes required don’t effectively deliver an adequate intake of omega-3 fatty acids,” she says, adding pointedly, “Eating cold-water fatty fish is one of the best ways to get an adequate intake.”

Another problem: Certain added ingredients can also interact with medications like blood thinners or even provoke an allergic reaction.

And consider this. When we don’t turn to basic foods for the nutrients we need, we’re missing out on a lot of extra built-in benefits. “Our most nutritious and nutrient-dense foods have got all the phytonutrients naturally within them,” says Proulx. “We see foods fortified with antioxidants and polyphenols, but what are our best sources of these? Fruits and vegetables. We tout that we need more fibre, so you see fibre fortified into all these things. Why not eat foods that are rich in fibre in the first place?

“Functional foods can be good options for those looking for added digestive health benefits (probiotic-enhanced foods, for example) or those with special dietary needs. This includes vegetarians and people who are lactose-intolerant. Fortified soy, rice or almond milk may be just what the dietitian ordered,” says Holwegner.

But most of us do better to eat the traditional way. As much as possible, choose fresh foods and from the outside aisles of the grocery store – and be picky about the processed foods you put in your cart. “Look at the pros and cons of the foods you are picking,” Holwegner says. Simply adding more fibre, omega-3s, whole grains, protein or vitamins does not guarantee a healthy choice.”

“There’s no magic bullet in these functional foods that’s going to radically change your health status,” Proulx adds. “Go toward a diet rich in fruits and vegetables, whole grains and healthy protein. That’s the only true magic bullet out there.”