Let it Go: When Hoarding Becomes a Hazard 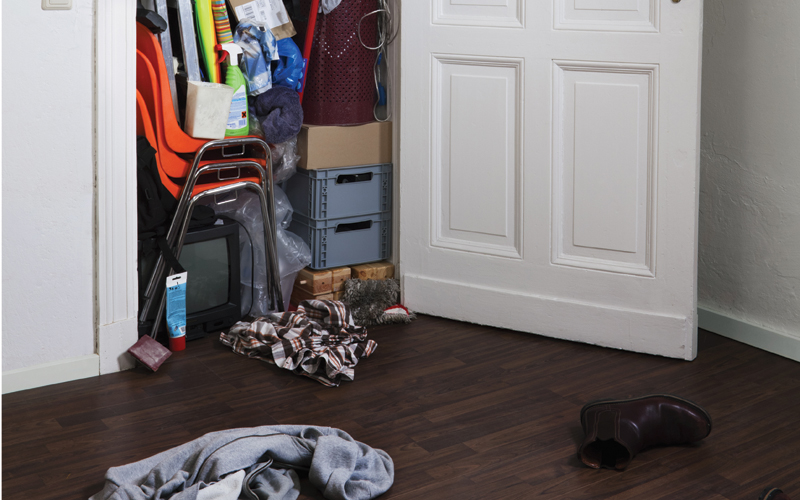 Becoming a packrat is almost a rite of passage in middle age.

An American survey found that after 50, people become increasingly less likely to give away or sell things they don’t need. And yet at least half of them admit they own too much.

“We tend to hang onto things longer as we age,” says Colette Robicheau, a professional organizer and coach in Halifax. “It’s all those memories.”

But there are consequences.

At minimum, it means more stuff to sort through when you downsize. If your house clutter reaches an embarrassing level, you may be reluctant to let repairmen inside or host family gatherings. There are even safety considerations: one of Robicheau’s senior clients experienced a special little epiphany when she tripped and fell over the junk in her house. She lay on the floor, waiting for help – and staring at the book of organizing tips she’d bought long ago.

Want to pare back possessions before it’s too late? “It’s really a change in mindset,” says Robicheau.

Instead of dwelling on the past, “think about your lifestyle going into the future.” If you’re no longer hitting the slopes because you spend every winter down south, do you really need your ski equipment? If you don’t wear four-inch heels anymore, why should six pairs of them live in your closet?

You may be clinging to these items because of what they represent. “They become memorabilia,” says Robicheau. You can keep the memories – in digital photos and scrapbooks – without taking up so much square footage.

You can let things go a lot more easily if you imagine someone out there without much, says Robicheau. “People think that if they let things go, they’ll go in the garbage – but there are many places that need things.” Your grandmother’s rocking chair can be handed down to a niece or nephew who’s just starting out. Got more bath towels than you can actually use? A single mom on a fixed income may be thrilled to take them.

What if you’re constantly buying items you never need and saving things your neighbours throw out? Are you distressed at the idea of being parted from your possessions, even if they have little value? Is there no room to sleep in your bedroom or to use the second bathroom?

These are all signs you may have crossed the line from packrat to hoarder. Hoarding can be triggered by a traumatic event, like a divorce, or may be part of another disorder, like depression.

If these characteristics sound like you, don’t wait. The most successful approach involves working with a psychologist-and-organizer team, so both emotional and environmental issues can be dealt with.

There is help, says Robicheau, once you reach out. “The earlier you get involved, the higher the chances you can change your behaviour.”