Speak Up (about Hearing Loss) 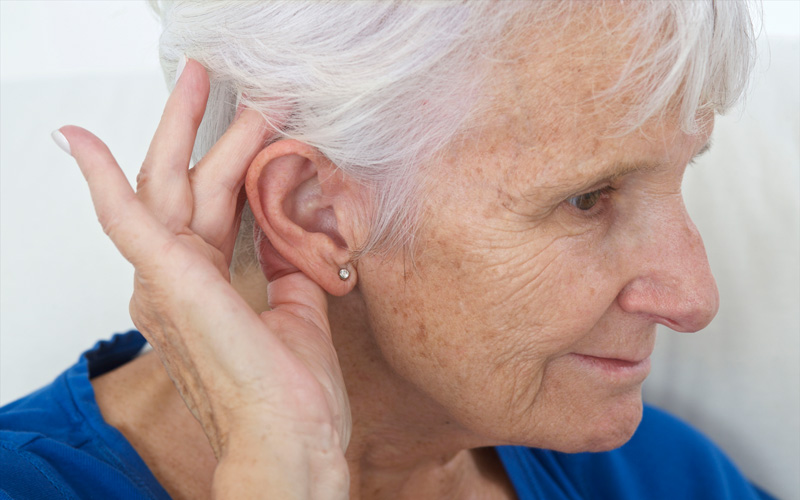 Sorry, what was that?

Are you in denial about your hearing?

On average, people have trouble hearing for seven to 10 years before they even agree to have their hearing tested.

“There’s a lot of resistance to acknowledging hearing loss because of the stigma,” says Andrea Swinton, executive director of The Hearing Foundation of Canada. “It’s still perceived as an old person’s problem and people don’t want to think of themselves as old or believe they’re reached that point.” Yet aging is the number-one cause of hearing loss.

According to the foundation, 46 per cent of people aged 45 and older have some degree of hearing loss and it starts fairly early.

But it also tends to be gradual, so people don’t always realize they’re having trouble hearing, Ms. Swinton explains. “Instead, it’s the people around them who realize it because the music is getting louder, the TV keeps getting turned up and they’re the ones having to repeat things all the time.”

Signs you need your hearing tested are pretty straightforward. “If you’re missing things, you don’t hear the phone ringing, or if it’s hard to hear in a restaurant, those are all signs” says Ms. Swinton. “Or maybe the TV is getting louder and louder and family members are saying, ‘geez, turn that down. It’s so loud.’ Yet you think it’s perfect.”

Hearing aids have also come a long way in recent years, so if you think you might be experiencing hearing loss this probably comes as welcome news. Gone are those obvious, flesh-tone blobs that used to stick out of your ears. “Today’s hearing aids are very sophisticated,” reports Ms. Swinton.

“They’re very small, self-adjusting, often programmable and practically invisible.” They’re wireless and can even connect with your iPhone or your smart phone with an app which can not only amplify your music, but can control the bass and treble on your hearing aids.

There are also microphones that discreetly look like pens and amplify the sounds around you. They’re ideal for things like group settings or sitting at board tables.

“You don’t have to sit around not hearing things and avoiding getting hearing aids because you think they’re going to be these big ugly things in your ears.”

As for cost, hearing aids are normally sold individually, rather than in pairs, since the degree of hearing loss in each ear can vary significantly. Ms. Swinton says they tend to range in price from roughly $500 to $3,000 per hearing aid.

And if hearing better isn’t motivation enough to ask your doctor for a referral to an audiologist perhaps this will be: Hearing is also related to balance so people with hearing loss are more prone to falls. According to statistics provided by the foundation, older adults with unmanaged hearing loss have a 17 to 19 per cent higher risk of hospitalization each year and a greater risk of falling that increases as the degree of hearing loss increases.

Not hearing well can also affect your job performance and relationships with family and friends. It tends to increase social isolation, decrease the enjoyment of life and can also contribute to depression.

“These are the ones when you’re all out at a restaurant who aren’t saying anything,” says Ms. Swinton, pointing out that conversely hearing well is known to boost self-esteem and confidence since hearing what’s going on around you means you can fully participate. “If you can’t hear, it’s hard to participate.”

It’s also quite common for people who get hearing aids to avoid wearing them at first. “After waiting seven to 10 years to get them in the first place, it’s often a couple of years before they’re using them on a regular basis,” notes Ms. Swinton. “People are resistant to change and sometimes it just feels cumbersome and overwhelming learning how to use them properly.”

The good news, she emphasizes, is that 90 per cent of people with hearing loss can improve communication with a properly fitted hearing aid, counselling or environmental changes.