The Bee’s Knees – Why Honey Could Be A Cure-All 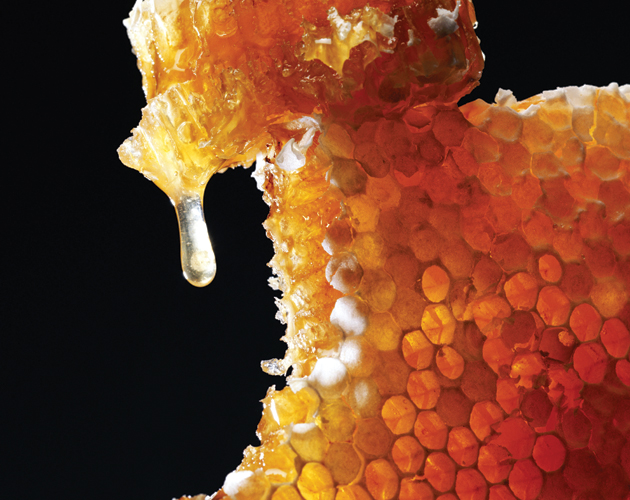 Uh huh, honey. Why the sticky stuff is for more than sweetening your tea.

When you think of honey, you probably think of tea or toast. Or perhaps honey is an essential ingredient in your chicken marinade. But honey may also have the potential to save your life.

Dr. Susan Meschwitz, a chemist at Salve Regina University in Newport, R.I., has been exploring the use of the sweet, sticky stuff in health and medicine.

“Honey has been used since ancient times,” Meschwitz says. “Greeks and Romans used it medicinally as a topical wound dressing and for other ailments, too.”

Researchers today believe honey has the potential to treat a wide range of medical conditions, including burns, eye and ear infections, lung infections, stomach flu, gum disease and even hemorrhoids.

Honey hits pathogens where it hurts. Its acidity and high sugar content make for a hostile environment for germs. Honey is also high in polyphenols, disease-fighting antioxidants. And when it’s diluted, honey produces hydrogen peroxide, a substance that’s toxic to bacteria. Honey even seems to interfere with quorum sensing, which is a sort of Bluetooth for bacteria. It allows them to communicate with each other.

“Quorum sensing is what makes bacteria more virulent,” says Meschwitz. “The advantage with honey is that it fights bacteria on multiple levels,” Meschwitz adds. “It doesn’t allow bacteria to build up resistance.”

Although Meschwitz is testing many types of honey, the consistent champion is made from manuka, a plant native to New Zealand that’s particularly high in a compound called methylglyoxal. Manuka honey products are available in health stores across Canada.