Celine Dion and the Gravity of Grief 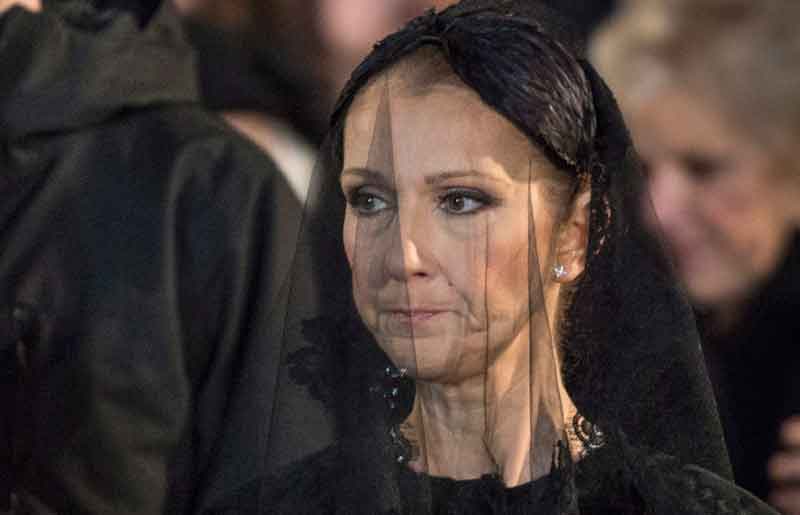 Dion did attend the memorial for her brother on Saturday, one day after her husband’s funeral, but felt she couldn’t cope with her brother’s funeral on Monday.

Understandably, Dion must have felt by Monday that she had nothing left to give in public mourning.

Rene Angelil’s funeral was an occasion that distracted Dion from her loss and comforted her.

All funerals do that as they are meant to, with family and friends supporting the mourners.

But beyond the traditional religious ritual and its comforts, the stateliness and grandeur of Angelil’s funeral swathed Dion in the attention, sympathy and love of her fans.

That likely helped to carry her through the immediate grief that then followed from her brother’s death and his memorial.

The most eloquent (and helpful for mourners) meditation on the death of a husband or loved one and its aftermath is Joan Didion’s The Year of Magical Thinking.

About funerals, Didion writes, “We imagine that the moment to most severely test us will be the funeral, after which this hypothetical healing will take place. When we anticipate the funeral we wonder about failing to “get through it,” rise to the occasion, exhibit the “strength” that invariably gets mentioned as the correct response to death.

It’s only after the funeral that grief takes over in a way which no one can imagine who hasn’t experienced the loss of someone most intimate and loved.

“A devastating time,” a friend wrote, informing me of her husband’s death last month. “I am heartbroken.”

Didion summed it up this way: “Grief turns out to be a place none of us know until we reach it. We anticipate (we know) that someone close to us could die, but we do not look beyond the few days or weeks that immediately follow such an imagined death…

“We might expect that we will be prostrate, inconsolable, crazy with loss. We do not expect to be literally crazy, cool customers who believe that their husband is about to return and need his shoes …

“Nor can we know ahead of the fact (and here lies the heart of the difference between grief as we imagine it and grief as it is) the unending absence that follows, the void, the very opposite of meaning, the relentless succession of moments during which we will confront the experience of meaninglessness itself.”

All this is what Dion must be experiencing, perhaps with the added shock of losing both her husband and her brother within days of each other.

As well, as for all of us, there’s the awful realization that no amount of riches, fame, giftedness, care or love can foil mortality.