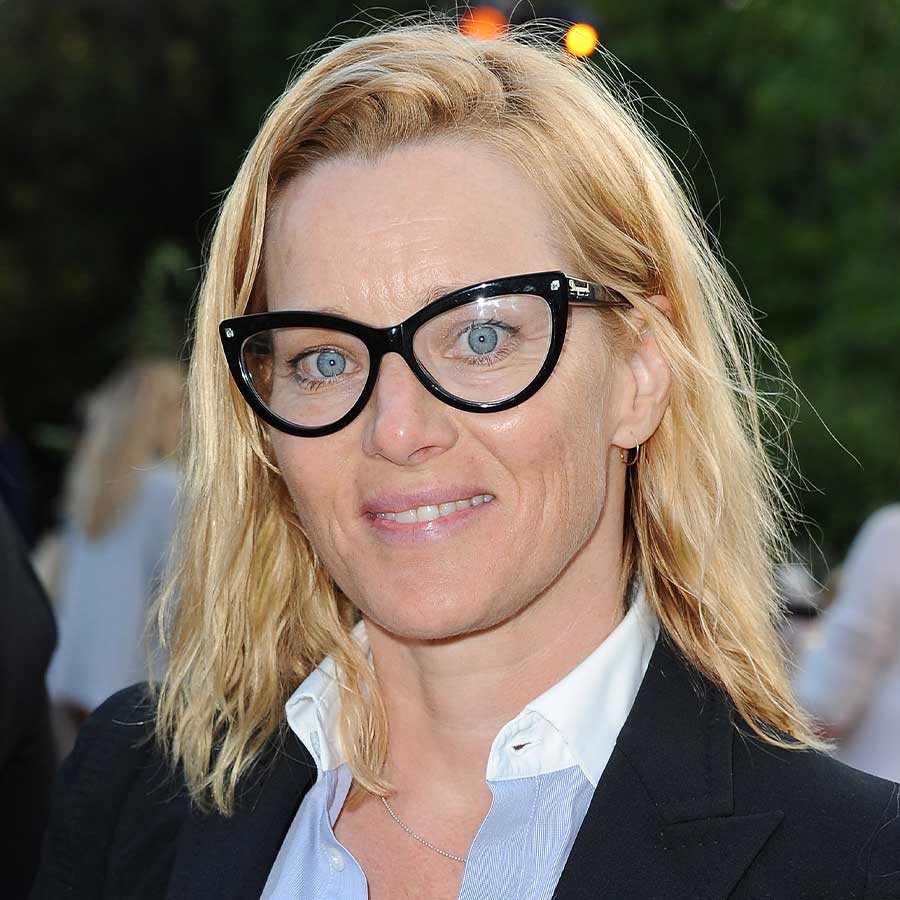 Angela Featherstone’s beauty and talent took her far, but she couldn’t escape her childhood trauma. Here she writes on climbing out of the abyss.

As an unsuspecting but vinegary 17-year-old, I disembarked the dank Greyhound bus, which was held together by torn vinyl and rusting metal and had prattled its way from the bleakness of the predator-addled streets of Winnipeg to Toronto.

No one noticed when I arrived.

Months before, my mother and adoptive father had legally abandoned me to the court. Following years of physical abuse and neglect, my parents and I parted ways when I fled home at age 16, preferring the risk of the streets to the certain, escalating abuse at home.

Within weeks of leaving my family’s brick high-rise across the street from the proverbial train tracks, I was arrested for stealing a pair of cowboy boots from a local mall. It wasn’t the only thing I’d ever stolen. It was simply the thing I got caught for.

After my arrest, to avoid having me back home, my parents surrendered their rights. The feeling, although painful, was mutual. Years before, when I was age seven, my birth father had also legally abandoned me. So, I was alone. The judge, my new authority, had recently freed me at my behest. I couldn’t tolerate a life in the foster care system so I got three jobs and convinced him that I was different from the thousands of other wards of the court who AWOL’d – that I wouldn’t be back.

“I’ve seen your type before,” the stout, ornery judge had said, his glasses perched on his nose tip. “You’ll be back all right, but next time you’ll be 18 and you’re going to prison.”

I knew that he was wrong. I was different.

While I was one of a slew of young girls at a Greyhound bus station fleeing an unpromising life in foster care, sexual exploitation, childhood abuse, neglect and jail, that day I was different because I had a dream, a sense of destiny that outranked any trepidation and common sense. I arrived in Toronto rife with a sense of purpose to become a movie star like my new imaginary friend and inspiration, Marlon Brando.

My dreams made perfect sense to me. Years of isolation in my room, hiding from my mother’s untethered violent wrath, my adoptive father’s criminal neglect and, with the onset of puberty, his sexually inappropriate whippings, had allowed me to connect deeply with my spirit. As such, my imagination and courage knew no bounds. If I dreamt it, I believed it. If I believed it, it existed. And so it was.

Shortly after arriving, I was taken to a party by one of the two people I knew in the city. There I met a man who would become a lifelong friend, Ray, and was introduced to famed photographer Bruno Dayan.

Together, they single-handedly facilitated my becoming the most prominent model in Canada within the year. The same roads that had carried me and my tiny knapsack filled with all my earthly possessions now bore massive billboards with my face on the cover of Canada’s leading magazine. My dream had commenced.

My sudden, desired success allowed me to hide behind a new facade. The shame of years spent wearing tattered hand-me-downs that covered massive welts across my body, welts the shapes of leather belts, wooden spoons and tree branches; the confusion from years of living with narcissists; and the pain of believing myself truly unlovable were quickly suppressed in lieu of a “mysterious-nubile” image.

Soon, I was travelling the world. By age 18, I had been to Tokyo, Los Angeles and New York. By age 19, I lived in Milan, had been to London, Paris, Senegal, Hong Kong, Seoul and Moscow. I travelled first class, swathed in designer cashmere. I wore World’s End jackets, hair cropped, sunglasses and Comme des Garçons army boots, a tangible F*** You to ward off strangers but a Welcome to those unafraid of rage – the outward symbol of my unhealed childhood.

Each printed picture that bore my face was a symbol of success and beauty throughout the world. But it was a constant reminder of my childhood abuse. My nose was broken at age eight when my mother’s foot slammed against it in outrage. The cracked curvature from that kick has graced near a hundred magazine covers. I wanted to leave that old pain behind me, to start my life anew. It was harder to do than I thought.

I had always enjoyed alcohol since it had first touched my lips in high school. Now, with absolute freedom, I drank with abandon. I drank to forget. I drank to escape. The increased demand on my time with my new found success eventually began to encroach on my drinking. I started to show up hours late for photo shoots feeling ill or sometimes not at all.

In the end, I couldn’t do both so I quit working until I could quit drinking.

At 24, that moment finally came. My worldly possessions spread out over three garbage bags, I headed back to Canada and recalibrated. A year later, I resurfaced with a GED, a passion for writing (after a pit stop at the University of Winnipeg and a lucky meeting with a writing professor) and a commitment to act. Finally, I was revisiting my original ambition: acting.

Once a girl whose throat was clenched in grief, so tight she could barely breathe, hot tears rolling down her cheeks each night as she watched the moon and aurora borealis dance through her bedroom window, hoping, praying, begging for a bigger, better life – now was centre stage.

After a brief period back in Toronto to spend time with a dear friend whose life was robbed of him by complications from AIDS, I bought a one-way ticket on a credit card I couldn’t afford to pay off and flew to New York City, confident I would land an acting agent. I did. I was determined that this time would be different. I would focus on accumulating wealth with the secret hope that money could heal my shame.

Within a few years, I was working regularly as an actress in Hollywood. I did TV shows like Northern Exposure, Friends (I played the photocopy girl who famously shagged Ross on his break from Rachel) and Seinfeld. I had a regular role on Cracker, acted in hit studio films like Con Air and The Wedding Singer and was selling sitcoms I wrote to studios. I lived in Beverly Hills and shopped solely on Rodeo Drive. I was a millionaire, but the pain was still there.

On the one hand, I realized that money, success, drinking and travel could not free me, nor could they give me what I wanted most. On the other, I believed loved ones fail you, soulmates die and money has its own set of problems, ones I couldn’t have known until I had some – like the fear that no one really wants you, they are only with you for your money; or constantly having to guard against clusters of sycophants and criminal accountants fleeing with your funds.

There seemed nowhere to turn. I gave up. I withdrew into myself. Rapidly, I destroyed all that I had acquired; I gave up the house I’d been living in and stopped working, becoming homeless, with no new income.

My soul ached like a naked tree saddled with empty beehives, once a vibrant abode, now grey cancerous growths. I was abandoned – if only by myself. I roamed the California mountaintops and the rocky coasts and made day trips to mystical places like Ojai and Joshua Tree.

I had to regroup. To reconnect, realign. What was my purpose? What was I supposed to be doing? I realized that I had never really felt loved. Never had the love I felt I deserved, that all people deserve: the nurturing, supportive love of a parent. I wanted that. I refused to believe that I didn’t get love in this lifetime; that I had drawn a short straw at birth that randomly left me unworthy of love.

In an agonizing moment, alone, on the edge of my bed, a cold gust burst through my window; and having thoroughly exhausted all other options, I stated simply: “I will get love.”

Quietly, I began to seek a spiritual path. I went to a place in Tucson for treatment of trauma. I read books like Bessel van der Kolk’s The Body Keeps the Score and did body work to accompany the mental shifts I was having from therapy – Kundalini yoga, eye movement desensitization and reprocessing (EMDR), acupuncture, Somatic Experiencing and massage. As Dr. M. Scott Peck describes in People of the Lie, growing up in a household where there’s severe mental illness and in foster care, people like myself can become vulnerable to negative energy, so I saw a Maori healer.

I endeavoured a multi-layered treatment and I began to heal.

I became pain-free – both in my heart and in my body. The ubiquitous and raucous noise in my head quieted. I came to know peace. I began to accept and give love in the larger sense, by doing volunteer work for the important foster care advocate group Children’s Action Network and mentored a foster child through Kidsave.

Being around children who are like me helped me heal. I got a rabbit, a voiceless, frightened lagomorph. By giving him a safe place to live and regarding his unique non-verbal forms of communication, the drone in my mind ceased. I was able to provide for him the thing I so deeply craved: a safe place to speak.

Through all of this, I transformed and reemerged anew. I’m still acting, most recently on the HBO show Girls. I have a movie I wrote in development and I completed a memoir, which is currently out to publishers. I have lectured on alternative trauma treatment, and an essay I wrote about sexual exploitation was picked up by numerous news sources, facilitating invitations from human rights organizations around the world.

My new strength is in my healing and the previously trapped trauma that now has become power. I am free today. My past is no longer a suicidal burden. It is the fire that fuels me. Owning my story, claiming my voice and fearlessly speaking my truth gives me a strength to go on that previously eluded me.

Today, I have love in my life. It is not a person, place or thing; it is access to a feeling, a daily decision to create a life where I am happy with the choices I make. That is my mission. I have no idea what will next transpire – only that it will.