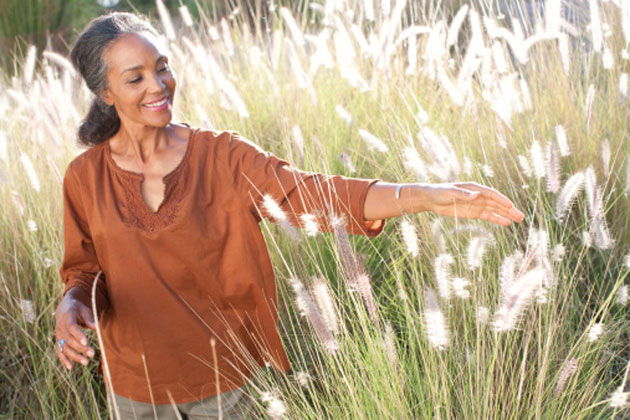 As daunting as it sounds, menopause is not a pit stop in life but a final destination. Here, we debunk some of the top myths surrounding the change of life

Hot flashes, night sweats, mood swings – menopause. Or perimenopause as Dr. Marla Shapiro clarifies. Menopause can be such an abstract concept for many women until the symptoms quickly snap them into a harsh reality. It’s important to educate ourselves to make what can be a rough transition a smooth one. Shapiro helps by debunking a series of myths surrounding the change of life.

MYTH: DEFINITION OF MENOPAUSE VS. PERIMENOPAUSE
When a woman begins to experience the telltale symptoms, many are quick to call it menopause when, in fact, what they are experiencing is perimenopause.

Shapiro explains, “Perimenopause is that window of time – and it could be anywhere from four to six years – where you begin to notice changes in and around the menstrual cycle leading up to the frank menopause. Some of those symptoms may be irregular cycles, periods that are closer together. You start getting a change in the bleeding pattern. It may be heavier, it may be lighter but it seems to start with some unpredictability. They also may begin to get early signs of basal motor instability. Basal motor instability means that they may notice they will get some hot flashes and night sweats as well even though they have still their menstrual cycle. You often think of hot flashes and night sweats as being menopausal so you’ve lost your period and have these symptoms. In fact, you can have these symptoms in conjunction with still having your menstrual cycle and being in that perimenopausal time.”

MYTH: EARLY PERIOD EQUALS EARLY MENOPAUSE
We would like to think that our period is comparable to a full-time job with no overtime – start early and end early, right?

Well, it’s not exactly that simple.

“A lot of these things are found in myths and not in reality. It’s not always that we can predict who is going to have an earlier menopause. The average age of menopause in most North American women is in the early 50s. Somewhere in between 52 and 54. But you’re always going to have women on either side of that window,” says Shapiro.

MYTH: WEIGHT GAIN IN THE STOMACH = MENOPAUSE
We can’t equate everything that happens to our bodies in our 50s with menopause. There are other factors that play a role in our bodies change. “Another myth is that woman will gain weight with menopause. But it’s not hormonally mediated. It’s more age-related than anything else. We know that as we get older we tend to move less and we need less calories. We also know by virtue that if we maintain what we are doing we tend to usually gain five per cent every year in the decade after 40 because of the fact that we just aren’t eating the way we should be eating or maintaining the calories that we used to. We are more sedentary we aren’t moving as much as we should.”

MYTH: NATURAL IS BETTER
When it comes to the natural health trend, Shapiro doesn’t recommend you follow it when it comes to dealing with the changes your body is facing.

“Now, the concept of natural has been mistaken to mean without harm. And that simply isn’t true. The concept that something natural is without harm and is safer is a marketing concept, not a concept founded in science or evidence or medicine at all. It’s important for woman to understand what their options are. Many woman will turn to the complimentary alternative and, in fact, our studies show that most of these alternatives like herbal medication, soy and cohesion – all of these things that woman want to use – are no better than placebos. They may help initially but they’re no better than a placebo.”

MYTH: I AM NOT SEXUALLY ACTIVE SO I DON’T NEED TREATMENT FOR VAGINAL ATROPHY
Vaginal atrophy is not something to be ignored, sexually active or not.

“It’s very important that all women recognize as they progress through menopause vaginal atrophy will get worse, progressively worse. Whereas hot flashes and night sweats disappear, vaginal atrophy gets progressively worse and the treatment of atrophy is something that is taboo. Women don’t bring it up, doctors often don’t ask about it. In fact, we have inordinately safe, local treatments in the vaginal area absorbed only in and around that area – not absorbed systemically – and are extremely safe. There is also the myth that if you’re not sexually active, then it doesn’t matter. It does matter as vaginal atrophy is tied  to genital urinary health,” says Shapiro.

MYTH: HORMONE THERAPY IS BAD
If you are feeling uncomfortable and are avoiding hormone therapy because of fear of that hormone therapy may have challenging side effects, speak to your doctor before reaching conclusions. “Women are stuck in the headlines of 2002 when the headlines blared that hormones would give you a heart attack or breast cancer or a stroke. Those broad sweeping generalizations simply are not true and are definitely not true for younger women,” says Shapiro.

“The gold standard for the treatment of hot flashes and night sweats is really menopausal hormone therapy. And that varies if you have a uterus that is intact or a uterus that has been removed; the type of hormonal preparations will vary. We have many roots of hormonal preparations, so we can have transdermals (meaning either a patch or a gel) and we have medications that are oral. There are lots of different roots of administrations and different hormonal preparations in varying doses so we can find the lowest dose that’s most effective and generally use it for a period of time that is required in a case-by-case basis.”

MYTH: MENOPAUSE IS JUST A STAGE
As daunting as it sounds, menopause is not a pit stop in life but a final destination.

“Menopause is that stage of life that you’re in forever after you’ve stopped your menstrual cycle for a year. Once you’ve stopped your period for a year, you are now in the menopause and there you stay. What women really mean when they are asking me this is ‘Are my symptoms over?’ For 15 per cent of women, they will never lose hot flashes and night sweats. But most women will – over a period of time – lose the hot flashes and night sweats.”

The most important things to remember when facing this new phase in life is pay attention to your body. “Menopause is a wonderful time to take stock of your health: your bone health, your breast health, your colorectal health. It’s never too late to start exercising. It’s never too late to start eating better.” And speak openly with your doctor. “Have a relationship with your health-care provider, where you can really become empowered and informed about what you can do. Do not go onto the Internet and receive a lot of misinformation from so-call menopause experts.”

Now, pull your partner into the conversation and teach them how this can be a good time to reboot your relationship by clicking, here.