6 Innovations in Treatment for Urogenital Health 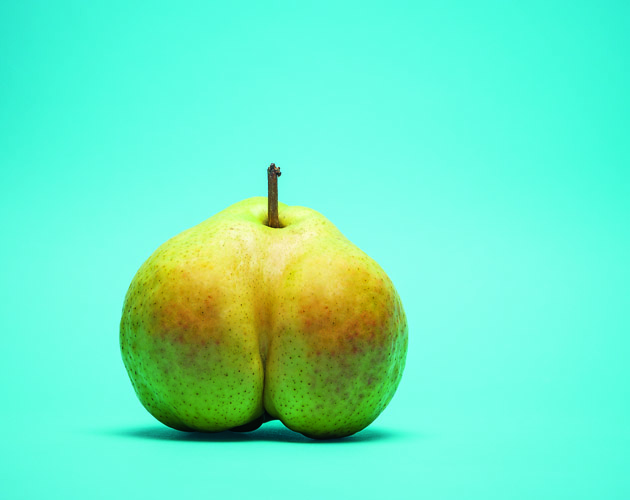 Here, the latest innovations in treatment for urogenital health—urinary and sexual—from high-tech to topical.

Not sure if the big screen is the chicken or the egg for vaginal rejuvenation but after getting a nod in Tina Fey and Amy Poehler’s 2015 flick, Sisters, surely we can say it’s officially mainstream. In fact, Health Canada recently approved CO2 laser treatment for genitourinary syndrome of menopause – what used to be referred to as vaginal atrophy.

Dr. Susan Benzaquen, chief of obstetrics and gynecology for Mackenzie Richmond Hill Hospital in Ontario, says the laser works by stimulating vaginal tissue to “remodel itself.” She uses MonaLisa Touch (smilemonalisa.ca) and, other than “little pulses of air” says her patients feel no discomfort during each five-minute session, of which they get three six weeks apart at a total estimated cost of $2,100. The MonaLisa probe creates “dots of damage” that incite a healing response, producing more collagen, more elastin and new blood vessels.

Benzaquen describes it as “turning back the clock when it comes to how the vaginal mucosa not only looks but also how it functions.” Most of her patients experience an immediate decrease in pain and irritation and “most importantly and often the driving force for these women, decreased pain with intercourse.”

And she says it’s important to note that the treatment is an alternative for women who’ve had hormone-receptor positive cancers and should not use oral or topical hormones.

The technology has been used in dermatology to rejuvenate the face, neck and chest so it’s nothing new to Dr. Elizabeth Lourens, medical director and co-owner of Calgary’s Age Management Institute. She spends half her time on cosmetic medicine and the other half treating pre-, peri- and post-menopausal women.

Lourens uses a integrated approach with her patients, which can include exercise, nutrition, bio-identical hormone replacement therapy (BHRT) and Femilift (www.almalasers.com/us/femi lift), another CO2 laser brand. Femilift treatments include three sessions typically and an individual probe cover for an estimated total of $3,000.

And because the front wall of the vagina is less than a centimetre away from the bladder, the laser can also help rejuvenate bladder tissue to improve urinary incontinence – a condition more than half of Lourens’ patients also experience.

For erectile dysfunction, there’s the plainly named ED1000 (ED1000.ca). The key to how it works is low-intensity shock wave therapy that induces neovascularization – growth of new blood vessels in the penis.

“The garden variety of ED, around 80 per cent, is because of poor blood flow,” says Dr. Dean Elterman of University Urology Associates in Toronto. In fact, poor blood flow (endothelial dysfunction) is the same underlying cause of heart attack and stroke, which is why ED can precede a cardiac event by three to five years, notes Elterman.

There’s no actual shocking involved; the shock head, which looks like an over-sized microphone, is held to the shaft of the penis and employs sound waves like those used in sports medicine, orthopedic and joint therapy and for heart rehab.

For less than $3,000, patients receive 12, 20-minute sessions over nine weeks. The treatment is painless and risk-free. And although more than five years old, it’s gaining acceptance, says Elterman, as more and more studies show its efficacy at improving function – even among men for whom the little blue pill doesn’t work.

Women with mild to moderate stress urinary incontinence (SUI) have another alternative, and it’s just a drugstore away. Poise, the makers of absorbent pads and liners launched Impressa Bladder Supports in Canada earlier this year: a tampon-like device made of felixible silicon that, once inserted into the vagina, slightly compresses the urethra to help prevent leakage when a woman increases intra-abdominal pressure, i.e., laughing, coughing, sneezing, jumping or even walking.

Poise Impressa comes in three different sizes for varying degrees of prolapse (falling of the bladder muscles) and can be worn for up to eight hours a day. Or it can be worn just when needed.

Spokesperson Dr. Jennifer Berman, a California-based urologist and regular on CBS’s The Doctors, says women start avoiding exercise, and that can make matters worse as being overweight increases the risk of SUI. “It’s all about the freedom it gives women to not only wear clothing that’s close-fitted but also to swim or be able to engage in the activities they used to, without fear about leakage,” she says.

IT’S A GUY THING
As the medical director of the prostate cancer rehabilitation clinic at Toronto’s University Health Network (UHN), Dr. Dean Elterman also treats men for incontinence. It’s one of the two most common side effects – the other being ED.

For moderate to severe cases, the latest in surgical interventions are adjustable slings. Like a “cushion filled with water,” it presses against the urethra to prevent leakage. The innovation comes from the fact that it can be drained or topped off with water down the road so as to customize the support each patient needs now and in the future. Elterman also treats bladder control with good old-fashioned exercise.

As staff urologist with UHN, he sees men and women to whom he recommends pelvic floor physiotherapy – think of it as Kegels but better. Ask your doctor for a referral or go to pelvichealthsolutions.ca to self-refer.

TOPICAL
And, of course, taking care of the outside can be just as important. Confiance (www.deucosmetics canada.com) is a cream-to-gel moisturizer developed in Italy to hydrate and improve tone and firmness of the vulvovaginal area.

Its formulation includes an extract from a type of algae that can regenerate itself if reintroduced to water after years of drought. The topical is also being tested for post-pelvic surgery healing and scar prevention in men and women.