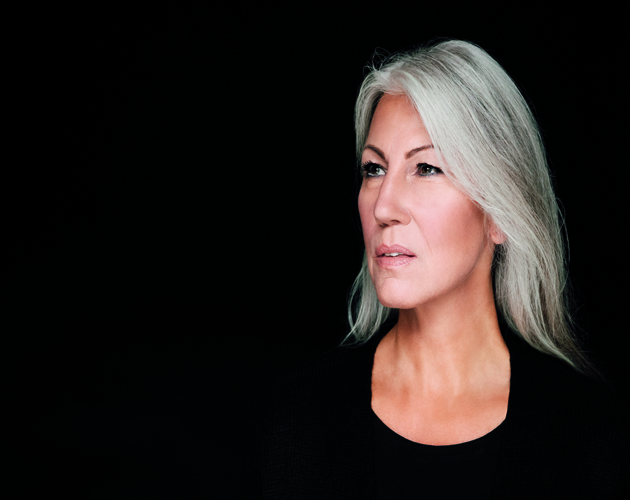 Symptoms of genitourinary syndrome of menopause (GSM) can take sex off the table for some women. Here, Dr. Fay Weisberg explains the benefits of her Mona Lisa Touch.

Dr. Fay Weisberg has learned something about boomer women during her 25 years as a gynecologist. “These are women who enjoyed sex and they tell me, ‘I still want to have sex, and that shouldn’t change just because I’m older.'” But symptoms of genitourinary syndrome of menopause (GSM), including vaginal dryness and irritation of the vulva, can take sex off the table for them. And they’re not the only group.

Despite other causes, as many as 40 per cent of women under 40—and 90 per cent of those over 40—go into menopause as a result of undergoing chemotherapy for breast cancer. Earlier this year, Weisberg introduced the MonaLisa Touch vaginal laser treatment for GSM through her FemRenew clinic in Toronto.

She started by offering it on the house and extended that to women of the cancer centres at Sunnybrook—where she is also on staff—and North York General Hospital in Toronto. One woman in particular sticks out for Weisberg—a 49-year-old who hadn’t had sex in 15 years. She sent flowers between her second and third treatment. “When she came back in, she hugged me,” Weisberg recalled. “Breast cancer patients can feel less feminine because of their disease and their surgery, so it’s sort of the last straw that their vagina is then taken away.”

Add to the abstinence list, says Weisberg, are her patients who have partners with performance issues as well as those taking medications, such as anti-depressants, that can lower libido. The rub for all women not having sex, says Weisberg, is that frequent intercourse can be the best thing for the vagina because of the blood flow and natural lubrication it stimulates.

There are no risks or contraindications from the MonaLisa laser so any woman, regardless of age, experiencing pain, dryness and irritation can be a candidate, Weisberg notes. Her patients report little or no irritation with results lasting as long as a year and starting as soon as after their first session—patients are normally prescribed three to start. It works by “damaging” the vaginal walls to elicit a healing response.

“It brings lubrication. It brings thickness. It gets rid of the dryness. It works like estrogen without using estrogen.” That suits her patients, more and more of whom want an alternative to hormone replacement therapy (HRT). And it’s especially important for breast cancer patients, 80 per cent of whom are ER-positive. That means their cancer cells grow in response to estrogen. “It sounds like a small niche, to do something for women who have breast cancer, but they’re grateful that someone realized this is a problem and that there’s something safe to use that’s going to give them back what they’ve lost.”

Weisberg also provides patients with vaginal health protocols, recommending water-based lubricants to avoid chemical irritants. Another easy-care-down-there tip: to moisturize the sensitive skin in that area, avoid petroleum jelly and drugstore vaginal creams as they can alter the vagina’s pH, says Weisberg. “The best thing is Crisco shortening,” she says with a chuckle. “It’s cheap. It’s over-the-counter and easy to use. I love it.”

A version of this article appeared in the November 2016 issue with the headline, “Bringing Sexy Back,” p. 24.