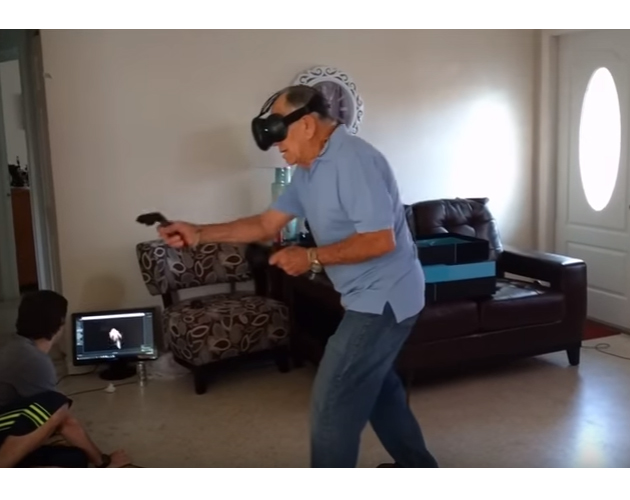 This grandpa proves you’re never too old for video games.

On his 81st birthday, Leonardo Ramallo’s grandfather got a glimpse of just how far video games have advanced as he entered a post-apocalyptic virtual reality game for the first time.

When Ramallo’s grandpa found himself surrounded by zombies with no ammunition left, he adapted like only a boomer can. “I’m going to punch them,” he says in the video, determined to continue the game. “They’re running away from me!”

Ramallo shared the hilarious video of his grandpa on Facebook where it has been viewed more than four million times.

If there’s ever a zombie apocalypse, this is one grandpa you’ll definitely want on your side.