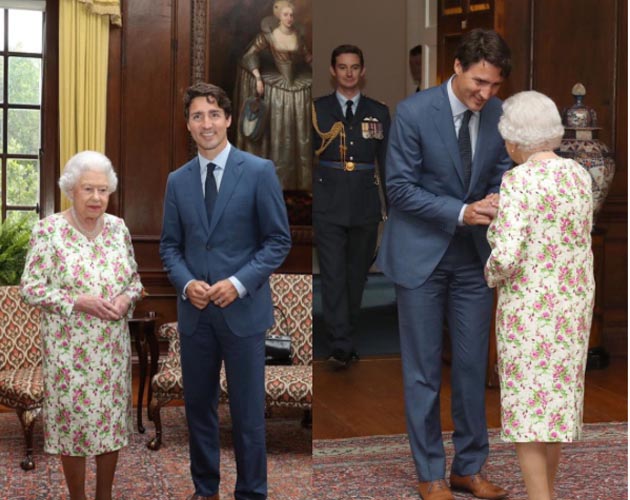 Justin Trudeau became the second Prime Minister in Canadian history to be awarded an honourary degree from the University of Edinburgh.

Prime Minister Justin Trudeau was awarded the degree of Doctor honoris causa in recognition of his commitment to equality and diversity at the University of Edinburgh on July 5.

Taking to the podium, he thanked Scotland for their partnership and regaled the audience with a tale passed down from his Scottish great-grandfather, complete with a convincing accent.

Nearing the end of his speech, the Prime Minister took some time to personally address the graduates in attendance. “If it excites you a lot and scares you a little, then you should probably do it,” he advised. “Be bold, be brave, be open to the incredible opportunities in front of you.”

Trudeau also had a private meeting with Queen Elizabeth at the Palace of Holyroodhouse in Edinburgh.

And watch a clip of Trudeau’s acceptance speech here …