89-Year-Old Becomes Oldest To Graduate From A Toronto University 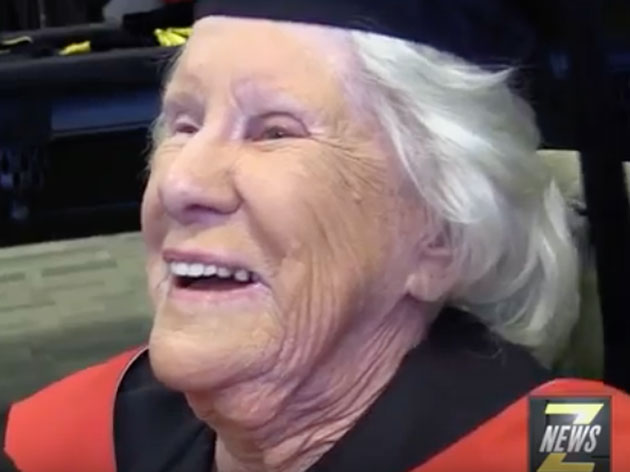 Alma Kocialek, 89, recently became the oldest to graduate from a Toronto university.

Alma Kocialek proved that it’s never too late to learn something new. At 89, she’s the oldest person to graduate from a university in Toronto and possibly, all of Canada.

The Brampton, Ontario woman had started a York University degree in 1978 but soon had to put it on hold after she started a family and her own business.

More than three decades later, she decided to finish what she had started, enrolling at York University once again, this time for a 4-year degree in Gender and Women’s Studies.

“All my friends had their doctorate or masters or whatever. And I said I want a degree. I want to accomplish something,” she told The Toronto Star.

As she crossed the stage, fellow students and attendees gave her a standing ovation.

When asked if she would be taking anymore courses she responded like a typical university grad. “No,” she said with a laugh. “I’m going to have fun.”