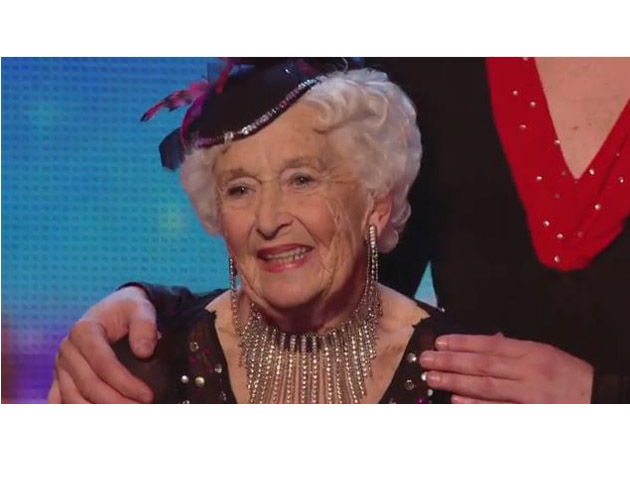 The former Britain’s Got Talent dancer proves you’re never too old to salsa.

Meet Paddy Jones, the 83-year-old salsa dancer from England who took the Internet by storm after her performance on a 2014 episode of Britain’s Got Talent and a viral video of her dancing up a storm in Spain. She even holds the Guinness Book of World Records as the world’s oldest acrobatic salsa dancer.

Jones, who retired to Spain with her husband after years working as both a dental nurse and fabric shop owner, took up salsa dancing again after her husband’s death from leukemia in 2003. She’d found herself suddenly alone in a foreign country after his passing and looked into salsa classes to keep her occupied. (Her four adult children had remained in England.)

“I kept myself busy, gardening all day until it got dark and then ­falling into bed exhausted. I didn’t have a ­television, so when autumn came I thought I’d better find something else to keep me busy,” she says. “I was the oldest person at [the dance studio] by far, but salsa is very inclusive. Men over there don’t think, ‘Oh, I can’t dance with an old lady.'”

In the viral clip below, filmed in Spain, we first see Jones in the crowd dressed all in black and equipped with a cane. The seemingly frail Jones watches from the sidelines during a salsa-themed street performance. “Incredible,” she says to a fellow onlooker as the street performer hoists a volunteer into the air. “But I can’t, I have arthrosis.”

When the instructor asks for another volunteer, however, Jones shuffles forward claiming she wants to “dance a little bit.” After the first dip, the crowd appears visibly concerned for her safety. But, as the music picks up, their apprehension turns to sheer amazement.