Fight Drowsy Driving and Jet Lag with This Simple Ingredient 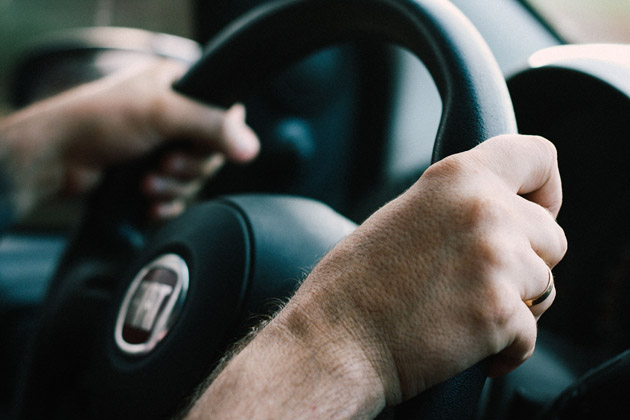 It’s Drowsy Driving Prevention Week. Pucker up and stimulate brain activity whenever you feel tired with this natural ingredient.

After a particularly grueling 15-hour workday, Anson Williams fell asleep behind the wheel. Within seconds of doing so, he’d veered off the road and was abruptly jarred awake by the rocking motions of his car.

“It was a really hot day and I was driving home through the Palmdale desert in California,” Williams, 68, recalls. “[Without realizing it], I’d gone off the road and only woke up when I started bouncing around. I’m lucky to be alive; God knows what could have happened.”

It’s been 18 years since the former Happy Days star (he played fan favourite Warren “Potsie” Weber) had his near-death experience, but it left the actor-director shaken to the core and determined to combat drowsy driving. To do so, he enlisted the help of his famous uncle, Dr. Henry Heimlich (creator of the Heimlich Maneuver). Together, the two concocted the perfect antidote: Alert Drops, which only requires a simple spritz of lemon juice right to the centre of the tongue to wake you up.

“Dr. Heimlich explained to me how the citric acid in a lemon, when bitten, will hit the lingual nerve [at the centre of your tongue] and your brain will wake up instantly,” Williams says. “You know how you go to a doctors’ office and they test your reflexes by tapping your knees? It’s the same thing. It’s an automatic reaction. There’s nothing magical about it, it’s just the way the body works. So I started cutting up lemons and keeping them in my car and never [fell asleep at the wheel] again.”

Williams—whose birth name is Anson Heimlich—later reached out to his business partner, Joanna Connell, and the two endeavored to create a natural, travel-friendly lemon spray that also raises awareness about this citric lifesaver.

“There’s 168 million Americans that drive while drowsy,” he says, referencing a recent study. “One out of five people admit to falling asleep, yet no one talks about it.”

Consider this: The human mouth carries between 5,000 and 10,000 taste buds, with each bud containing more than 50 receptors that transmit information directly to the brain. The “sour” taste message received via a lemon travels through the nerve fibers to the brain and reaches the sensory cortex, instantly alerting you to your surroundings.

“We found the perfect combination with the lemon,” Williams says. “Alert Drops are 60 percent citric acid, sour lemon and water with some sodium benzoate [a food preservative]. One spray can last up to 30 minutes and if you need it again, do it again!”

With the official launch of Alert Drops in June, Williams is making the rounds on TV, touting the new product his uncle, Dr. Heimlich, predicted would become a major lifesaver. “He passed away in December [2016] and during one of the last phone calls we had he said, ‘Anson, this will save more lives than the Heimlich Maneuver.’ His philosophy was [similar to] an old quote that goes: ‘We all die, but we need to leave something behind that doesn’t.’ If I can continue that tradition and know that, long after I’m gone, lives will continue to be saved, then what a great purpose!”

Last year, Alert Drops won the 2016 City of Angels Award for best breakthrough product and received recognition from the U.S. Congress, State Senate and the City of Los Angeles. And there’s no stopping Williams from continuing to press forward with his product.

“It took almost killing myself to learn all this,” Williams says with a chuckle. “But Dr. Heimlich was always so smart in knowing how the body works and those mystery connections we have. It’s all very old science—all we did was take the information that’s already out there and create a more convenient way of distributing it.”