What Movember Really Means To A Prostate Cancer Survivor 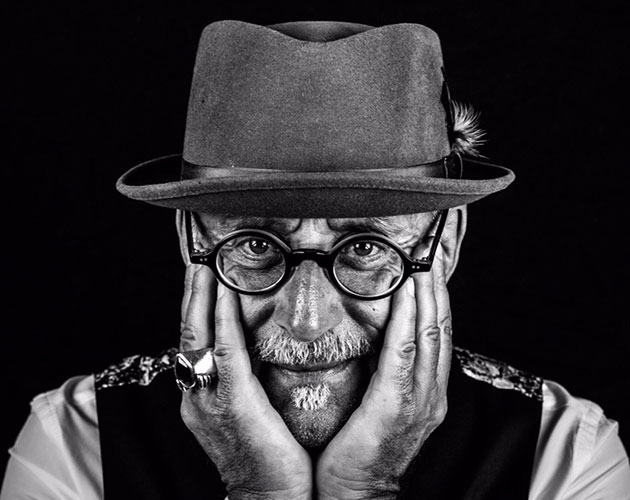 Veteran advertising copywriter Ron Telpner admired Movember for both its cause and bold advertising campaign. But after he was diagnosed with prostate cancer himself, his relationship with the charity became something else entirely.

Veteran advertising copywriter Ron Telpner was in the thick of his Mad Men days in Toronto when Movember first caught his attention.

Like most men who lived through the 1970’s heyday of the moustache, he had a certain affinity for Movember’s hairy ribbon. As a teenager in Winnipeg he says he was “issued a moustache and mullet automatically” and kept the former well into the ’80s.

But it was also the campaign’s bold advertising strategy that interested him.

“It wasn’t like any traditional charity,” Telpner explains. “It was about having fun and raising funds and they were really true to their brand identity.”

Before long, Telpner was growing a moustache, raising funds and offering his advertising insights to the company every Movember. But it wasn’t until he was diagnosed with prostate cancer at the age of 60 that he experienced the full breadth of what Movember had created. Having been involved with the charity, he was already aware of an entire community of other survivors who—thanks to Movember—were available for support. “I want to say Movember became my best friend,” he says. “They’re the ones that helped me through it.”

The Movember community also became a practical resource as Telpner began reaching out to prostate cancer survivors to help him determine a treatment that was right for him.

After two years of active surveillance—where his doctor monitored the cancer’s growth rate—it was determined that Telpner would need a prostatectomy.

“The day after my prostatectomy I had about 300 messages from ‘mo bros’ and ‘mo sisters,'” Telpner says. “To have those kind of people sending you that positive energy and being supportive and caring, it helps recovery substantially.”

It’s that support that Telpner now offers to others as a survivor. Only a few minutes into his interview with Zoomer, Telpner received a phone call from Robert Cherniack, a childhood friend who was in the process of deciding on a prostate cancer treatment.

“Once I got diagnosed he was the first person I thought of to call and talk to,” Cherniack says of Telpner. “He’s been an invaluable resource and a tremendous help for me.”

In addition to the individual support Telpner offers, he hopes that his story encourages healthy men to become more proactive with their health.

Like many men who are diagnosed with prostate cancer, Telpner went in for testing only after he started experiencing symptoms. Dr. Stuart Edmonds, Vice President of Research, Health Promotion and Survivorship at Prostate Cancer Canada, says that early testing is crucial. “The challenge is that when you have the symptoms of prostate cancer, it may already be [at] an advanced stage that may be tough to treat locally.”

Dr. Edmonds recommends men have a baseline PSA test—which can detect prostate cancer in its early stages—in their 40s and even earlier if they have a family history or are of African or Caribbean descent.

“So the real importance,” Dr. Edmonds explains, “is guys taking control of this as an issue and actually going to get tested, being informed, understanding what their risk is, and then monitoring their health.”

Although he only made changes after his diagnosis, Telpner insists that leaving the three-martini lunches of advertising behind for a healthier lifestyle allowed him to push back against the cancer.

But he also believes that a positive attitude has helped him through. “People describe it as fighting cancer. I always thought I was rolling with cancer,” Telpner explains. “That I was going to be able to deal with this and I just didn’t believe it was going to kill me.”

Maintaining that attitude hasn’t always been easy either. Due to rare complications with his prostatectomy, Telpner developed scleroderma (a group of autoimmune diseases that may result in changes to the skin, blood vessels, muscles and internal organs), which left him with 60 percent lung capacity.

When his doctor suggested he sing aloud to improve his breathing, Telpner did a little more than roll with the suggestion and took classes at the Haliburton School of the Arts.

“I thought I’d just be playing ukulele but they made me learn to read music and I wanted to shoot myself,” he jokes.

Since then, Telpner has put on a number of benefit concerts for Movember that feature his own original songs.

For Telpner, finding that optimism after his diagnosis had a lot to do with the Movember campaign. “Being involved in Movember gave me focus to put my experience into some kind of positive energy,” he says.

Now, the former “mad man” is six years cancer-free and hopes his story resonates with the men who need it the most. “I just hope to show men that there is life after prostate cancer,” he says. “And this probably sounds corny, but if I can save one man’s life, I’ve done everything I could ever do.”