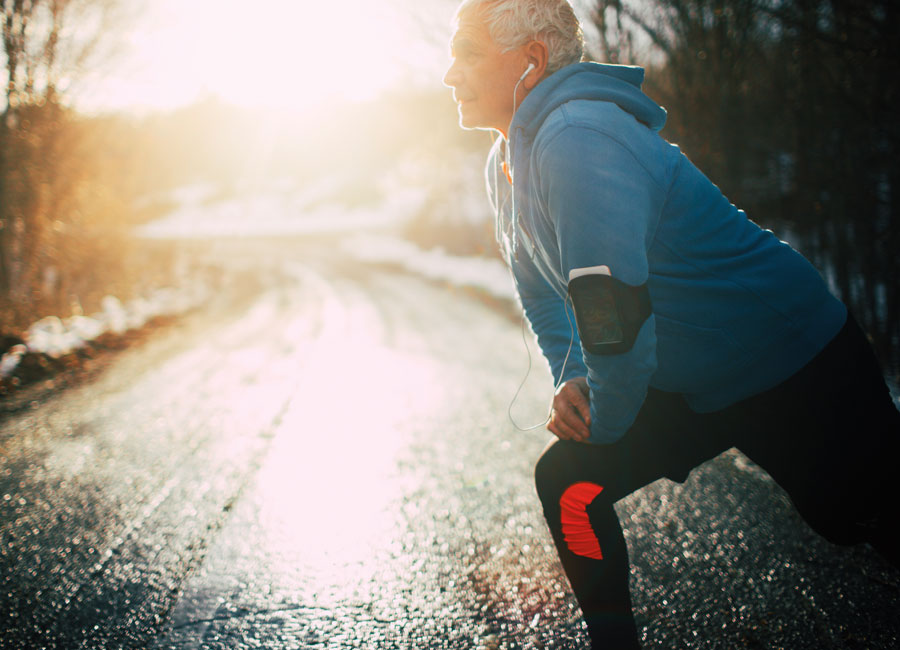 Thanks to some scientific innovation, people with diabetes have some natural options for managing the disease.

Staying active as we age has shown many health benefits, including for those with diabetes – almost 50 per cent of whom in Canada are over 65. And, when you consider that 90 per cent of all diabetes sufferers are over the age of 45, it’s time to take matters into our own hands. Getting your muscles moving, for example, helps the body better manage insulin. On the prevention front, findings out of India have shown that a brisk walk for 30 minutes daily can reduce the risk of the disease by one-third.

Plus, researchers from New York State’s Binghamton University are working on a glucose monitor that can be worn while working out. Unlike more unwieldy conventional blood glucose monitors, the Binghamton sensor is worn like a Band-Aid and measures glucose levels in the users’ sweat. Because you are monitoring your levels while working out, it could help prevent exercise-induced hypoglycemia – a condition that occurs when the sugar levels in your blood are too low. Symptoms can include dizziness, blurred vision, headache and loss of co-ordination, anxiety, irritability and heart palpitations.

Also important for diabetes management is diet and a new omega-3 supplement is targeting the disease’s most common side effect: diabetic neuropathy. More than half of people with Type 1 or Type 2 will experience neuropathy, or nerve damage, that results from prolonged high blood sugar. Most common in the feet and hands, the condition can cause ghost sensations, pain and impaired motor function at its worst.

Nutritional scientist Evan Lewis, a former member of Canada’s national sailing team, originally developed Nutarniq Essentials to improve nerve function among elite athletes. Because muscles rely on nerve messages to perform, helping nerves work faster and fatigue less quickly can be advantageous when winning comes down to hundredths of a second, he explained.

The athletes he studied showed improvement within weeks, inspiring Lewis to think bigger. “I said, ‘What about the people at the opposite end of the health spectrum – who aren’t athletes but who need help so their nerves function better? So they don’t hurt as much. So they can walk up the stairs. So they can improve quality of life.'”

Lewis tracked 40 diabetes patients over 12 months and not only did their symptoms remain stable but also, on average, they had nerve regeneration of 30 per cent. To develop his supplement’s ingredients, Lewis first looked at historical precedence: research done in the 1970s on omega-3 fatty acid consumption among Inuit populations who showed an enviable absence of chronic disease. “Everybody was talking about the fish they eat – but they didn’t just eat fish. They ate seals as well.”

He found that seal oil has a higher concentration of omega-3, including DPA – a form not found in fish oil. To enhance absorption, the supplement is taken via dropper under the tongue. Its only preservative is natural vitamin E and, in case you’re having cod liver oil flashbacks, Lewis says the only taste is from lemon oil used as subtle flavouring. $60 (150 ml), nutarniq.com

A version of this article appeared in the November 2017 issue with the headline, “Tracking Science,” p. 24.