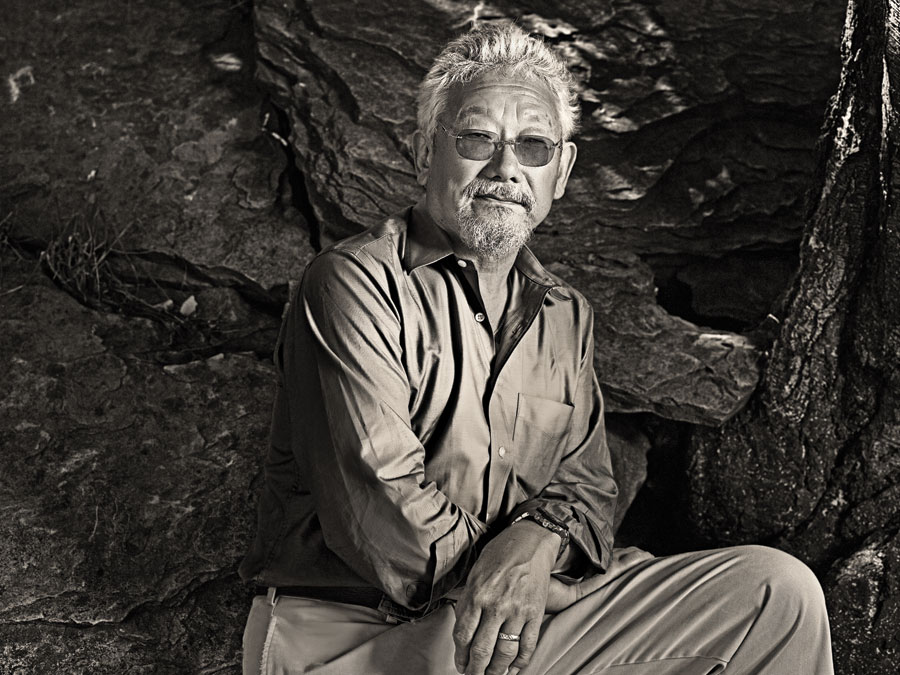 Humankind is at a critical moment. What we do or fail to do over the next few years will determine whether we become extinct by the end of this century.
That’s a melodramatic statement, but some scientists now suggest we have passed too many critical tipping points to avoid this possibility.
Although I agree with the sense of urgency, I don’t understand the point of saying it’s too late. That will hinder or destroy the motivation to find solutions. Besides, I don’t think we know enough to make such a dire prediction. So let’s get on with seeking solutions. Urgently.

We are in the Anthropocene: the period in geological history when humans have become the dominant force shaping the physical, chemical and biological properties of the planet. Through the sudden conjunction of population growth, explosive technological innovation, hyper-consumption and a globalized economy, our impact on the biosphere is without precedent. The problem is that we don’t know enough to avoid the unintended consequences of much of what we do.

Some cases in point: Swiss chemist Paul Mueller discovered in 1939 that DDT was a potent insecticide and was rewarded with a Nobel Prize in 1948. Years later, scientists tracked down the cause of catastrophic decline in birds: biomagnification of chemicals such as DDT up the food chain, a phenomenon only discovered when eagles began to disappear. When the U.S. dropped atomic bombs on Japan in 1945, we didn’t know about radioactive fallout. After people started using chlorofluorocarbons, scientists discovered they were destroying the ozone layer.

Over and over, we develop new technologies, only to discover we can’t predict their consequences because we don’t know enough about them. Yet, rather than halting their use until we learn more, corporations fight to continue making money. A current example: neonicotinoids are potent insecticides to which pollinating bees are particularly sensitive. The European Union has banned them, but chemical companies are fighting to keep using them in North America.

Despite this history of unintended consequences of science and technology, we continue to rush to embrace innovation – nanotechnology, artificial intelligence, genetic engineering. And now, unwilling to abandon fossil fuels to avoid further disruption of weather and climate, corporations propose geo-engineering as a solution – taking over the atmosphere and reducing warming by manipulating nature.

The question most often posed to me is whether climate change is the biggest threat we confront. Even if we were to resolve it, we face enormous challenges from toxic air, water and soil pollution, species extinction, ocean degradation and much more. The root cause of all these problems is the human mind, the beliefs and values that determine the way we see the world and motivate our actions.

By the time my parents married, they had been deeply scarred by the Great Depression. As a result, they constantly repeated aphorisms: save some for tomorrow; live within your means; share, don’t be greedy; work hard for money to buy the necessities in life, but don’t run after money as if having more makes you a more important person. When the Second World War ended the Depression, Americans chose to shift from a war-based economy to a peacetime economy based on consumption. It worked! Seventy per cent of the North American economy now rests on consumption, serving our “wants,” not our “needs.”

How did we get here?

The word economics comes from the Greek word oikos, meaning household or domain, the same root word in ecology. Ecologists study life forms to find the rules and principles underlying their survival. Economics is the management of home, which should be conducted within the constraints of ecological principles.

But over the past century, humanity has distanced itself from the natural world, as we moved from rural villages to cities. Farming communities know that weather and climate are critical for agriculture, insects are essential for pollination, certain plants fix nitrogen from the air as fertilizer in soil, winter snow provides summer moisture. In short, farmers understand that we are deeply embedded in and dependent on nature. In cities, we live in human-created environments where our highest concern becomes jobs.

Stephen Harper was prime minister for nearly 10 years. He deliberately avoided discussing climate change because he believed acting to reduce greenhouse gas emissions was “crazy economics” and would “destroy the economy,” claims that have been disproved by Germany, Denmark, Sweden and other countries that have taken the threat of climate change seriously. Harper elevated the economy above the very atmosphere that keeps us alive.
In dealing with environmental issues, I often hear that we must choose between the economy and the environment. This is insane. The environment – air, water, soil, other species – keeps us alive and healthy. The economy is a human construct. It can and must be changed to conform to the realities of nature.

Today we are bombarded with the demand for economic growth, which has become the very definition of progress. But growth by itself is just a description of a system’s state. The idea that we must maintain constant growth prevents us from asking fundamentally important questions: What is an economy? What is its purpose? Are there no limits? How much is enough? Are we happier or healthier with all this stuff?

We live within a fixed and finite biosphere. Nothing within it can grow forever. Steady, endless growth is the creed of cancer and will have the same result: death. Ecological economists suggest that the current global economy is growing by using up our biological capital. It can’t be sustained. It’s time we listened.

So what is the solution?

In the 1970s and ’80s, environmentalists celebrated after stopping dams, supertanker traffic along coasts and drilling in critical areas, only to find they had to fight the same battles again 30 or 40 years later. In other words, what seemed like victories have turned out to be pyrrhic because we failed to shift the way people see the world.

In the late 1970s, I interviewed an Indigenous person who fought logging in his territory despite his tribe’s poverty and desperation for jobs. I asked what difference it would make to him if the destructive logging continued until the trees were all gone. He answered, “Then we’ll be like everybody else, I guess.” He meant that he didn’t end at his skin or fingertips. Trees, fish, air, water and everything around him made him and his people special. Without those surroundings, his people become “like everybody else.”

As I reflected on this, I realized that Indigenous culture represents the accumulated knowledge of thousands of years of triumphs and mistakes, successes and failures. Those cultures have a record of living in balance with their surroundings for millennia. Extinction of Indigenous cultures and languages is a tragic loss of priceless knowledge that science can never replace or duplicate.

I began a personal journey of discovery among Indigenous peoples in many parts of the world. Everywhere it’s the same. They refer to Earth as their mother and speak of being created from her body through air, water, soil, food and energy from the sun. These essential elements are created, cleansed and replenished by the web of living things.

That is the fundamental foundation on which all societies, governments and corporations are built, and protecting these sacred elements that give life to all species – earth, air, fire, water, biodiversity – should be everyone’s responsibility.

I am now an elder in the “death zone,” nearing the end of life. This is not morbid, but rather a realistic statement. This is the most important stage of my life. I am free from the constraints of seeking a job, raise or promotion. I am no longer driven by a need for more money, fame or power. I can speak the truth from my heart. If that offends, it’s not my problem. I have lived an entire life. I’ve suffered failures, made mistakes and celebrated successes. I’ve learned a lot, and now I can sift through those hard-won life lessons for important nuggets worth passing on, like what really matters most, what has been the greatest pleasure, what gives us pride and what we hope for our grandchildren.

My bet is these lessons won’t be about consumption, materialism or dominance over our natural world. My bet is they will be about coming together, to live interdependently with one another and with nature. About choosing sustainability over short-sightedness and truth over false narratives. About choosing love and respect over fear and hate.

A version of this article appeared in the December 2017/January 2018 issue with the headline,”Reflections of an Eco-Warrior,” p. 78-79.