FSH: How This Hormone Might Be the Nemesis of Mid-Life Health Woes 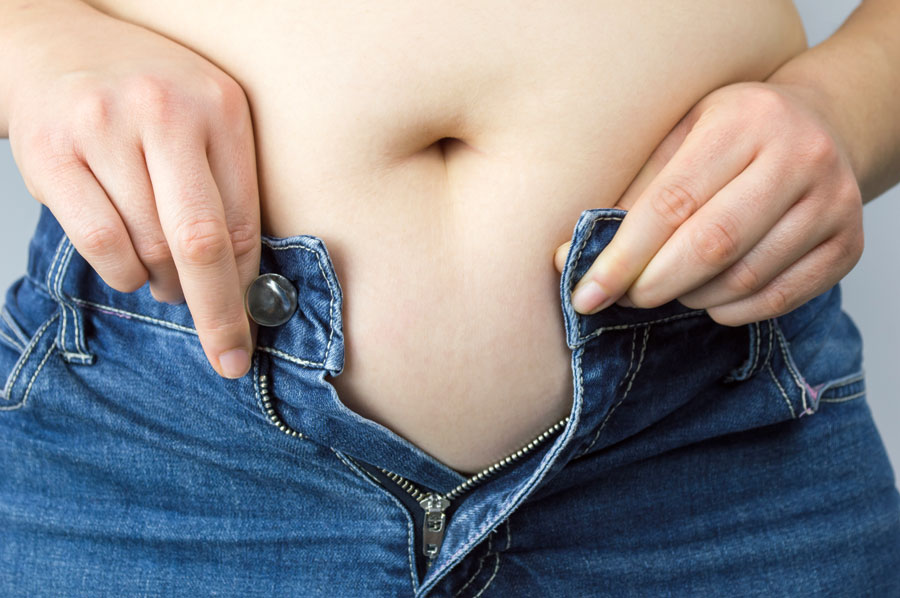 Here, a game-changing breakthrough on one wily hormone.

Researchers in the United States are gearing up for an experiment in humans which, if it succeeds, could one day change everything about aging. Well, if not everything, certainly a lot of things: imagine if growing older no longer meant losing energy, strong bones and your waistline.

The experiment, based on a startling discovery recently made in mice, is aimed at solving some of mid-life’s most vexing problems – and with just one therapy.

It’s no wonder the web is abuzz with people eager to volunteer for the testing. As the blogger behind Aging Gracefully My Ass put it: “Pick me! Pick me!”

The concept for the therapy grew out of research related to menopause when scientists discovered a single unexpected hormone seems to play a primary role for both thinning bones and extra abdominal fat that begins to haunt women in mid-life.

Declining estrogen had always been considered the chief villain behind these menopausal scourges, which raise the risk of fractures, diabetes and certain cancers. But the research, replicated in two separate labs over a two-year stretch, pins the blame on high levels of a follicle-stimulating hormone (FSH), a lesser-known reproductive hormone found in both women and men.

What’s more, in mice, blocking FSH not only slowed bone loss, it had the surprising side-effect of also boosting weight loss, metabolism and physical activity in the males and females. Specifically, it countered the mid-life weight redistribution that tends to add stubborn pounds around the stomach.

The results, published last year in Nature, were so tantalizing that, although the work was conducted in animals, it garnered coverage in both the New England Journal of Medicine and the New York Times. After all, if FSH works the same way in humans, it could yield a new way to combat obesity and osteoporosis, two of the fastest growing issues for human health.

“The fascinating part is that it’s not only applicable to women,” said lead researcher Dr. Mone Zaidi, director of the Mount Sinai Bone Program in New York. “If you look at the mouse data, it happens in male mice as well, so this could be broadly applicable to both sexes and all ages.”

Zaidi, whose work now has enthusiastic followers in the blogosphere, said he is “cautiously optimistic” that the treatment will translate into humans, in part because of the “magnitude of the effects” observed in mice given the FSH blocker.

As far as hormones go, FSH has never really had a sexy role in the popular psyche. Next to estrogen, it’s been a mousey understudy. It lacks testosterone’s swagger, and even its acronym hides a dowdy handle: FSH stands for follicle-stimulating hormone. In men, it helps to make sperm and in women, its levels spike to trigger ovulation, coaxing the ovarian follicles to release eggs.

“When we think of FSH, classically, we think of it as the hormone that drives ovarian function,” said Dr. Jennifer Blake, CEO of the Society of Obstetricians and Gynaecologists of Canada. “More often, it’s a marker (doctor’s test) that can reassure women in their reproductive years.

“The major thing here is that it’s quite interesting that [FSH] does other things in the body.”

In fact, beyond fertility, FSH had not been considered a major player in menopause or metabolism. Zaidi, however, who is also a professor of medicine and endocrinology at Mount Sinai’s Icahn School of Medicine, has a track record for questioning the traditional.

For years, he’s investigated what the textbooks don’t say about the secret life of hormones. It’s a mission that stems from his interest in diseases that accompany menopause, particularly osteoporosis, which leaves about two in every five women with fragile bones by age 70.

From his clinical work treating women with HRT, Zaidi knew that estrogen could have “fairly profound effects in protecting against bone loss.” But he set out to see if other hormones from the pituitary gland, that pea-sized master gland at the base of the brain, might also affect bone, which, at the time, was heresy.

Standard physiology textbooks, most of them compiled in the early half of the 20th century, tend to typecast hormones, depicting them as chemical messengers that float through the bloodstream toward a single target and no other. Even their names imply it.

Yet in 2001, Zaidi showed that that thyroid-stimulating hormone works not only on the thyroid gland but also that it can bypass the gland to work directly on bone. He found that bones carry specific receptors, which, like molecular keyholes, FSH can unlock.

“Then that led to this sort of hunch that other hormones may be doing the same thing.” Sure enough, in 2006, Zaidi showed that bone also has receptors for the follicle-stimulating hormone and that FSH works directly on bone, not just the ovaries.

To Zaidi, the findings suggested high FSH might be a culprit in mid-life bone loss, since it was well known FSH levels rise at menopause as the brain sends out more and more in an apparent effort to force the ovaries to respond while estrogen levels fall. But, to others, that suggestion was controversial.

“There was big pushback from the bone community,” Zaidi recalled, “particularly the estrogen folks who said, ‘You can’t be right because estrogen is the major hormone that goes down…. FSH really has nothing to do with bone.’

“I said, ‘No, FSH probably does have a lot to do with bone. That’s the evidence,’ and let it simmer.”

It simmered for 10 years. Meanwhile, evidence stacked up that all sorts of hormones have a direct impact on the skeleton, even serotonin and oxytocin, neurotransmitters almost synonymous with mood and bonding – not bone.

Overwhelmingly, it suggested that hormones do much more than the old textbooks describe.

But what really opened minds to FSH, Zaidi said, was a major U.S. study following more than 2,000 middle-aged women over several years that “clearly showed the maximum rate of bone loss” occurs two to three years before a woman has her last period.

“[That] shocked a lot of people,” Zaidi said, “because at that time, estrogen is pretty normal, and FSH is rising. So how could a decline of estrogen be solely responsible for the bone loss? It couldn’t be.”

With that news, Zaidi and his team decided to create an antibody, which, like gum around a key blade, would block FSH from “unlocking” its receptors. They tested the antibody on female mice who had their ovaries removed and were making no estrogen and on male mice.

As they suspected, the FSH blocker slowed the loss of bone. But what they didn’t expect was that the antibody would also make the mice more fit and lean.

“The same machine that measures bone density also gives you a fat read-out,” Zaidi said, “and a post-doc came to me and said, ‘With the antibody, I see some major reduction in fat.’ I said, ‘Just ignore it, it’s probably not an effect [of the blocker].”

But the post-doc came back with the same observation. And the more Zaidi thought about it, the more plausible it seemed. Menopause disrupts metabolism, adds fat around the tummy and over time, physical activity can taper off as energy levels decline. But could high FSH be responsible for all of that, he wondered, “I thought if we’re right, this could be really big.”

Zaidi reached out to his friend, Clifford Rosen, a senior scientist at the Maine Medical Research Institute, “who knows more about fat than I do,” and told him, “I’m getting this very funky set of observations.”

Rosen offered to test the FSH blocker in his lab and, six weeks later, he phoned back and said, “We got exactly the same result you got.”

“For the next two years, we virtually reproduced each other’s data in the other’s lab,” Zaidi said.

What their work showed is that fat cells, like bone, also have FSH receptors. And high FSH results in the formation of white fat – which is made up of large fat-storing cells that make up “the bulk of fat you see on somebody’s tummy.”

But when FSH levels drop, “white fat cells go down, the tummy goes down,” Zaidi said. “We think a bunch of [white fat] gets converted into beige or brown fat, which burns off more easily and produces energy.

“That’s why we see in separate experiments an increase in energy in these mice that have the antibody.”

In evolutionary terms, higher FSH levels in later life may have made sense once upon a time: “One of the fundamental functions of the skeleton is to provide the calcium for mineralization of the fetal skeleton,” Zaidi said. “So after procreation ceases, you lose the skeleton and you make more white fat and you lose muscle.”

White fat, Blake explained, represents a storage of extra calories, and it hearkens back to a time in human history when calories could be scarce. “So some argue that weight gain in menopause serves the purpose of providing extra calories during a time of life when age makes you more nutritionally vulnerable.”

But in the modern world where food is plenty, and many people work to be fit and active well beyond mid-life, lowering FSH could aid their efforts. As Zaidi said: “We’re very confident in that if you can limit FSH, genetically or pharmacologically, you can get protective effects on bone and reduction in body fat.”

While that concept may be exciting, Blake, who was not involved in the research, cautioned that much remains to be understood. “Is it a magic bullet? Probably not for you and me.”

There is currently nothing on the market that blocks FSH, she said, and added, “You have to be very careful about just blocking these important things in the body that have been with us through evolution. The question is what else are you blocking?”

Estrogen, Blake explained, works on the brain and the bones, on skin, liver, in the gut, the uterus, in collagen, and on it goes. “So you start to put this list together and realize it will be years of basic science to understand precisely how FSH works on the body.”

It may be that blocking certain receptors would be better than blocking the actual hormone, Blake speculated. “But much remains to be understood about this. With any potential solution, you have to ask what are the consequences.”
In the meantime, she encourages menopausal women and others in mid-life to continue to be physically active, watch their diets and choose foods right for their health. Green tea, she pointed out, stimulates the body’s heat production and helps to activate the brown fat that burns more easily than white.

In the experiments so far, blocking FSH did not appear to have any negative side effects in the mice, said Zaidi, who is now working on a human version of the antibody. Once production is scaled up, it will be formally tested in rats to check for toxicity and “only if it passes those tests can [the FSH blocker] be tested in humans,” said Zaidi, who expects the process will take three years.

“If it doesn’t, then we’ll say, we tried … Now if it does work in people, then we’re in good shape.”