Is Whole-Body Vibration the Key To Effortless Weight Loss? 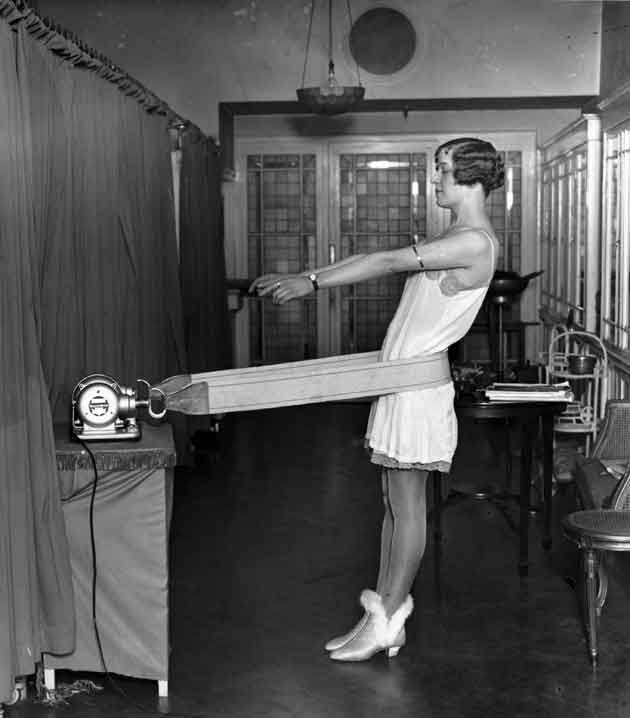 It turns out the vibrating belts of the 1950s weren’t all that far off. A new study indicates that vibration could hold the key to effortless weight loss.

Getting some of the benefits of exercise without actually having to exercise has long been an elusive goal of researchers and lazy people alike. A new study shows that it may be possible.

“Whole-body vibration may be as effective as regular exercise” reports the Endocrine Society in the current edition of the journal Endocrinology.

A less strenuous form of exercise known as whole-body vibration (WBV) can mimic the muscle and bone health benefits of regular exercise in mice, say researchers. WBV consists of a person sitting, standing or lying on a machine with a vibrating platform. When the machine vibrates, it transmits energy to the body, and muscles contract and relax multiple times during each second.

It’s also much less strenuous than traditional exercise which may be beneficial to older people.

“Our study is the first to show that whole-body vibration may be just as effective as exercise at combatting some of the negative consequences of obesity and diabetes,” said study author Meghan McGee-Lawrence of Augusta University in Augusta, Ga. “While WBV did not fully address the defects in bone mass of the obese mice in our study, it did increase global bone formation, suggesting longer-term treatments could hold promise for preventing bone loss as well.”

To conduct the study, mice from each of three group were assigned to sedentary, WBV or treadmill exercise conditions. Genetically obese and diabetic mice showed similar metabolic benefits from both WBV and exercising on the treadmill. Obese mice gained less weight after exercise or WBV than obese mice in a sedentary group, although they remained heavier than normal mice. Exercise and WBV also enhanced muscle mass and insulin sensitivity in the genetically obese mice. There were no significant effects in the group of young healthy mice.

“These results are encouraging,” Dr. McGee-Lawrence said. “However, because our study was conducted in mice, this idea needs to be rigorously tested in humans to see if the results would be applicable to people.”