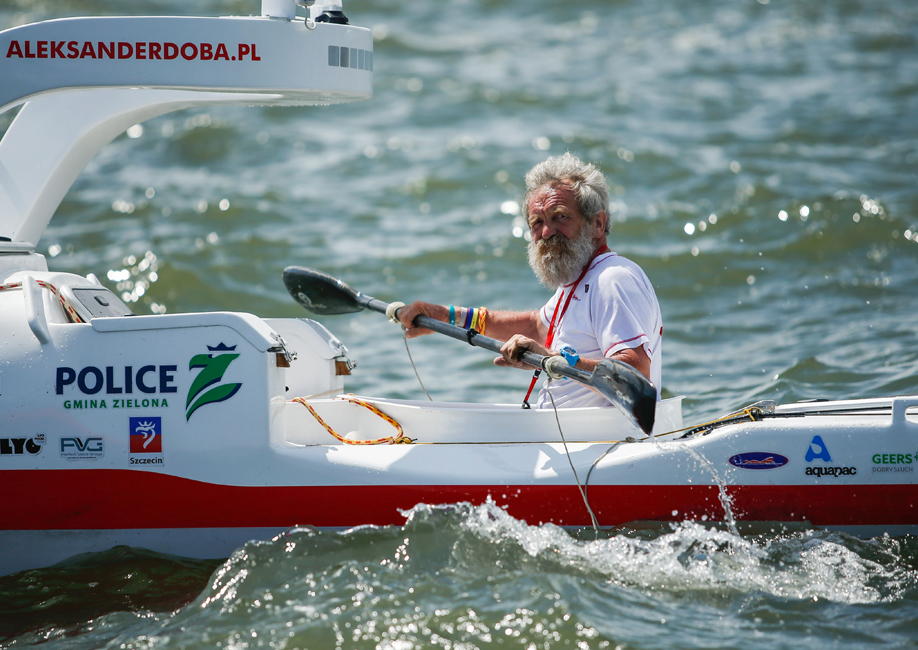 “I do not want to be a little gray man,” Aleksander Doba says in a recent New York Times profile. It’s less a comment on aging as it is on aging idly. The 71-year-old Polish man has been married to his wife, Gabriela, 64, for 42 years, he’s a grandfather, and he’s kayaked across the Atlantic Ocean three times – including, most recently, in Sept. 2017 at age 70.

Journalist Elizabeth Weil, who profiled him for the newspaper, described him thus: “Doba’s physicality is sui generis. His body appears to be assembled from parts belonging to people of vastly different ages. His skin looks 71. His chest looks 50. His hands and forearms look 30, straight off a Montana roper. His hair and beard appear to be taken from a Michelangelo painting of God.”

According to the story, Doba first became interested in kayaking in the late 1980s and, when he’d decided he wanted to cross the Atlantic, he always envisioned making three trips, one each through the North, Mid and Southern portions of the ocean. His first transatlantic crossing, in 2011 at age 65, upset his wife so much that she threatened divorce. Nonetheless he went for it, in his trusty boat he calls Olo, which is about 23 feet long, a meter wide and includes a very slim sleeping cabin and room to store food. The journey lasted 99 days, from Senegal to Brazil, and reportedly set “a record for the longest continuous ocean journey in a kayak.

His second trip, in 2013, at 67, from Portugal to Florida, lasted more than 150 days, but was interrupted with a stop in Bermuda for boat repairs. And his last trip, in 2017, across the North Atlantic from Barnegat Bay in New Jersey to Le Conquet, France, lasted 110 days, a new record. Not bad for the man who, in 2014, at age 68, was named National Geographic’s Adventurer of the Year.

It seems, from the New York Times profile, that Doba hasn’t decided if he’ll attempt another Atlantic crossing. And if that sounds strange, that at 71, this celebrated adventurer isn’t ready to hang up his kayak, consider this anecdote from the profile that encapsulates Doba’s mindset, and determination.

“He kayaked the coast of Norway to the Arctic Circle. Along the way, he was thrown from his kayak in a storm. The rope tethering Doba to the kayak came undone. He passed out. He woke up on shore to the sound of screaming — his own. Doba does not regret this experience. He has no interest in dying in his bed.”