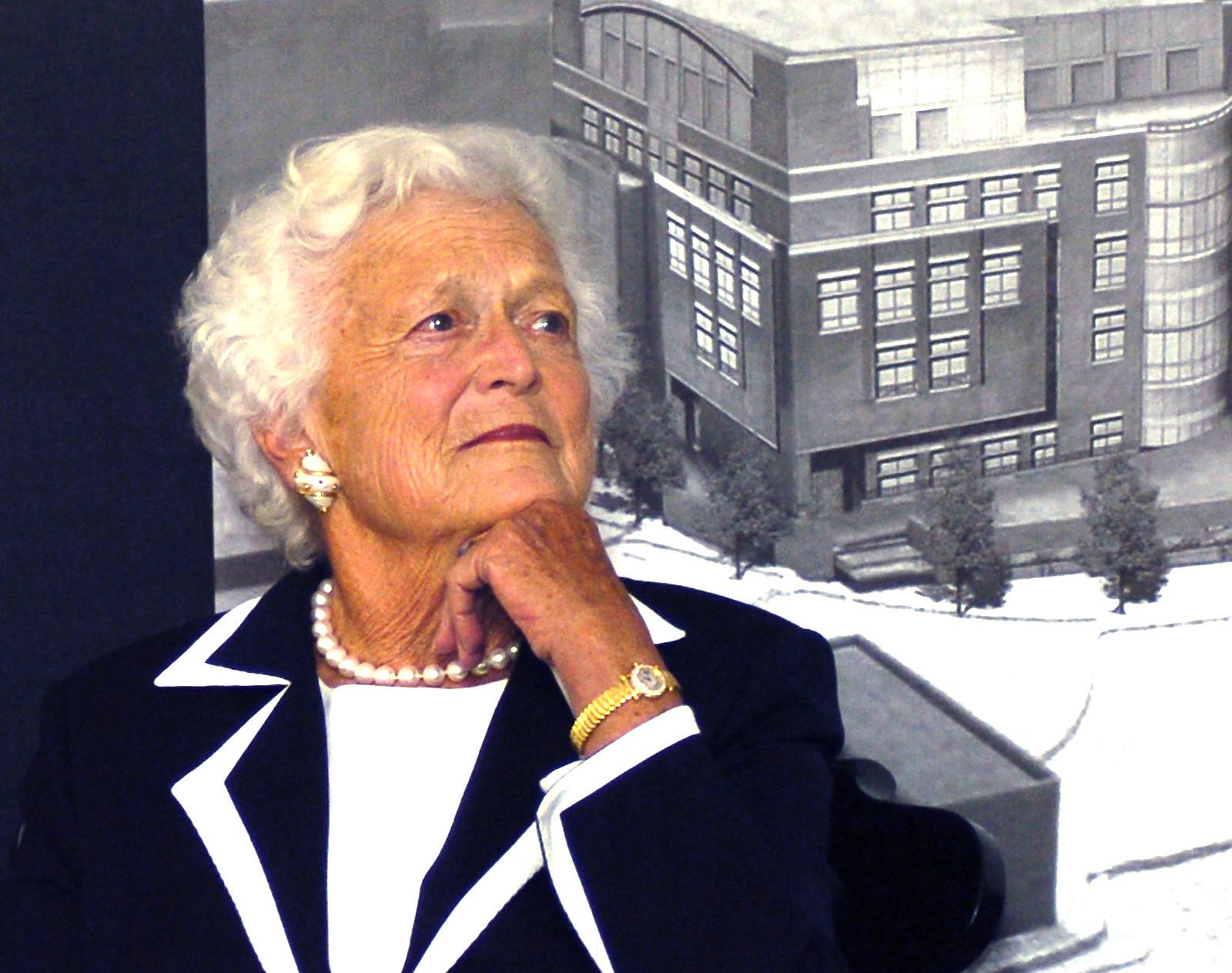 Barbara Bush prior to the groundbreaking ceremonies of the Barbara Bush Children's Hospital and neonatal addition at the Maine Medical Center. September 14, 2005. (Photo by Gordon Chibroski/Portland Press Herald via Getty Images)

With her decision on Friday to forego further medical intervention and to opt instead for “comfort care” at home, Barbara Bush, 92, became a much-admired role model for letting go as the end of life approached.

She died at her Houston home Tuesday surrounded by her family.

The wife of one U.S. president and mother of another suffered from congestive heart failure and chronic obstructive pulmonary disease (COPD). Her condition had been deteriorating.

She’d been in and out of hospital, no doubt getting the best possible care in Houston’s highly advanced medical science complex.

But at this point in her life, she decided in favour of being made comfortable at home rather than enduring the indignities and sensory discomforts of days and nights in a hospital room — especially when the likelihood of prolonging her life was in doubt and the ravages of the diseases became too much of a burden.

She received a lot of praise for her decision — a “valiant” one, observed the Wall Street Journal on Monday.

“Now she is facing death with fortitude, courage and realism. She should inspire everyone in the medical arena.”

There is much that was remarkable about Bush’s choice.

For one thing, she suffered from chronic diseases, not terminal cancer which is the usual diagnosis that leads people to palliative care.

For another, she made her decision public. In doing so, she opened the door for others with debilitating and insufferable chronic diseases to make the same choice.

Accepting death when even breathing becomes an impossible challenge is, above all, sensible and dignified — and Barbara Bush has always been both.

Along with news of Bush’s decision, some palliative care doctors reminded us that “comfort care” doesn’t mean giving up. The patient still receives medical care and treatment. It is the “heroic” measures and interventions, the desperate last-resort attempts to stave off death that are not applied.

And yet, those attempts are sometimes the right thing to do.

What is remarkable is that, at another time in her life, in 1953, Barbara Bush made a different choice.

When her 3-year-old daughter Robin was diagnosed with leukemia in 1953, the Bushes were told, “She’s going to die. My advice is take her home, love her. In about two weeks she’ll be gone.”

They refused to accept that dire prognosis. They took Robin across the country to a hospital willing to treat children with leukemia, something rarely done then. Robin died just before her fourth birthday.

Nevertheless, there were those desperate, last-resort attempts to preserve life.

The lesson of Barbara Bush’s remarkable life is that there is no right or wrong when it’s about life and death.

Courage and fortitude can come at different times in different ways. The choice made when death looms must always be personal, not imposed by government, family or doctors. And it must always be respected.

Barbara Bush’s final, loving act was a gift that reminds us of this.

She will be buried next to her daughter, Robin, at the George Bush Presidential Library and Museum in College Station, Tex.