Strengthen Your Core With These Spine-Sparing Exercises 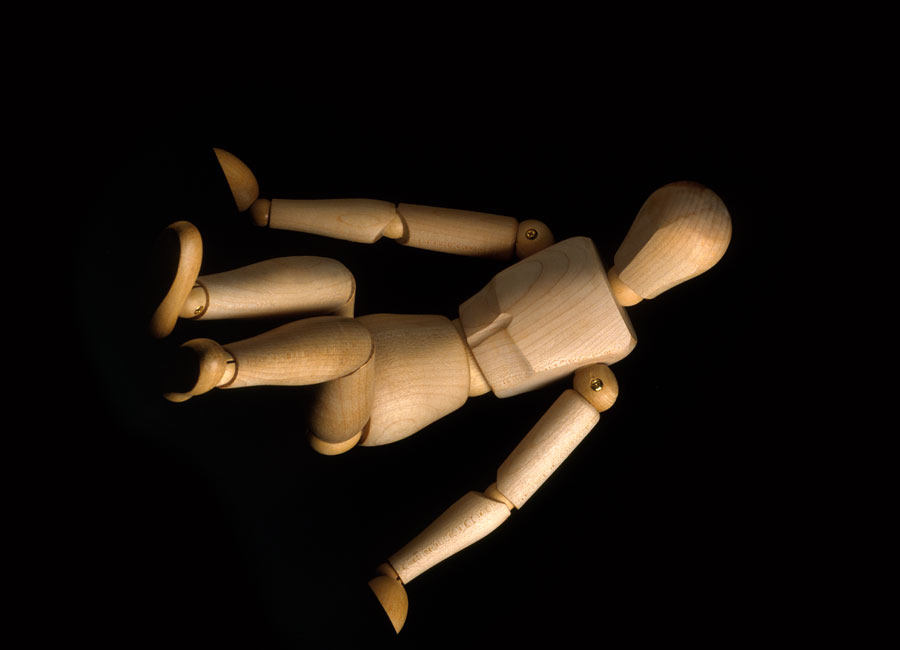 Take the pressure off the sit-up with new and improved ways to strengthen your core.

As we move through life, our fitness regimens change. The dreaded mile run from gym class turned into an occasional pick-up hockey game in our 20s, which morphed into coaching peewee soccer in our 30s (walking and shouting at kids is exercise, isn’t it?). Then middle age came and continues and, well, many of us just got tired. And that’s a lame excuse. Anything we can do to limber up will only help as we grow older. But just how to begin?
The old standby for many is the traditional sit-up, that go-to for
abdominal muscles. But studies have shown it may not be your best fitness friend after all.

Dr. Stuart McGill, professor emeritus of spine biomechanics at the University of Waterloo and author of Back Mechanic, who studied the sit-up’s effect on the spine, says choosing an appropriate exercise comes down to its risks and rewards.

In his extensive study of the exercise, he determined that the average person generated more than 300 kilograms of compressive load on their flexed spine with a sit-up. That’s equal to the exposure limit for low-back compression set by the National Institute for Occupational Safety and Health. The combination of the repeated bending motion, together with the compressive load from the muscle activity, can lead to disc bulging and herniation.

That potential for injury is greater for those performing the exercise with extreme repetition. Such was the case for the Canadian Armed Forces, who – after consulting with McGill and other experts – dropped the sit-up from their fitness testing in favour of safer and more effective exercises that better simulated real-world tasks.

While the average Canadian doesn’t exercise with the same vigour as Canada’s military hopefuls, the sit-up can exacerbate pre-existing back pain caused by conditions like arthritis. “When you keep bending an arthritic spine, it becomes sensitized and painful,” McGill says.

As for the rewards, people have traditionally believed the sit-up targets the abdominal wall, which appears as the coveted six-pack when it’s strengthened and layers of fat are shed from the abdomen. But it’s also a crucial part of our core musculature, which serves a far more important function.

“Having a fitter core always makes sure you have that resilience in your spine to execute when you need it –whether it’s arresting a fall, getting out of the way of a car if you stepped off the curb, carrying your groceries or your grandchild.”

Hinging up over the hips during a sit-up also strengthens the hip flexors, muscles that help us get our foot out in front of us when we stumble.

Fortunately, McGill has identified a way to replicate these benefits while minimizing the risk. After putting a variety of core exercises through the same stringent analysis as the sit-up, he identified the big three: a trio of core exercises that he says are “the very best in sparing the spine, ensuring sufficient spine stability and creating sufficient athleticism.”

“You’re not training to be a Navy Seal anymore,” McGill says of switching from the sit-up to the big three. “You’re training to be the most pain-free and able-bodied person for the longest period of time.”

Each exercise is performed in repetitions of 10-second holds with 30 seconds of rest between each set.

Try five repetitions for your first set, three for your second and one for your final set. When you feel like you’re ready for more of a challenge, add one repetition to each set with every exercise.

You can also increase the holding times once you start to build endurance, as long as you don’t experience back pain.

*Those who suffer from chronic back pain or have a pre-existing back condition should have approval from their physician before performing the following exercises.

Target: Abdominal Muscles a.k.a. Rectus Abdominis and the Obliques

While lying down face up, slide your hands under your lower back with your palms facing down to support the lumbar spine. This position maintains the natural curve of your spine during the exercise, minimizing the stress on your back.

Keeping one leg extended, bring the other into a bent position so that your planted foot lines up with the knee of your extended leg.

Before you begin the hold, stiffen the abdominal muscles and elevate your elbows off the floor with your hands still underneath your lower back. Keeping your torso and neck as immobile as possible, raise your head and shoulders about one centimetre off the floor and hold the position for 10 seconds.

McGill says to imagine your head and shoulders resting on a bathroom scale and that the lift is just enough to make the scale read zero.

To avoid neck pain, be sure to raise your shoulders, neck and head as a unit.

For beginners, start by lying on your side, supporting yourself with your forearm and with knees bent about 90 degrees. Rest your upper hand on the top of the thigh or hip. Raise your hips, keeping your body straight. Hold this position for 10 seconds.

For a more challenging version, straighten your legs, slide the top foot ahead of the bottom one and use only your forearm and feet as contact points.

This exercise can also be moved to the wall if you’re unable to do the floor variations – try leaning sideways against a wall with the forearm perpendicular to your straight body. The farther the feet are away from the wall, the tougher the exercise. Again, hold for 10 seconds.

Don’t forget: do the exercises on both left and right sides!

Target: The Back and Hip Extensors

Kneel down on all fours with your hands directly under your shoulders and knees under your hips.

Stiffen your abdominal muscles and raise the opposite arm and leg simultaneously. The hold begins when both limbs are parallel to the floor. Don’t raise the arm higher than the shoulder or the leg higher than the hips.

To improve the benefits of the exercise, sweep the upraised hand and knee along the floor in between the holds.

Remember to keep the spine locked. Only the shoulders and hip joints should move during the exercise.

Watch demonstrations of the exercises here

Lie on your back. Place your left hand palm down under your lower back. Bend your right knee and keep the foot on the floor. Your right arm should be on the floor over your head.

Stiffen your abdominal muscles. Moving only about the hip and shoulder, raise your left leg and right arm up to about 45 degrees, then lower them back to the floor.

Repeat using the five, three and one rep set pattern. After completing your 10-second holds, alternate to the opposite arm and leg.