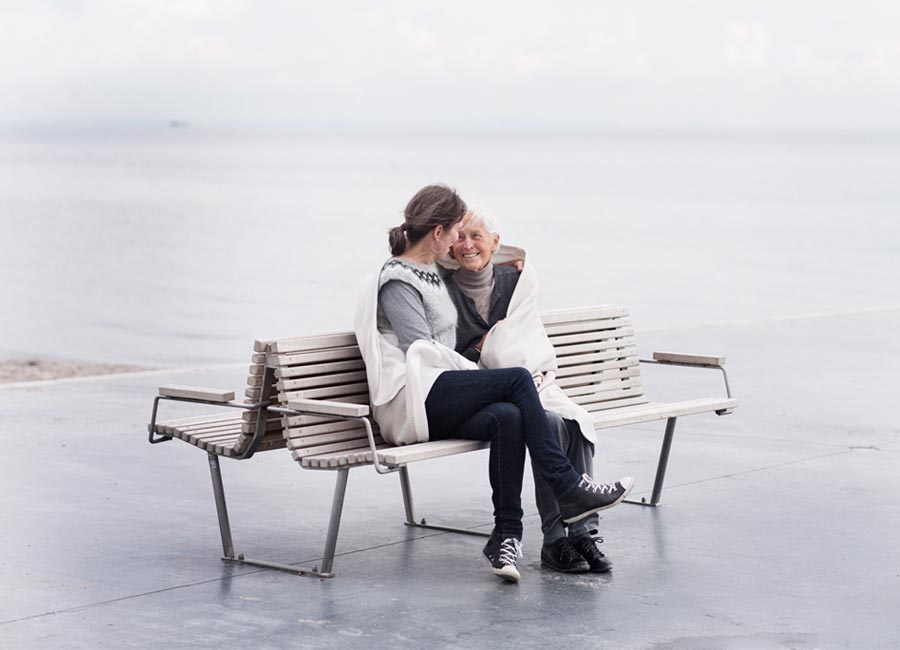 Daughter and elder mother sit together on a bench beside water on an overcast day. Photo: Getty Images.

The Canadian Institute for Health Information (CIHI) released a new report on Wednesday titled Dementia in Canada. It estimates that more than 400, 000 Canadians over the age of 65 are living with dementia. That accounts for 7.1 per cent of the cohort and rates are expected to increase as our population ages.

Although the report found that dementia rates are low among those under 69, prevalence more than doubles every five years, from less than one per cent in people 65 to 69 to about 25 per cent among those 85 and older.

The statistic that stuck out most for Kathleen Morris, however, is that two-thirds of people over 65 with dementia are living in the community, not in care facilities.

“And for those folks particularly, dementia doesn’t just impact the senior but also their families and friends who are providing a lot of support,” she says.

Morris is the VP of research and analysis for CIHI and one of the report’s authors. As part of their information gathering, they interviewed affected caregivers across Canada. About 90 per cent of care is informal and unpaid i.e., from family and friends. More than half of those caregivers reported being distressed.

“That could be that they’re experiencing anger or depression or feel like they can’t keep up this caregiving role. It’s hard,” she says.

About half of informal caregivers are the children of someone with dementia, whom in turn can be juggling work and caring for their own kids.

“They have the love and the relationship and the interest in providing good care but they may not have all the strategies and training that they need to move forward,” Morris says, adding, “And they’re dealing with some difficult types of care.”

Although not all cases of dementia involve Alzheimer’s disease, she says the Alzheimer’s Society is a good place to start, and for finding local resources.

Access to respite for caregivers is one of the report’s recommendations. Morris notes that funding for caregiver support and community-based programs is part of a national dementia strategy that kicked off last year, but”it’s just getting going.”

Something from the interviews CIHI conducted also stuck out for Morris – caregivers reported feeling invisible.

“Just think, porbably your neighbours or your co-workers might be taking on that caregiving role for someone with dementia and just talking to them and asking them how they’re feeling and if there’s any support you can offer, I think would really be an appreciated conversation. And it’s something that’s not that hard to do.”

By 2031, the Alzheimer’s Society of Canada estimates that the number of people living with dementia will increase to 937, 000.