One Man Questions If All Medical Tests Are Created Equal 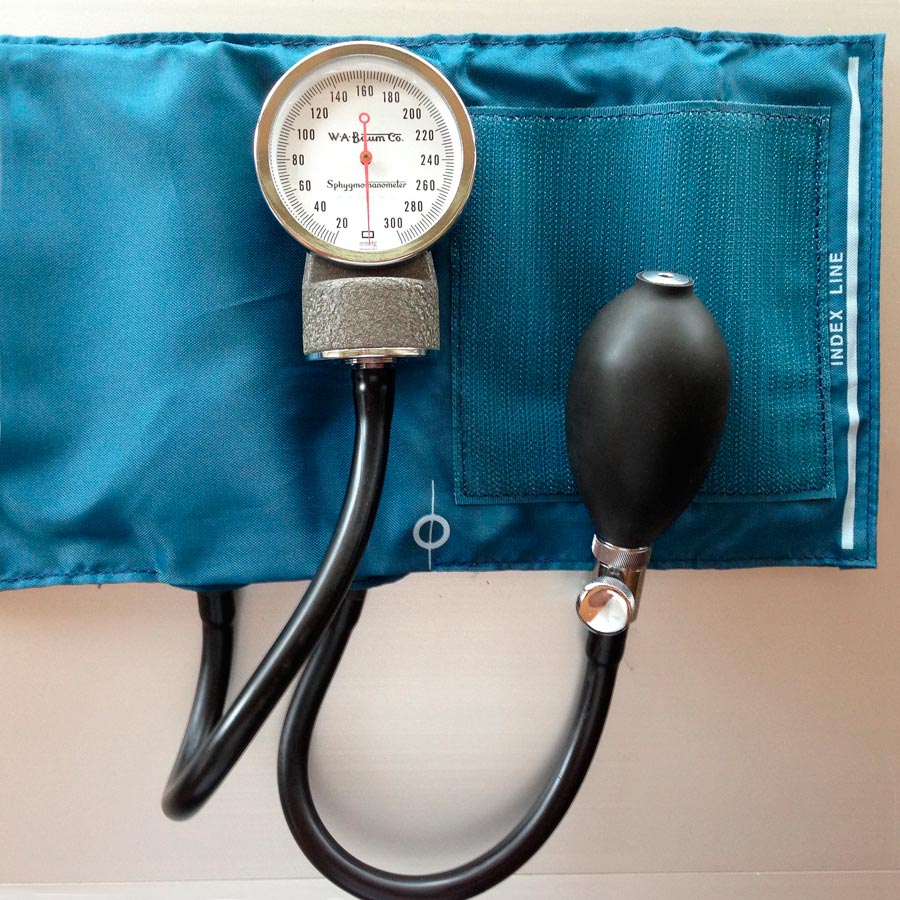 A sign outside a long-time greasy spoon in my neighbourhood serves as a perfect metaphor for my reaction to a recent checkup.

The city had very publicly stepped up its restaurant health code check program, and the resto near me posted a huge sign in the window that said, “We passed!” — as if with an unspoken, “Yeah, we didn’t believe it either at first.”

Similarly, I fist-pumped when I received an email from my doctor’s office saying simply, “Your blood work was all ok.” Meaning everything. Cholesterol, liver function, kidney function, triglycerides, uric acid, blood sugar.

Ah, blood sugar. That’s the reason I spent the day whistling. The year before it had registered as somewhat elevated, declared “borderline” by this same doctor. Honestly, I didn’t do much to address it, but in the ensuing year I spent a lot of time pondering what life would be like as a diabetic.

There are a lot of people — mostly men, I’m going to say — who avoid their doctors, because of the possibility of bad news. It’s pretzel logic, but irrelevant when you’re in your 20s and 30s, because you’re probably not going to die soon regardless of your lifestyle. In your 40s, 50s and 60s, it’s dumb. And it ignores the natural high of hearing that you, indeed, have more time on your clock, barring getting hit by a bus.

I hadn’t thought about that happy good-news buzz for a while. The last time was a few years ago, when I developed a persistent cough that ultimately turned out to be viral and resolved itself within a few months. Still, my doctor had me get a chest X-ray, a diagnostic that, in my mind, is mainly meant to confirm lung cancer (I quit smoking nearly 20 years ago). Again, the mind races, until you hear the words “all clear” and you grab your spouse by the arm and dance.

This column is shaping up very much like what my sister-in-law calls “an organ recital,” a wry description of when her friends get together and compare symptoms.

But there’s another side to all this — a school of thought in the medical world that we’re actually over-tested, especially as we age. And a demographic that should be extra wary of multiple drug interaction is likely to be prescribed more and more drugs as time goes on.

“You go in with this fear. And then, ‘Whew, I’m healthy, it’s normal!’” says Dr. Wendy Levinson. “But if you had a side effect from that test, and it wasn’t needed, you would go, ‘Crumb, why did I ever have that test?’ It’s a false illusion that more tests are better.”

Dr. Levinson, a member of the Order of Canada, is the chair of Choose Wisely Canada, an organization whose major partner is the Canadian Medical Association. Their mandate is to make people aware that they don’t always need that test or pill, that they should ask questions of their doctors and be informed about their risk factors and non-risk factors. For example, general biopsy side effects may include “slight bleeding or bruising, tenderness, pain, infection and problems with the wound healing.” A thyroid biopsy can also include temporarily increased thyroid activity.

“We’re not here to say, ‘Never do tests.’ In all our lists, we say tests should be done when needed.

An example of a priority test is a colonoscopy, which I finally submitted to after a decade of voices urged me on. Among them: my doctor, my wife, the city’s health department (which kept sending material in the mail), and a colleague, the movie critic Richard Crouse, whose routine colonoscopy revealed early-stage, treatable colon cancer. He has since become an activist and congratulated me for finally taking his advice. (Mine was uneventful, and I won’t be doing another for five years.)

But there are studies that say, in general, people who get yearly “physicals” don’t have a higher rate of diagnosis than people who see their doctors because of symptoms. On Choosing Wisely Canada’s site, there’s a page (https://choosingwiselycanada.org/family-medicine/) of 13 Things Physicians and Patients Should Question, that includes “Don’t do annual physical exams on asymptomatic adults with no significant risk factors.’”

Dr. Levinson was chair of the board that started the U.S. Choosing Wisely in 2012, and she initiated the Canadian one in 2014. It’s now in more than 20 countries worldwide, including Australia, New Zealand, Japan and South Korea.

“Overuse has always been an issue,” she says. “But because of the culture of medicine, which mainly pushes physicians to do more, it has not really been addressed. For a variety of reasons, physicians want to, quote, leave no stone unturned, unquote. Be thorough. Sometimes, patients will request tests or treatments. ‘Doc, I was up all night with a sore throat, I’d like an antibiotic.’

“Or sometimes it takes longer to explain to a patient why you’re not doing a test than to do a test. Sometimes physicians are concerned about malpractice risk if they don’t do a test. There are a whole lot of reasons we have baked into our culture. More is better, so that’s been kind of the culture of medicine.”

In fact, Choosing Wisely estimates that a third of diagnostic procedures are unjustifiable, including blood transfusions. “Blood is a valuable resource. It’s donated. But also it’s harmful, to people who get blood reactions. It’s not a benign thing. Dealing with that would save society money, of course, because we actually buy blood. A ballpark figure on how much Canada spends on all blood products is about a billion dollars a year.”

“Some tests have direct harm associated with them. Like, if you get CT scans, you receive excess radiation. And that increases the lifetime risk of cancer, which people often don’t know. But more importantly with tests, you get often something we call a false positive.

“So, if everybody got chest x-rays, some people would have a little abnormality, and then a lot of doctors would say, ‘Well, we better get a CT scan to see if that’s really a problem. So, then the patient gets a CT scan. Then it still looks a little abnormal. So, they repeat it in three months. Now that’s two CT scans. Then it’s, ‘We better be sure, we better do a needle biopsy.’”

Cutting to the chase, Choosing Wisely says everyone, but particularly those over 50, should ask four questions of their doctor every time a drug or diagnostic procedure is prescribed.

“We’ve put those four questions on a poster and sent them to all the family doctors in Canada.”

I’ve actually had the opportunity since to ask those questions of a specialist, and I felt as if it was the first time the doctor had ever been asked them.

But I may be willing to forego a test with too many downsides. Even if it means missing out on the “good news buzz.”