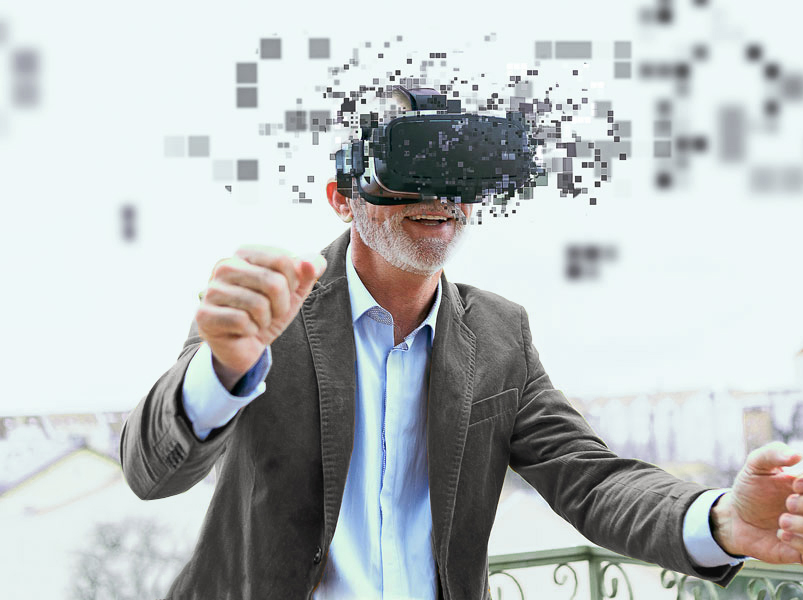 Karen Morris calls it a “little bit of an identity crisis.”

While out for a walk with her husband and their pet chihuahua, Bella, she accidentally responded to her dog’s name.

That’s because the 63-year-old avid online gamer from Tennessee had named her online gaming persona from her favourite video game, World of Warcraft (WOW), after her beloved pet.

“I answered [my husband] and he went ‘oh baby, you need to get out of that game,’” Morris recalls.

Though, for Morris, the blunder is less indicative of an addiction problem than her husband might think. While her longstanding love affair with video games began as a solitary hobby on a 1970s Commodore computer, more recently it has become an important part of her social life.

In fact, Morris says that her primary social network is within the online gaming world, where she helps run a group (known as a “guild” on WOW) called The Elder Council, which boasts a membership of more than 300 people aged 35 and older and primarily focuses on the social aspects of the game.

“We’ve found that we play well together,” Morris says of the demographic. “They seem to have enough maturity to understand that our game is about fun.”

Unlike the YMCA, which she frequents for various exercise programs, the game provides her with 24-hour access to a community that shares her passion. Communication between members during gameplay is achieved through voice and text chat. Morris and other guild leaders often organize gatherings, where members meet in a specific location in the virtual space and interact with one another.

“When I want to socialize, I can come into the game,” Morris explains.

She also says the way trust is established in a game like WOW differs greatly from the way it is offline.

In online games, players often meet people in highly stressful situations, such as trying to defeat a common enemy. “So you learn you can trust them before you get to know them,” Kowert says. “It accelerates the closeness of friendships in a way that you don’t have in the real world.”

For non-gamers looking to take advantage of the social benefits of gaming, Kowert suggests casual games like Words With Friends or digitized versions of familiar games, like chess, that have an added social element such as a chat feature.

Morris, who’s retired, logs most of her hours on WOW while her husband is at work. However, for members who have lost their spouse or have limited mobility, she says the game is their only source of social interaction.

“It gives you an emotional outlet. A lot of us don’t have one otherwise,” Morris says of entering the digital community. “If we stay in our house there is no emotional outlet, you just become more withdrawn into yourself and that isn’t healthy.”

Social isolation doesn’t only take an emotional toll. A recent study published by the American Psychological Association looked into the affects of social isolation. The study, which involved nearly four million people, found that lonely people had a 50 per cent increased risk of early death, compared to those with good social connections.

A research team from the Microsoft Centre for Social Natural User Interfaces are exploring the potential use of virtual reality (VR) as a means of curtailing experiences of social isolation among older adults with limited mobility.

In their recent project, 25 adults over the age of 70 were selected to test out and give feedback on the “highway of life”, a virtual reality environment where users communicated with one another as human-like digital avatars. The tech included a 3D motion-sensor camera that allowed participants to gesture within the virtual world.

“This [technology] would be a really fantastic thing for people that have that really strong constraint on their mobility,” says Dr. Jenny Walcott, Senior Lecturer at the University of Melbourne in the School of Computing and Information Systems. “It would be fantastic to give them the opportunity to be immersed in a virtual world, where they can not only experience another world but also interact with other people in that virtual environment from the comfort of [their] home.”

Waycott also says that socializing in a virtual environment can be less threatening than attending a social group in person, particularly for those who feel self-conscious about age-related changes.

“I don’t want to suggest that people don’t like the way they look when they get older but sometimes frailty can be an inhibition in terms of feeling confident about socializing,” Waycott says. “The idea is that you do have a bit more freedom with how you represent yourself as an avatar.”

Games like WOW can offer similar benefits. Kowert says that the anonymity of playing and interacting as a character online helps to break down communication barriers between age groups.

“One of the best parts is old people can play with young people, [which] creates relationships you wouldn’t normally forge,” Kowert says.

However, online communication does have its limitations that can affect the quality of social interaction. These include the absence of non-verbal cues, like how close you stand to someone during a conversation, the natural use of facial expressions and physicality.

“Friends online can listen to you when you’re sad but they can’t give you a hug,” Kowert says. “So they can give you social and emotional support but they cannot provide the support that a physical relationships can.”

For Morris, those limitations haven’t prevented her from forming close bonds with her fellow gaming members. When her mother required hospice care she turned to her online community for support.

“There were a couple of people taking care of their parents and I was able to get a lot of advice during that time,” Morris says. “It was really intimate questions [and] it was emotional.”

Morris also says it’s not uncommon for online relationships to cross over into the physical realm. When a fellow member was experiencing trouble with her marriage, Morris offered up her home.

For Waycott, whose research interests include emerging technologies for the enrichment of old age, the aim of developing these new forms of communication is not to supersede physical interaction.