8 Brain Boosters to Add to Your Grocery Cart 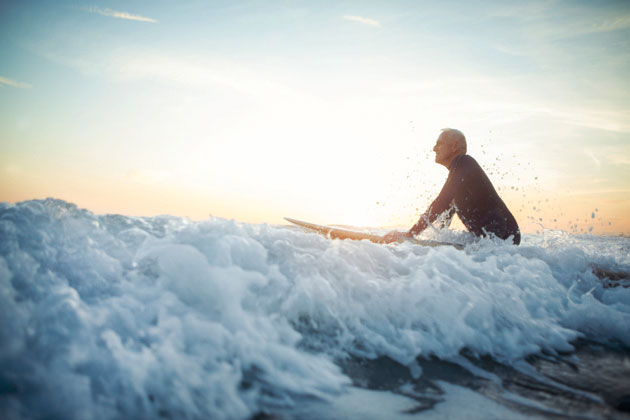 Here, how to reignite your mind through food—and one handy wake-up aid.

It’s been 18 years since former Happy Days star Anson Williams fell asleep behind the wheel and veered onto the side of the road while driving through California’s Palmdale Desert. The experience left the actor-director, best known for his role as Warren (Potsie) Weber, shaken to the core. “I only woke up when I started bouncing around,” Williams, 68, recalls. “I’m lucky to be alive.”

With that life-altering experience came a determination to combat drowsy driving, the reported cause of one in every five car accidents. Williams enlisted the help of his uncle, Dr. Henry Heimlich (yes, creator of the Heimlich manoeuvre), who encouraged him to keep lemon slices in his car and bite into one any time he felt sluggish.

“He explained how the citric acid in a lemon hits the lingual nerve [at the centre of the tongue] and wakes your brain up instantly,” Williams says. “You know how you go to a doctor’s office and they test your reflexes by tapping your knees? It’s the same thing. It’s an automatic reaction.”

And its effects are quicker than most people’s go-to: caffeine. “Coffee takes about 20 minutes to take effect,” Williams says. “You could be dead three times [over] by that time.”

Williams and his business partner Joanna Connell developed Alert Drops (US $18, www.alertdrops.com), a pocket-sized wake-up aid—using citric acid from lemon juice and natural preservatives—that requires only a simple spritz to the tongue to induce a natural adrenalin jolt.

“It took almost killing myself to learn all this,” Williams says. “It’s all very old science—all we did was take the information and create a more convenient way of distributing it. During one of my last phone calls [with Heimlich] before he passed away in December 2016, he said, ‘Anson, this will save more lives than the Heimlich manoeuvre.'”

Scroll through for more brain boosters to add to your grocery cart. Give your brain a healthy boost with …

1. Black Currants Scientists in New Zealand have discovered that ingesting the berries can increase mental performance (such as attention span and mood) while alleviating symptoms of age-related brain degeneration and disorders such as Parkinson’s disease.

2. Broccoli Kids and adults alike may wrinkle their nose, but broccoli is a proven source of two essential nutrients: vitamin K, which strengthens cognitive abilities, and choline, which improves memory. As a bonus, broccoli also contains a healthy dose of folic acid, which can help ward off Alzheimer’s disease.

3. Dandelion Greens This mighty vegetable can ward off inflammation and prevent cancer, thanks to lutein, a pigment found in dark-green vegetables that also preserves cognitive function and mental clarity as the brain ages. And dandelions have the highest lutein content of any food – so be sure to eat your greens!

5. Pumpkin Seeds Did you know a handful of pumpkin seeds a day can keep memory loss at bay? The perfect example of brain food, pumpkin seeds contains omega-3 fatty acids, which are known for aiding in memory and improving overall mental health. They also contain a rich amount of magnesium, which has a calming effect on the brain.

6. Sage Part of the mint family, sage has long been heralded as a memory enhancer and can act as a protector against Alzheimer’s disease. It has both antioxidants and anti-inflammatory properties that help defend the chemical messengers that are essential to memory recall. It’s been found that, whether eaten fresh—added to your favourite soup or salad—or taken in the form of an oil supplement, sage can provide a significant boost to memory recall.

7. Turmeric A staple in curries or added to a casserole or egg salad, it’s easy to embrace the powerful effects of this herb from India. A potent anti-inflammatory and antioxidant, curcumin—the chemical that gives turmeric its mustard-yellow colour—has been shown to improve cognition memory and mood.