Climate Change Poses Risk Not Only to Planet But Also to Human Health, Report Says 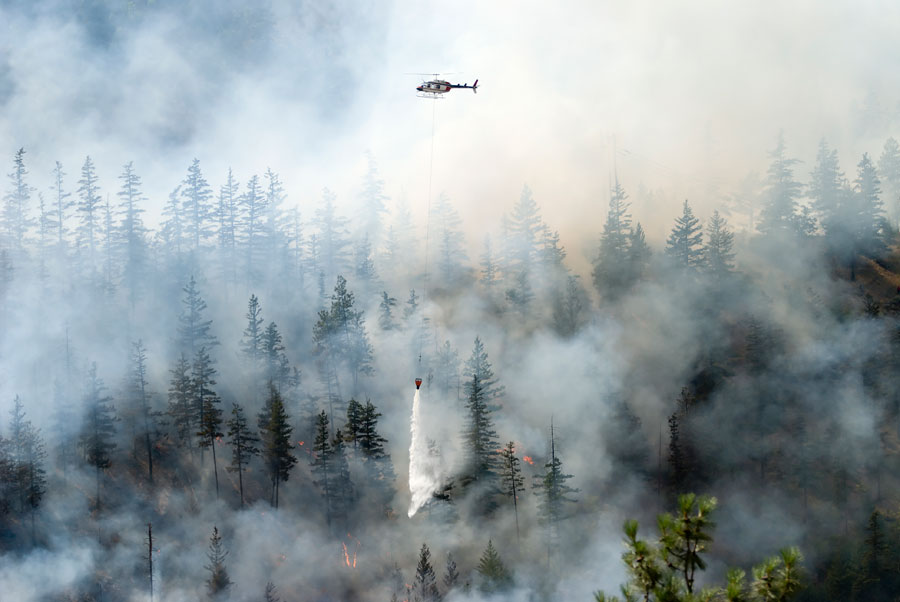 Beloved naturalist Sir David Attenborough addressed delegates at the UN climate change summit in Poland on Monday, and his message was a dire one.

“If we don’t take action, the collapse of our civilizations, and the extinction of much of the natural world is on the horizon.”

The 92-year-old, famed for narrating countless nature documentaries including the Planet Earth series, was chosen to represent the world’s people at the conference — the intent of which is to get action on pledges made for the 2015 Paris Agreement on climate change.

Nearly 200 nations are being represented in Poland. Notably missing, however, is the United States — the Trump administration withdrew the country’s support of the global initiative in 2017.

Sir Attenborough didn’t mince words when asked about America’s absence, saying the country was “out on a limb.”

“It shouldn’t affect us and the whole of the rest of the world,” Attenboroug was reported to have told Reuters.

In the lead up to the summit, last week The Lancet released a report card of sorts on efforts to mitigate climate change since the 2015 Paris Agreement.

According to the medical journal’s findings, addressing climate change is the single most important thing governments can do to improve human health.

Air pollution from greenhouse gas emissions, for example, is contributing to 7,142 deaths a year in Canada, and 2.1 million worldwide, according to the report.

And climate change outcomes are also posing a risk to our overall health. The report stated that an increasing number of deaths and long-term illnesses can be blamed on heat waves, flooding, major storms and forest fires.

Another record-breaking forest fire season in British Columbia this year had health authorities warning that the resulting air quality could lead to symptoms as serious as heart palpitations. At most, there’s an additional risk for further complications in people with chronic conditions like heart disease, diabetes and cancer.

The 36-page  “Lancet Countdown,” begins with four key observations, including a warning that global warming poses an “unacceptably high level of risk for the current and future health of populations across the world.”

As for recommendations, better reporting of extreme weather outcomes made the list. For Canada, that includes recording heat-related deaths. Quebec is one the provinces that does and attributed more than 90 deaths to a heat wave this past July.

The Lancet also called on those in health care to do more in making climate change a central public health issue.

“From wildfires to heat waves to new infectious diseases, we’re already treating the health effects of climate change,” Dr. Gigi Osler, president of the Canadian Medical Association, said in a statement to the CBC.

“This is the public health imperative of our time.”