Could 70 Be the New 40? New Research Seems to Point That Way 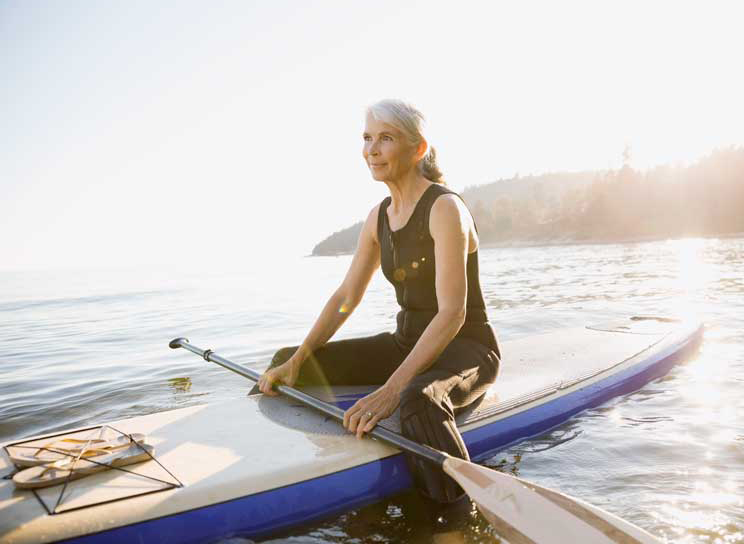 A pair of new studies has suggested that 70 may be emerging as the new 40.

A study conducted by Oddfellows, a non-for-profit friendship group, has identified 70 and beyond as one of the happiest times in our lives, challenging the popular notion that life starts after 40.

Their survey of seniors found that one third of participants in their 70s reported feeling ‘very happy,’ while only one sixth of those in their 60s felt the same.

Much of that happiness appeared to revolve around retirement. Nearly two-thirds of participants in their 70s said that spending time with friends was what they enjoyed most about their golden years. They also said they enjoyed the freedom of their retirement years, noting that they could shop whenever they liked and no longer had to leave household chores for the weekend.

However, happiness isn’t the only area septuagenarians can overtake or at least match those living that youthful yet experienced stage of life in their 40s.

Another study published in the Journal of Applied Psychology has determined that people in their 70s who have been exercising regularly for decades are about as strong and have the heart and lung capacities of healthy people in their 40s.

Researchers compared people in their 70s who performed cardio workouts around five days (seven hours average) per week to those with similar fitness habits in their 40s. They assessed heart health by measuring each participant’s maximum oxygen consumption (VO2max) and performed muscle biopsies to determine capillary health — which supports blood flow — and the presence of aerobic enzymes. A decreased VO2 max can increase the risk of multiple chronic diseases and early death.

While VO2 max typically declines by around 10 percent per decade after 30, researchers found that the active 70-year-old participants maintained similar cardiovascular health to participants aged 40 to 45.

Researchers also tested a group of septuagenarians who trained at competition levels and found that some even bested their younger counterparts in cardiovascular capacity, while matching them in tests of muscle health and capillaries.

Not to worry, those looking to replicate the results needn’t run a triathlon.

Lead author of the study and director of the human Performance Laboratory at Ball State University Dr. Scott Trappe told Science News that walking 30 to 45 minutes a day would “have significant and substantial benefits.”

Perhaps a quick stroll should be squeezed into that unrestricted retirement schedule we love so much.