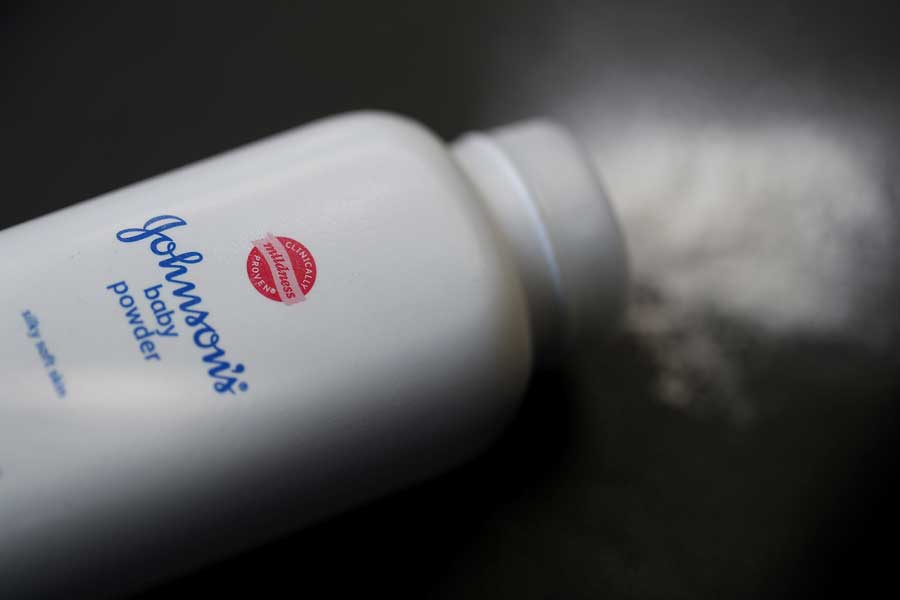 According to CNN Business, Johnson & Johnson stock fell by more than 11 per cent (and counting!) on Friday afternoon following a shocking Reuters report that claimed the company was aware — for decades — that asbestos was present in its baby powder.

The company is already in the midst of legal proceedings regarding allegations that some of its talcum powder products caused cancer. (Read the full Reuters report here.)

Despite denial on the part of Johnson & Johnson, the Reuters report cites numerous documents that suggest company executives, scientists and even doctors knew about the asbestos problem and failed to disclose the information to the public.

Reuters claimed to have examined previously unreleased documents, including trial testimony pertaining to information that from roughly 1971 to the early 2000s, Johnson & Johnson’s raw talc and baby powders sometimes tested positive for trace amounts of asbestos, a human carcinogen that can result in certain cancers.

A statement released by Johnson & Johnson on Friday claimed, “The Reuters article is one-sided, false and inflammatory … [our] baby powder is safe and asbestos-free.”

The company also stated that “thousands of tests” over the years have shown that its talc does not contain asbestos and that it has fully cooperated with the Food & Drug Administration over the past few decades.

This isn’t the first time Johnson & Johnson has encountered legal issues. On July 19, 2002, the company shares plummeted by 16 per cent as federal regulators investigated a former employee’s allegations of false record-keeping at a plant.