Mirth’s Worth: Why Laughing Is Important To Our Health 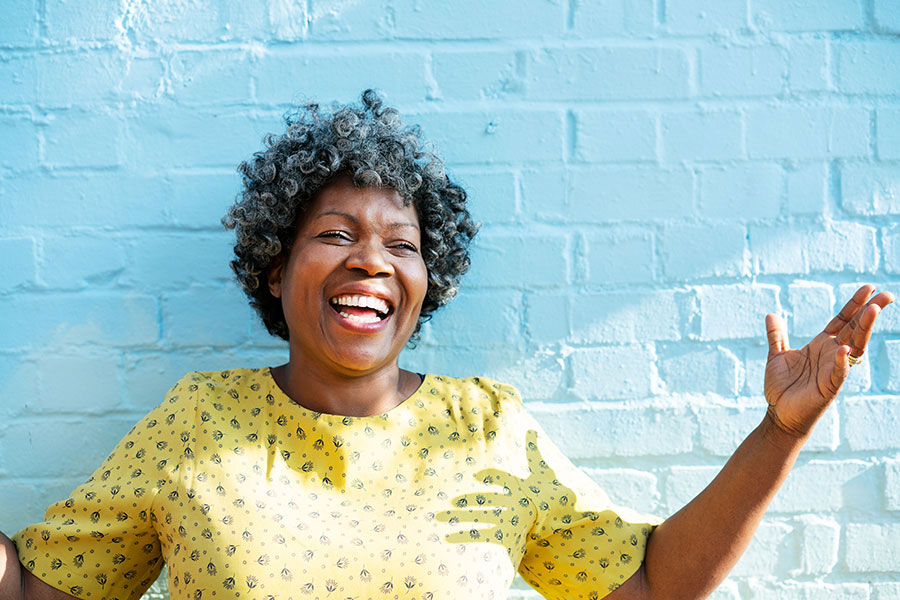 Laughter is as important to our physical, emotional and mental well-being as eating nutritious foods, exercising and developing relationships.

We laugh naturally and spontaneously many times a day for many different reasons. Some experts feel laughter is as important to our physical, emotional and mental well-being as eating nutritious foods, exercising and developing relationships.

By all accounts, the modern humour therapy movement was inspired by the writings of Norman Cousins with his book Anatomy of an Illness as Perceived by the Patient (1979). It recounts how, stricken with a painful disease, Cousins hired a nurse to read him funny stories and watched Marx Brothers films to distract him from the pain.

According to Cousins, 10 minutes of hearty laughter would induce two hours of pain-free sleep and helped him recover from an illness diagnosed as irreversible. Beth Agnew, a certified laughter teacher (laughpractice.blogspot.com) and a technical communications professor at Seneca College, is convinced that you can use laughter as an antidote for depression, to manage stress, to boost your immune system and to improve your ability to think and make decisions.

The medical community, however, thinks this might be taking a joke too far, as is the notion that laughter can overcome the biology of cancer, infectious diseases or other physical disorders. Dr. Robert Buckman (drbuckman.com), a medical oncologist at Princess Margaret Hospital and professor at the University of Toronto, is adamant that laughter is not a miracle cure.

“I teach communication skills, including how to use humour after dealing with serious topics in medical discussions,” adds Buckman. “I never propose it as a therapy, but I do propose that it is part of the normal bond.

“We do know from clear evidence that the act of laughing is contagious. When you see someone else laughing, you are more inclined to laugh along with them,” says Buckman.

“Something as simple as smiling with the eyes transmits good vibes, which mirror neurons in the brain will recognize, making you tend to smile when you see someone else smiling.

The Healthy Benefits of Laughter

Hunter (Patch) Adams, MD, is known for dressing up as a clown and entertaining seriously ill patients. He founded the Gesundheit! Institute in Arlington, Va., as a free clinic incorporating humour therapy with traditional health care. He was portrayed by Robin Williams in the 1998 film Patch Adams. Whatever the method, this is where experts agree on the health effects of laughter.

Physiologically, laughter gives your internal organs — especially your heart and lungs — a good workout. It exercises the diaphragm and brings more air into your lungs. This increases the supply of oxygen in the bloodstream, thus aerating your brain and improving your circulation.

Buckman suggests that “laughter, probably but not certainly, causes the release of certain endorphins that are basically pain-killing chemicals made in the brain. Endorphins reduce the sensation of pain and affect emotions. Almost certainly, laughter decreases the intensity of any symptom you can think of, particularly pain. If you can laugh or are laughing, your pain threshold is probably raised so you feel less pain.”

Does laughter reduce stress? Buckman isn’t convinced and says, “We have no idea if laughter reduces stress or whether laughter is a symptom of reduced stress.” Still, research out of Loma Linda University in California led by Dr. Lee Berk found that when volunteers anticipated watching a humorous video, their hormones — beta-endorphins, which are chemicals that relieve depression, increased by 27 per cent and human growth hormones, which help with immunity, by an impressive 87 per cent.

Now, years later, the same researchers have found that the anticipation of a positive humorous laughter experience also reduces potentially detrimental stress hormones: cortisol by 39 per cent, adrenaline by 70 per cent. According to Berk, “Our findings lead us to believe that by seeking out positive experiences that make us laugh, we can do a lot with our physiology to stay well.”

Laughter clubs started in India during the mid-’90s. Mumbai physician Dr. Madan Kataria became convinced that regular vigorous laughter could lead to better health. He urged sick patients to laugh for at least 10 minutes every day. Kataria’s wife, a yoga teacher, added breathing exercises and gentle stretching. Today, there are 6,000 clubs in 60 different countries, including 90 clubs in Canada (laughteryoga.org).

“Laughter yoga does not involve downward dog, wearing spandex or use yoga mats. The yogic part refers to breathing,” says Wendy Woods, a Toronto-based corporate trainer and certified laughter yoga professional, who studied with Kataria and was a speaker at CARP’s Conference on a New Vision of Aging. Through her company, Watershed Training Solutions (watershedtraining.ca), she leads many workshops including Laughter Yoga and Laughter in the Workplace.

“We do a bit of stretching and laughter activities where we start faking and forcing laughter because, in fact, the body doesn’t know the difference between laughter that’s real or fake. Laughter is pretty contagious and, soon, the natural laughter kicks in.”

“In the beginning, you feel really goofy doing it. But it’s shocking how good you feel afterwards, like you’ve had a great workout or a really good massage.”

Slater is also a 10-year cancer survivor who says she instinctively used laughter to help her get through her treatment. “I made a rule that if someone called to find out how I was doing, they had to make me laugh. During my six months of chemotherapy, I always had someone with me to make me laugh. I think it was my own natural coping system. I wouldn’t say it had an effect on treating the cancer but it certainly had an effect on managing the moods.”

7 tips to bring more laughter into your life

Bring more laughter into your life with these suggestions from Beth Agnew.

1. Believe there’s an upside to everything — look for the funny things all around you. People who laugh have a more positive outlook on the world and are generally in a better mood.

3. Engage with others in activities that generate laughter — go to funny movies, tell each other harmless jokes, share funny stories. Remember to be kind, though. Laughing at someone’s expense is not mirthful laughter, just cruel.

4. Make eye contact with others — start smiling and then create a gentle laugh. Turn up the volume of your laughter until you are laughing out loud. Everyone around you will join in. Eye contact is important to connect you to other people.

6. Keep happy company. If there are people in your life who bring you down, avoid them if at all possible. Dr. Gene Landrum (genelandrum.com) talks about studies that put optimists and pessimists together. After a short period of time, the optimists were less optimistic and the pessimists more positive in their outlook. The lesson is that if you want to feel better, get with happy people; if you stick with morose, depressed people, you are going to feel worse.

7. Be brave. Take the risk to be silly from time to time. Wear a crazy hat or shirt, and don’t worry about what other people think. If you’re a habitual laugher, you’ll probably outlive them!

We’ve all heard that too much stress can take its toll. An investigation led by the University of California, San Francisco, found telomeres are at the root of a study linking stress and aging. Telomeres are DNA proteins that cap the ends of chromosomes, providing them with genetic stability.

These telomeres shorten as cells divide, and as we age. When they get too short, the cap is no longer functioning, and the cell deteriorates. In the study, women caring for chronically ill children had greater levels of stress and had telomeres that were shorter on average by the equivalent of at least 10 years. The bottom line: stress not only causes premature aging but may also promote earlier onset of age-related diseases. Try a little DIY therapy and relax, you’ll live better, longer. —Kristen Laborde

Take. As we age, our bodies become less efficient at neutralizing free radicals. Naturopathic doctor EeVon Ling recommends a vitamin B complex with magnesium and vitamin C, “to help the body deal with stress and aging effectively.” B complex supports the nervous system, metabolism and energy production and helps produce red blood cells; magnesium is a muscle relaxer and sleep aid; and C blocks free radicals.

Breathe. To reap the benefits of aromatherapy almost instantly, try inhalation. “The odour molecules in the essential oil travels to the back of the brain, hitting the hypothalamus, responsible for memory, mood and behavioral functions and sleep,” says Marlene Mitchell of the International Certified Aroma-therapy Institute. Lavender essential oil, she adds, is thought to put the brain into a relaxed state.

Massage. Try aromatherapy by applying product on the skin. Stress-reducing ingredients are absorbed into the skin and then the bloodsteam to help eliminate toxins. According to Stephanie Brander, a holistic health facilitator and aromatherapist, “Essential oils are made up of naturally occurring chemical compounds that have medicinal and healing properties.That’s what gets absorbed into the skin.”