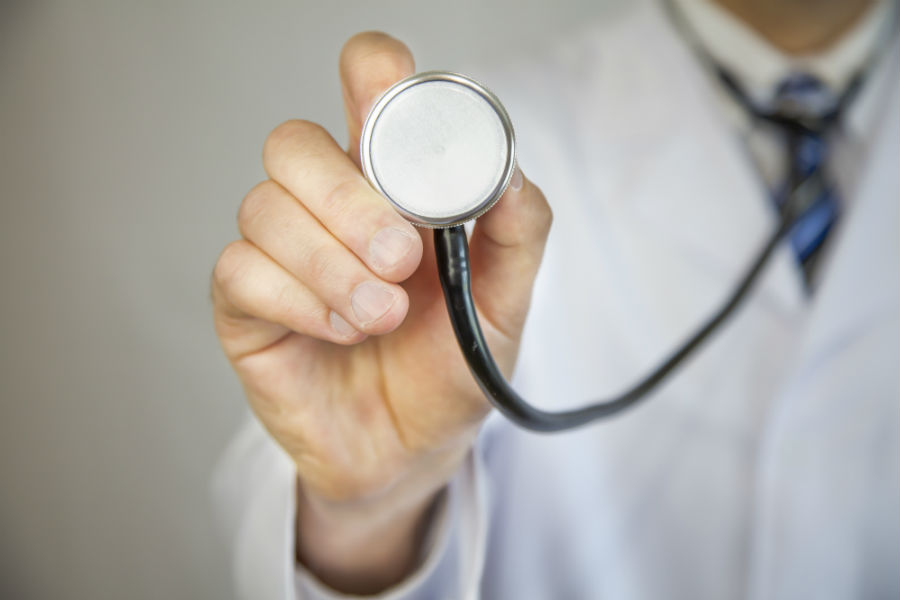 Here, we look back at the top news and breakthroughs that affected our health and well-being.

You can’t beat cannabis as the Number One health story of the year.
Canada became what the CBC has called “the largest legal marijuana marketplace in the world” on Oct. 17. The historic bill legalizing recreational use of the drug and cultivation of the plant at home was passed by Parliament on June 18th, making the nation only the second after Uruguay and the first G7 country to make cannabis legal.

“Canada’s decision to legalize marijuana is a grand progressive experiment,” observed The Guardian.

Cannabis also quickly became a high-stakes commodity as everybody from small-time stock market players, eager entrepreneurs and huge tobacco and brewing companies tried to cash in.

Meanwhile, ordinary Canadians had to decide whether to give it a try. Many also had to figure out the difference between TCH and CBD (one makes you high; the other doesn’t) and how and where to buy the drug (mail order only, for now in Ontario) and how and where to use it (only where smoking is allowed) and at what dosage— and also why to use it, whether as a sleep aid, for relaxation or simply to get high.

Many condos rushed to amend smoking policies or caution tenants that smoking pot was off limits anywhere in the building, including in residents’ own abodes and even on balconies. Travellers were warned that bringing marijuana across the border, into the U.S. or into Canada, is still illegal.
Edibles are expected to become available in 2019 but there’s no word yet on plans for cannabis cafes or bars or pot-friendly hotels.

Every day in Canada, 11 people die from an opioid overdose.

Opiods took the lives of more than 2,000 Canadians in the first half of 2018, according to the Public Health Agency of Canada.

Research released by the Angus Reid Institute shows that one in eight Canadians – nearly 3.5 million people – have close friends or family members who have become dependent on opioids in the last five years.
“These statistics suggest that we have not yet turned the tide on the crisis,” warns a release from the Public Health agency.

Vancouver is especially hard hit by the crisis and a New Democrat Member of Parliament from British Columbia, Wayne Stetski, is calling on the federal government to declare a national state of public health emergency.

Of three that received considerable attention, one is controversial and arguably unethical. Another seems like sci-fi. And the third is still a work in progress but could evolve into a long-awaited treatment.

First are the twin babies in China whose genes were edited while they were still in the womb. On Nov. 25, a young Chinese researcher reported that he’d used CRISPR, a gene editing tool that promises to be useful in cancer treatment. He quickly became the centre of “a global firestorm,” according to the Atlantic. “Reaction was swift and negative.”

A woman’s womb was also in play with another breakthrough. The Lancet reported on Dec. 5 that a woman in Brazil had given birth to a child after having a uterus transplanted from a dead woman. The infertile woman had received the deceased donor’s uterus last year and the healthy baby was born in December 2017.

Noting that this was the first case worldwide of a live birth following uterine transplantation from a deceased donor, The Lancet declared, “The results (open) a path to healthy pregnancy for all women with uterine factor infertility, without need of living donors or live donor surgery.”

Finally, three small studies published in The New England Journal of Medicine in September revealed that electrical stimulation of the spinal cord paired with intensive rehabilitation allowed six paralyzed people to walk or take steps years after their injuries.

“There’s a capacity here of human spinal circuitry to be able to regain significant motor control and function,” said American neuroengineer Susan Harkema. “That’s really exciting and really important.…but scientists have a lot more work to do. Who can recover? How much? How far? What type of stimulation is best? All of those questions are unanswered.”

4. It’s All About the Brain

More and important evidence in 2018 that physical activity acts as a barrier against aging and deterioration should convince everyone to make a major effort to move more in 2019.

Thirty minutes of exercise 2-3 days a week may be sufficient to minimize stiffening of middle sized arteries, which supply blood to the head and brain.

Exercising 4-5 days a week keeps the larger central arteries youthful, according to a study published in May in the Journal of Physiology.

Another study by researchers at Wake Forest School of Medicine observed nearly 10,000 older adults with heart issues over a period of three years as they were instructed to control their blood pressure. During this time they were tested on various cognitive skills, including memory.

The results were striking since they provided solid confirmation that lowering blood pressure also lowers the risk of both mild cognitive impairment (MCI) and probable dementia.

And the journal Neurology reported on Dec. 19 that just 6 months of walking may reverse cognitive decline.

Walking and other types of moderate exercise may help turn back the clock for older adults who are losing their mental sharpness, reported Duke University researchers.

The study focused on older adults who had milder problems with memory and thinking skills. The researchers found that six months of moderate exercise— walking or pedalling a stationary bike—turned some of those issues around.

Specifically, exercisers saw improvements in their executive function—the brain’s ability to pay attention, regulate behaviour, get organized and achieve goals. And those who also made some healthy diet changes, including eating more fruits and vegetables, showed even bigger gains.

The effect was equivalent to shaving about nine years from their brain age, said lead researcher James Blumenthal

E. coli anyone? Food insecurity was a big issue this year. Does anybody really trust the supermarket signs that say the romaine lettuce came from a safe area? And on December 16th came word of an expanded recall by the Canadian Food Inspection Agency. Included, along with romaine, are certain types of cauliflower and lettuce due to possible E. coli contamination.

The affected products include green and red leaf lettuces sold in bulk without packaging. More than 20 cases of E.coli have been confirmed in Canada.

Symptoms of an E. coli infection, which usually begin about three or four days after consuming the bacteria, can include watery or bloody diarrhea, fever, abdominal cramps, nausea and vomiting.

It’s just not worth taking a chance on the Caesar salad.

6. Blood Tests For the Big C

You’ve probably heard of liquid lunches but did you know that liquid biopsies aka blood tests are becoming more reliable as a less invasive way to find and track cancers?
Researchers are now able to detect small traces of tumour DNA in blood and determine where the tumour’s tissue originated.

In a study published in the journal Nature in November, Toronto researchers from the Lunenfeld-Tanenbaum Research Institute at Sinai Health System and from the Princess Margaret Cancer Centre found a new and better way to detect small traces of tumour DNA in blood and to determine the tumour’s tissue of origin

Although blood samples have been used to detect and monitor certain cancers in some patients, their use has been severely limited because distinguishing tumour DNA from healthy DNA is both difficult and expensive.

“Our methods, which are based on looking at DNA methylation patterns, present an alternative to current liquid biopsies that often lack the accuracy and sensitivity required for clinical use,” said Dr. Philip Zuzarte, Scientific Associate at the Ontario Institute for Cancer Research and collaborator on this study. “The study shows that analyzing the methylation patterns could be very useful in early tumour detection, treatment monitoring and even post-treatment surveillance.”

This study also shows that the new method has the potential to differentiate between cancer types, something that was not possible with traditional liquid biopsies. This opens the opportunity to detect cancer and its tissue of origin from a blood sample in its early stages, before the disease is detectable by a CT or MRI scan.

8. To D or not to D? Do two popular supplements do any good?

Long awaited results of two gold-standard clinical trials of Vitamin D and fish oil (omega-3s) were published in the New England Journal of Medicine in November.

The team from Boston’s Brigham and Women’s found that omega-3 fish oil reduced heart attack rates but did not affect risk of stroke or cancer.

There was a significant 28 per cent reduction in risk of heart attack among participants taking the omega-3 fatty acid supplements. This effect was greater among people who had lower fish intake (a 40 per cent reduction).

Significantly, the study population was racially and ethnically diverse, and 20 per cent of the participants were African American. The reduction of heart attack risk among African Americans taking omega-3s was a huge 77 per cent reduction.

”We found that omega-3s were associated with a reduction in risk of heart attacks across our study population, especially among participants who had lower than average fish intake (less than 1 1/2 servings per week),” said researcher JoAnnManson.”And results showed that with time, vitamin D supplements may lower risk of cancer death.

The study, with the acronym VITAL, is a randomized, double-blind, placebo-controlled trial with 25,871 men and women age 50 and older from across the U.S., including 5,106 African Americans. Eligible participants had no history of cancer, heart attack, stroke, or other forms of cardiovascular disease at the time.

Shopper’s Drug Mart is making Botox, filler injections and laser treatments available at some of their pharmacies. A licensed medical aesthetician with nurse practitioner credentials is now on duty at Shopper’s Drug Mart in the Shops on Dundas mall in Oakville. The test clinic will be followed by the opening of a second Beauty Clinic in the Shops at Don Mills early next year.
Not everybody is thrilled with the idea of people stopping by the drugstore for a quick shot of a potent muscle-paralyzing toxin.

“It’s actually a little frightening when retailers start to get into medical treatments,” said Dr. Richard Bendor-Samuel, a Halifax plastic surgeon and president of the Canadian Society for Aesthetic Plastic Surgery, in an interview with the Globe & Mail.

Plus, it may set a precedent. Canadian Tire could start setting broken bones.

“I was never able to get control of the cancer that consumed my body, but I did take control of every aspect of my end-of-life experience,” wrote Audrey Parker in the obituary she composed for herself when she decided to die. “It was perfection – except I had to leave weeks or maybe months sooner than I wanted because of late stage consent required with MAID (medical assistance in dying).

With stage 4 breast cancer that had spread to her bones and her brain, there was no hope of a cure or even much more time.

But the 57-year-old Halifax resident had hoped to have a few more weeks, even a couple of months, maybe one more Christmas.

Instead, she felt compelled to end her life on November 1, while she was still mentally aware, before the malignancy in her brain or the drugs to control her pain made her too incapacitated to be allowed by law to choose to die.

The law which allows for assisted deaths in terminal illnesses like Audrey Parker’s also mandates that the decision to die must be made by someone who is fully conscious and mentally sound at the time of medically assisted death.

There’s no provision in the law permitting for a decision to be made in advance.

Before Parker ended her life, she became an outspoken advocate for amending the law to allow for advance decisions rather than letting the government decide when the patient can choose to die.