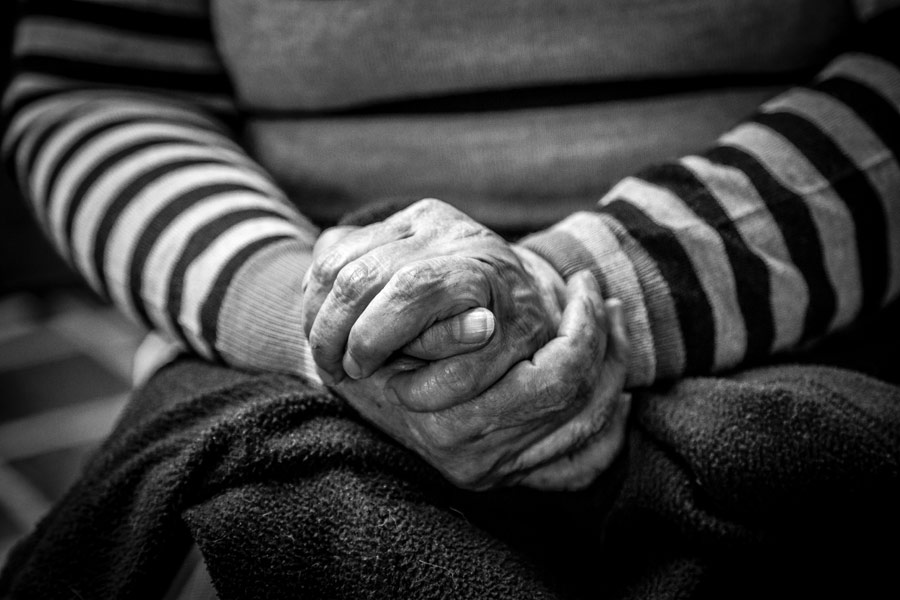 Here, some of the common misconceptions about Alzheimer’s disease.

People used to believe “going senile” was just part of growing old, but symptoms are caused by a disease process. Alzheimer’s is a degenerative brain disease involving physical changes to the brain — such as the development of amyloid plaques and neurofibrillary tangles and nerve cells losing contact with each other or dying.

The disease is progressive and irreversible — but it isn’t inevitable as we age. In fact, experts say most people don’t develop it.

Occasional forgetfulness doesn’t mean you have Alzheimer’s disease, which is more about frequent forgetting and not being able to recall those forgotten details later on. Difficulty performing familiar tasks, problems with communication, disorientation, poor judgment and problems with abstract thinking are also hallmarks of the disease.

Sometimes these symptoms stem from a treatable cause like an infection, drug interaction, depression, head injury or another health condition like multiple sclerosis.

It’s also important to remember that Alzheimer’s disease is just one of 70 causes of dementia (an umbrella term for memory loss due to changes in the brain). Not everyone who has dementia has Alzheimer’s — it can also be part of Parkinson’s disease or the result of a stroke, for example.

Myth 3: Your relatives have it, so you’ll develop it too

Genes do play a role in our chances of developing the disease, but only a small number of cases — about five to seven per cent — are an inherited form of the disease known as Familial Alzheimer’s disease (often referred to as “early onset”).

While the disease itself is the same as the more common Sporadic Alzheimer’s disease or “late onset” form, the difference lies in a set of mutated genes that can be passed from one generation to the next. If one of your parents carries the mutation, you have a 50 per cent chance of inheriting it. If you inherit the genes, experts say you’re likely to develop the disease.

What about the sporadic form? If you have a parent or sibling who has Alzheimer’s disease, you have a three times greater risk than someone who doesn’t have a family history. New research suggests that certain genes (such as the apolipoprotein E gene) can influence the development of the disease but experts note genes themselves don’t cause the disease, and people who don’t have the genes can still develop Alzheimer’s disease while people who do can remain disease-free.

True, our risk for Alzheimer’s disease increases as we age: the majority of cases show up after age 60, and the risk for developing the disease doubles every five years after 65. Some sources claim that, by age 85, about half of all people have Alzheimer’s disease or a related dementia.

What happens in our brains affects the rest of the body, too. In the later stages of the disease, the body’s systems start to shut down which can affect breathing, blood pressure, the skin and the senses. Sufferers may experience increased sleepiness, pain and discomfort and infection or pneumonia can set in.

Alzheimer’s disease and related dementias are one of the top 10 causes of death in developed countries. In 2007 (the latest year for which data is available), it was the 7th leading cause of death in Canada and ranked 6th in the United States. Alzheimer’s kills more people than kidney disease and infections like influenza.

We hear a lot of advice about keeping our brains healthy, but so far there isn’t a treatment or strategy guaranteed to prevent Alzheimer’s disease. Research into the effectiveness of therapies like vitamins E, B, C and D, gingko biloba, folate and selenium is ongoing but often conflicting.

However, experts report more evidence shows lifestyle strategies can help reduce the risk or delay the onset of Alzheimer’s, such as:

These strategies are also beneficial for cardiovascular health, which may play a role in the development of Alzheimer’s disease.

While there has been a lot of research into the link between aluminum and Alzheimer’s disease, the only thing researchers can agree on is there isn’t enough evidence to prove aluminum is a cause. Furthermore, researchers haven’t seen a higher incidence of Alzheimer’s disease among people who’ve been exposed to aluminum at their jobs or in cultures that regularly drink tea. (Aluminum can accumulate in the leaves.)

Aspartame, flu shots and silver dental fillings have been suspects as well, but there is no solid evidence to put the blame on them either.

Myth 8: All people who have Alzheimer’s disease become violent and aggressive

While Alzheimer’s disease can cause personality changes, experts note that not everyone becomes aggressive or violent. Other common behaviours can include wandering, restlessness, suspicion and repeating actions.

Coping with memory loss and confusion can be frightening and frustrating for people with Alzheimer’s disease. Care givers and loved ones can help by learning some key strategies: adapting a person’s surroundings, maintaining a consistent routine and learning how to communicate more effectively can help prevent emotional responses.

Myth 9: People with Alzheimer’s disease are unresponsive to what is going on around them

Symptoms can be deceiving — even though people can’t communicate well and get confused, that doesn’t mean they aren’t aware of what’s going on around them. Emotions and feelings are still very much present even though memory and abilities are changing, warn experts. Everyone needs social connection and belonging, a sense of independence and joy. Even in the late stages of the disease, people respond to touch and find comfort in soothing voices and music.

Researchers are finding better ways to detect the disease, test new treatments and even develop a vaccine. Experts continue to learn more about Alzheimer’s disease and there are treatments to help manage symptoms and strategies that can improve quality of life. A diagnosis doesn’t mean a sudden loss of independence and health experts note it’s important to focus on what people can do. If you or someone you know is affected, talk to your doctor and reach out to resources in your community.

There is a wealth of information available online about Alzheimer’s disease. Here are a few good places to start:
Alzheimer Society of Canada
Alzheimer’s Association (US)
Alzheimer’s Society (UK)