New Study: Too Much Fried Food Increases Risk of Death 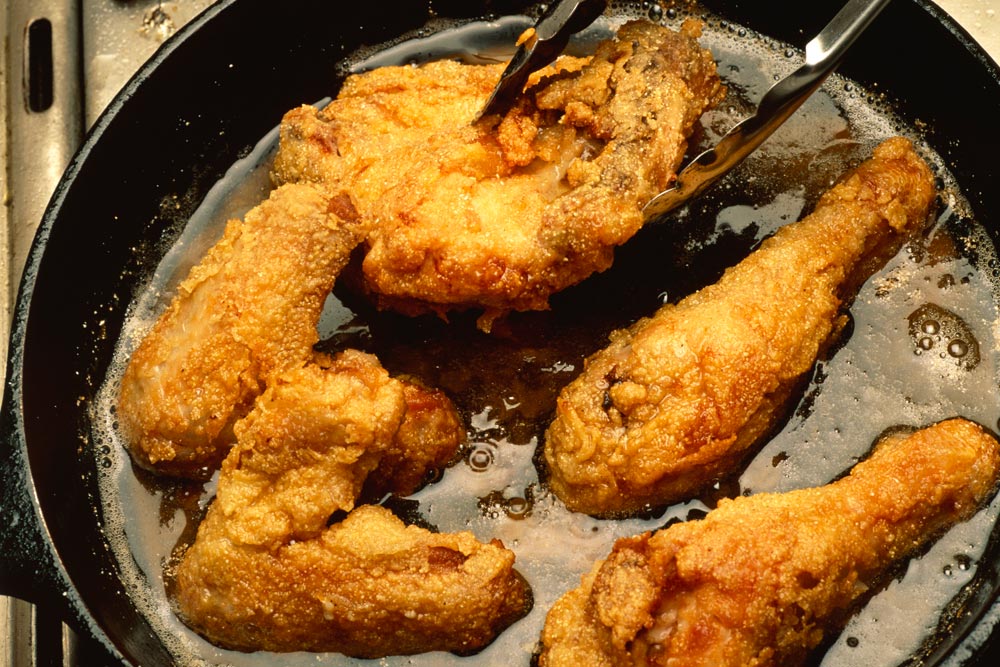 Forget the fried chicken. Don’t deep fry the cod. Maybe take a pass on the chips and tacos.

That’s the forbidding message this week from a study published in the British Medical Journal that warns that regularly eating fried food is linked with a heightened risk of death among postmenopausal women.

Fried chicken and fried fish in particular seem to be associated with a higher risk of death among older women, particularly women 50 to 65 years old, say researchers from the University of Iowa.

They found that regularly eating fried foods was associated with a heightened risk of death among these women from any cause and specifically heart-related death.

Of course, few of us eat fried chicken or fried fish every day. Nevertheless, it’s probably a good idea to cut back as much as possible, and that goes for french fries and chips as well.

Study authors noted that “up to a third of North American adults have fast food every day, and previous studies have suggested that a greater intake of fried food is associated with a higher risk of Type 2 diabetes and heart disease.”

There is, however, one positive aspect to this fried food frightfulness:

The researchers found no evidence that eating fried food was associated with cancer-related death.

Also, they explain, the study is based on observation, not cause and effect, and involves only American women.

Still, they note that the group of women studied was large and diverse and conclude that “we have identified a risk factor for cardiovascular mortality that is readily modifiable by lifestyle.