Giving Up The Keys: When the Risks Outweigh the Loss of Independence 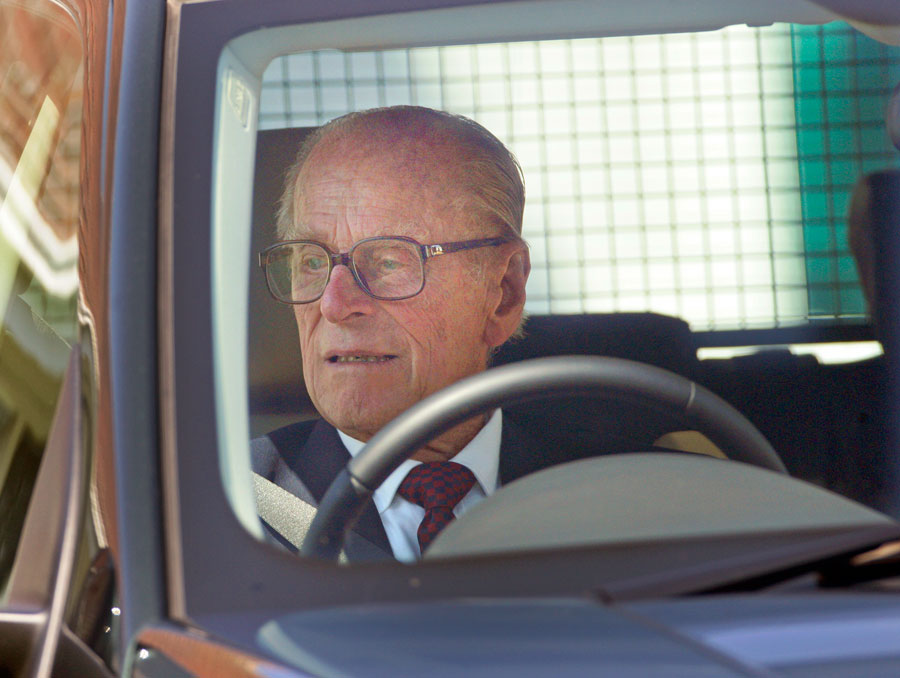 As someone prone to looking in the wrong direction when crossing streets in London, I feel much safer with the announcement that Prince Philip is giving up his driver’s licence.

It means that on my next visit, the likeliest cause of my pedestrian death will be a double-decker bus, and not a 97-year-old Royal who vows to never let go of the stick-shift on his Land Rover.

The decision by the Duke of Edinburgh (who was 93 when he drove the Obamas around his ‘hood) was apparently spurred by a Crown Prosecutor, who agreed not to charge him for an accident-causing-injury with another vehicle (whose occupants included two women and a baby).

“We took into account all of the circumstances in this case, including the level of culpability, the age of the driver and the surrender of the driving licence,” the Crown Prosecutor Chris Long said, leaving out the further circumstance of the person in question being Prince Philip.

I’m of two minds about pulling the Prince off the road. At this point, after more than 40 years of being behind the wheel all over the continent and in the city, I’m kind of sick of driving (and of other drivers—picture me angrily shaking my fist right now). If I was offered a personal driver, 24/7, I guarantee I would never drive again.

At the same time, I’m keenly aware of how symbolically important wheels are to both teens and seniors. Living in Northern Ontario, my driver’s licence at 16 meant freedom. I could have zero cents in my pocket, but if I had a full tank of gas, I felt rich.

Not long after, I taught my mother to drive in her ‘50s (a sitcom full of material there). Like many women who grew up in the ‘30s and ‘40s, she’d always been driven and never drove. The tipping point came when she expected me to be the one to drive her around. But she was forever grateful. Call it a different sort of “Freedom 55.”

Flash ahead 20 years, and mom was a widow in Winnipeg, 2,000 kilometres from her kids and grandkids in Toronto. We received distressing reports from friends of having seen her drive through stop signs and such. It was just another tick off the list of reasons we finally convinced her to move east where we could keep a better eye on her. Her car was sold to add to her finances, and the thought of driving in a huge city (happily) scared her off from ever driving again.

But perhaps not surprisingly, her new best friend at the seniors’ apartment complex she’d moved to was a woman in her ‘80s who had a car. “Lois” had already begun having fender-benders when they became driving partners, a kind of geriatric Thelma and Louise. But I played a bittersweet part in the anticlimactic end of that particular movie.

I’d dropped by to visit my mom, and Heather, the building superintendent beckoned me into her office to watch a closed-circuit video feed to the parking garage. Lois backed out of her spot, directly into a concrete column as if she’d been aiming for it. Every move she made seemed to put her on a collision course with something else, flustering her even more.

“Um, shouldn’t somebody do something about this?” I asked Heather.

“I’ll talk to her family,” she said. Satisfied that now she had a witness and hadn’t hallucinated Lois’s demolition derby.

It could have been her family that took her off the road. Or it could have been the insurance company. Another of my relatives gave up her wheels in recent years because two accidents within a six year period puts you in the “at risk” category, which means premiums beyond the means of most seniors.

It’s sad to lose this marker of independence. But as we age, the onus is still on us to own our risky actions. My wife’s seemingly-indestructible 89-year-old uncle was an avid pickle-ball league player (kind of mini-tennis), and was even pictured on the cover of the Port Elgin, Ont. paper, whacking the ball. Recently, he decided to quit the game, not because he wasn’t still a decent player, but because, “I have to admit to myself, I’m almost 90 and I could be one fall away from a decline.” He still does masonry jobs for relatives though.

According to Transport Canada, there are more deaths of drivers over aged 65 yearly than any other age group. That has only been true since 2010, tellingly the year the first Baby Boomers hit age 65. As the cohort ages, there will be more senior drivers on the road. Ageism is an “ism” too, and anyone of any age with the proven ability to drive should be allowed to do so. In most provinces, that proof is required either annually or every two years after age 80.

But until those self-driving cars hit the road, we do have a responsibility to call people out when they become risky road warriors. Even when those people are Princes.