Keep Calm and Cuppa On! This Addiction Can Help to Keep You Young 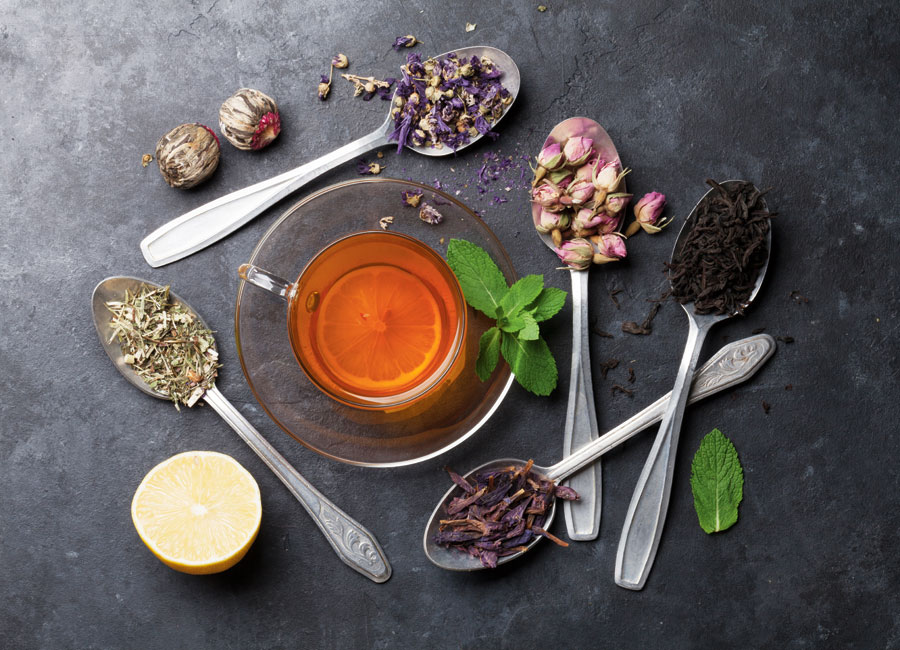 Tea is drunk to forget the din of the world. The quote from eighth-century Chinese sage T’ien Yiheng is embossed on a simple linen towel on display among the teaware at Silk Road, a tea house in Victoria’s Chinatown. I wonder if Yiheng could have imagined the cacophony of 2017.

Of course, putting on a pot of tea has been the natural reaction to crisis in my family for generations.

“Tea is the yoga of beverages,” explains Silk Road’s owner and tea master Daniela Cubelic. Cubelic launched her tea house and shop 25 years ago and has since earned an international reputation as Canada’s Queen of Tea.

“Yoga is a form of exercise, but it is more than that – as tea is more than a beverage,” she says. “Both have a connection to overall wellness: physical, mental and stress management. There is also a spiritual component and culture and history as well.”

Cubelic doesn’t necessarily fit one’s expectations for the Queen of Tea. No frumpy tweed or wire-rimmed glasses. She cuts a distinctive figure around Victoria, in her uniform of sleek black dresses, sharp dark bob and dramatic red lipstick. But she has always been fascinated by tea and its culture, starting her tea studies when she was 15 and opening Silk Road when she was 22. The shop is a modern mecca for tea, a light-infused sanctuary offering more than 25 varietals and a dedicated staff to explain the difference between green, black, oolong, white and pu-erh teas. The business has expanded to a spa, two more storefronts in B.C. and a booming online commerce.

Over the years, Cubelic has learned many things from tea’s ancient traditions, but there are also the things she is discovering about tea through lived experience.

“When I was first studying tea, I would hear about all of these health benefits,” Cubelic says. “One of the things that they talk about in the ancient traditions is that tea is the elixir of immortality and that it makes you more youthful. What I’ve really noticed is that I don’t seem to be aging at the same rate as other people. I’m turning 48 at the end of December and I don’t feel like your average 48-year-old. When I spend time with people my own age, I notice that I am operating at a different level of vitality.”

These ancient beliefs about tea are also being backed up by scientific research. Cubelic points to a recent study out of China that shows tea makes you younger on a DNA level. The study found that Asian tea drinkers (and Cubelic notes that this is an important distinction to make because the quality of tea is crucial) exhibit DNA that is on average five years younger than the regular population.

“Exercise does the same thing,” she says. “I’m choosing to
do both.”

In Asia, tea is sold with an expiry date with the recognition that freshness and quality are important. And this correlates to health benefits. From the very first days of Silk Road, Cubelic imported fresh tea directly from the source.

“Freshness is absolutely critical,” she says. “When you think about it, it’s the most obvious thing in the world. Nutrient value declines when something is stale. Because tea is not obviously perishable, one doesn’t think of it as being perishable. The way I describe it is that drinking stale tea is like taking expired vitamins. You’re not getting the same value. If you’re wanting to drink tea for its health benefits and even for taste, you need to drink it fresh.”

This sparks an important question: Cubelic has been drinking multiple cups of high quality tea for almost three decades – is it too late for the rest of us? Apparently not.

“There are some really great studies that speak to this and it’s never too late,” she says. “There are immediate benefits it confers. For example, as soon as you start drinking tea, it boosts your immune system. As we age, there is more oxidative stress. There are also more auto-immune issues that arise. One of the really interesting studies about tea is that it helps with immune regulation and can help people with autoimmune issues, such as arthritis. It’s also giving your body an antioxidant boost, which can prevent DNA mutations or oxidative stress.”

Cubelic lists other benefits that relate to aging: tea helps regulate blood pressure; it reduces the risk of stroke; it can aid in weight loss; and has even been shown to boost cancer-fighting enzymes. The list goes on and on.
There is an important caveat. As Cubelic notes, the benefits of drinking tea are cumulative, so frequency matters. She recommends getting to a range of three cups a day, providing you can tolerate the caffeine. For the caffeine sensitive, the caffeine in green tea is minimal, and Cubelic recommends sticking to tea in the mornings.

“Tea is one of the most powerful dietary habits that you can have,” Cubelic says. “The benefits are huge.”

Better health, tranquil mind and thoughtful practices? It really is compelling in the face of our modern world.