10 Longevity Boosters: Breakthroughs and How-To’s for a Quality Lifespan 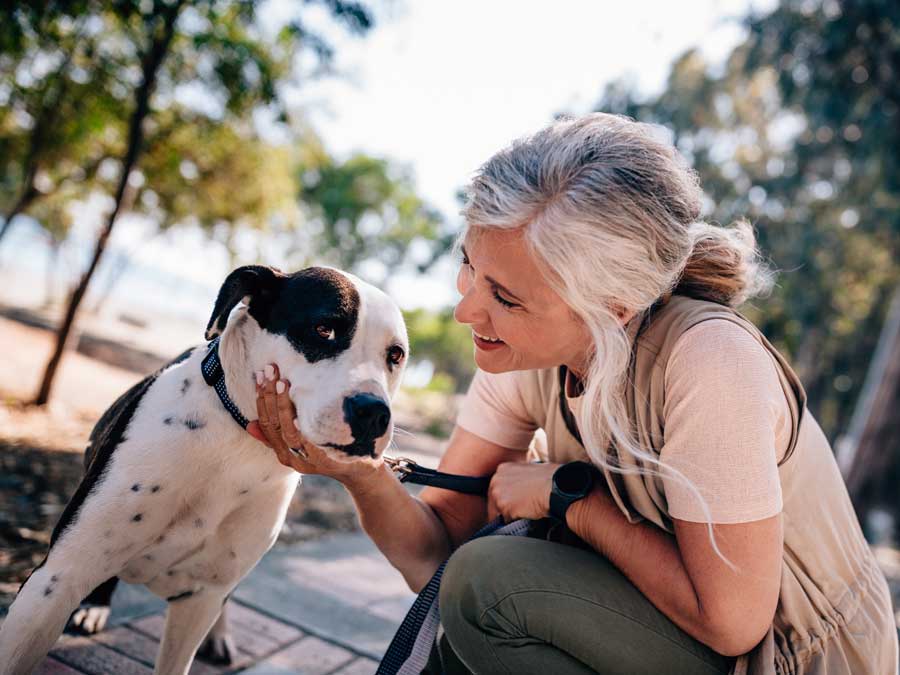 From man’s best friend to marijuana, we looked at the latest science for the best health tips and anti-aging tricks.

The case for puppy love is strong. First, owners report getting 20 per cent more physical activity than non-owners. Second, having a dog has been found to reduce the risk of heart disease. (Taking Fido on a brisk walk could count toward the Heart & Stroke Foundation’s recommendation of 150 minutes a week of moderate to vigorous aerobic activity.)

The benefits also extend to emotional well-being with research showing less social isolation and improved self-worth among older owners. And it turns out man’s best friend may end up extending longevity in another way if Harvard start-up Rejuvenate Bio has its way. The company is conducting gene therapy studies for heart and kidney failure, obesity and diabetes – the four major diseases of aging. Cocker spaniels and Doberman pinschers have been tested thus far but if the FDA approves, humans could be next.

A joint study by the Harvard School of Public Health and Brigham and Women’s Hospital in Utah found that of 108,000 nurses, those living in or near the greenest spaces had a 12 per cent lower risk of early death. Lower rates of depression were also reported. In addition to better mental health, researchers cited increased social engagement and physical activity and lower exposure to air pollution as potential longevity promoters. And it doesn’t take a move to the country — 84 per cent of participants lived in urban areas.

Senescent cells are those that fail to die when they stop functioning properly and can cause organ damage associated with many chronic diseases. Mayo Clinic researchers are essentially upcycling exsisting drugs in their pursuit of an effective treatment. They used a combination of dasatinib (used to treat types of leukemia) and quercetin (a plant pigment, or flavonoid, said to be good for the heart and blood vessels) on “very old” mice to prevent cell dysfunction in the first place. These elderly rodents (aged 24 to 27 months) ended up living 36 per cent longer. That could mean a lot more time, in human years.

By altering their gut bacteria, McGill University scientists successfully extended the lifespan of the common fruit fly by 60 per cent. Cool, but here’s why that matters to us. The species of fruit fly shares chromosomal and biochemical similarities with humans — as their reaction goes so might go our own. Plus, the probiotics used (Lactobacillus plantarum, Lactobacillus fermentum and Bifidobacteria longum) are ones we already know to decline as we age. And, triphala, a herbal supplement used in traditional Indian medicine for centuries, was used as a prebiotic for the benefical bacteria. Prebiotics are a form of dietary fibre on which good gut bacteria feed – and this one has the added benefit of impeding the growth of bad bacteria.

Rob Lowe’s character in the 1986 film Youngblood, a brash New York-native named Dean Youngblood is drafted to give a floundering Canadian minor hockey team a new lease on life. The premise may have been hard to swallow; what could an American teach us about hockey? But there is something in a name — young blood, as it turns out, may well be a competative advantage.

Ambrosia, a Silicon Valley-based company, conducted a trial involving transfusions of blood plasma from 16- to 24-year-olds to elder participants, most of whom were said to have had health improvements within a month. In a case of art imitating life — or perhaps vice versa — to preserve his edge, tech exec Gavin Belson on HBO’s Silicon Valley enlists a young “transfusion associate” for regular treatment. That’s fiction but the fact is research has shown that older mice treated with blood of younger ones had improved brain health and activity, and reduced cognitive impairment.

A study out of Brigham Young University showed older people with family and close friends nearby are likely to live longer than those who are alone. To wit, researchers from the University of California found loneliness to be a significant factor in decline of quality of life in older adults and could lead to depression, cognitive impairment, health problems such as coronary artery disease and even premature death. And if you need more motivation to make a date with Mom or Dad, Swedish researchers believe social support from their kids is one of the reasons older adults with children tend to live about two years longer than their childless compatriots.

Blood viscosity, or thickness, is considered a risk factor for heart disease and can be elevated by dehydration. Researchers in California found that men and women (aged 38 to 100) who consumed less caffeine and alcohol but drank five to six glasses of water a day had lower incidence of fatal heart disease.

Recommendations for how much water we need vary but, according to Dietitians of Canada, symptoms of dehydration include dry mouth, dark yellow urine, headache and fatigue. Beyond the tap, eating more fruit and vegetables can also boost hydration; spinach and watermelon, as examples, are almost entirely water. Plus, according to an earlier study, older adults who drank a glass of water 30 minutes before a meal had reduced caloric intake and less feelings of hunger.

More plants, less meat – study after study shows that this type of diet can improve our health and prolong our lives. Research published in the Journal of the American College of Cardiology showed that people who cut back on animal foods (meat, dairy, eggs) and ate more whole grains, fruits, vegetables, nuts, legumes and healthy oils had a lower risk of heart disease compared to those who ate less-healthy plant foods (refined grains, fruit juice, processed vegetables such as french fries and veggie chips).

And it’s not just quality that’s important but it’s also quantity. Researchers at Toronto’s Baycrest Health Sciences found that if people limit their meat intake to once daily while including five or more servings of vegetables and four or more of fruit, they have a 36 per cent lower risk of developing Alzheimer’s disease. Click here for more on the Baycrest research, including a brain health food guide.

“If you liked it, then you should have put a ring on it.” As it turns out, hubby Jay-Z may have been better suited to sing that line from Beyoncé’s anthemic “Single Ladies.” You see, when U.K. researchers delved deeper into findings that matrimony lowered the risk of premature death by 15 per cent — they found it was mostly for the fellas. Unmarried middle-aged women showed little or no increase of mortality risk factors including heart disease, diabetes, high blood pressure and obesity. And although men were found to experience an initial decline in health after divorce, finding a new long-term partner was shown to continue the protective benefits coupling has on their health.

With legalization last October, pot is poised to go mainstream in Canada, and the timing couldn’t be better for our aging population. Marijuana has shown promise against ailments and diseases common among the older set including Alzheimer’s, arthritis, glaucoma, Parkinson’s and even cancer. Plus, joint German-Israeli research has shown that THC — in a dose low enough not to intoxicate — was effective in reversing age-related cognitive decline including that of memory retention and recall. Benefit without the buzz!