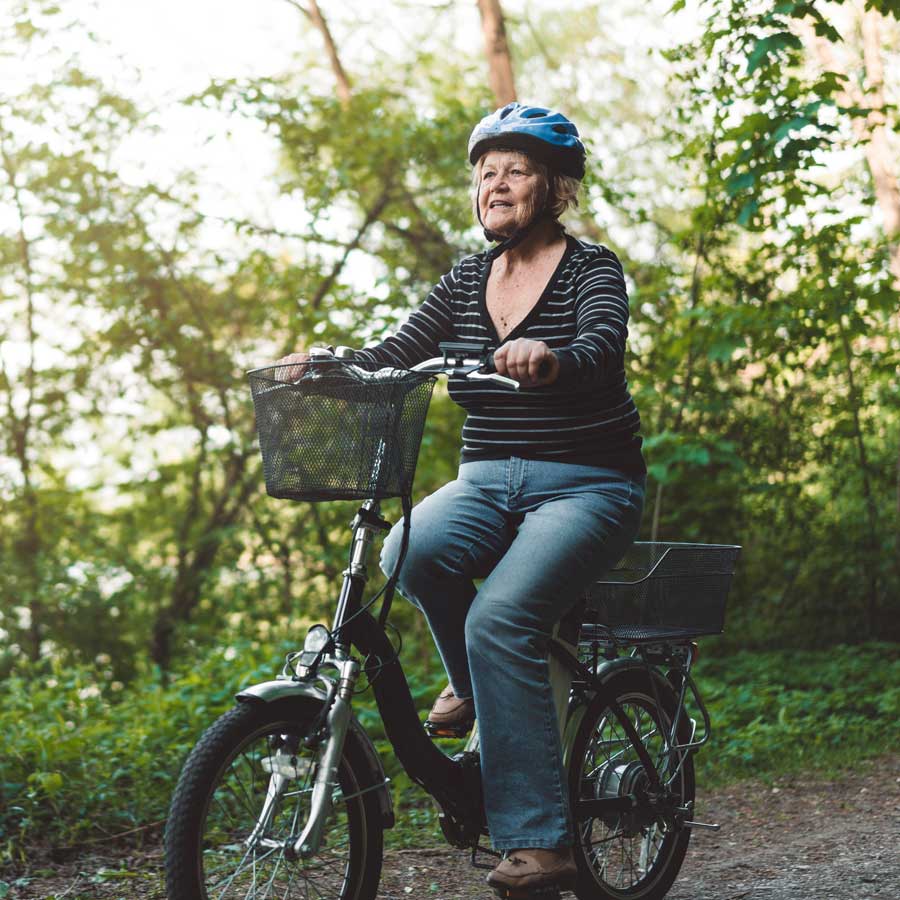 So it may seem counterintuitive that according to a U.K. study, older adults who used e-bikes for exercise had greater benefit to their brain health than those who did all the pedalling manually.

Researchers at the University of Reading and Oxford Brookes University followed 100 adults aged 50 to 83 over eight weeks during which time two groups were asked to cycle at least three times a week, for 30 minutes at a time.

The findings, published recently in the journal PLOS One, showed that all riders improved executive functioning — tasks such as memory, planning, problem solving and impulse control. “Engagement with the outdoor environment” was cited  as one of the possible contributors.

Researchers in fact limited their investigation to cycling done outside. And it would seem that where cyclists venture matters more than effort.

The group who used a bike fitted with an electric motor to help with pedalling showed greater improvement in other brain functions and well-being in general.

“The findings were not fully what we expected as we thought that the biggest benefit would be seen in the pedal bike group, with cognitive and well-being benefits linked to cardiovascular exertion,” study author Carien Van Reekum told FMT News.

“This study confirms that getting out on your bike is good for the brains of older people. But what surprised us is that these benefits are not only linked to the extra levels of exercise,” Van Reekum added.

A greater sense of independence and mobility may help explain the boon to e-bikers. The researchers noted that, on average, they spend more time cycling each week and this was attributed to confidence the motorized assistance gave them to travel longer distances.

“If having a bit of extra help from an electric motor encourages more people to cycle, the positive effects can be shared across a wider age range and with people who are less confident on a bike,” Van Reekum said.

This latest study builds on previous research that has shown anti-aging benefits for older cyclists. But if two-wheeling isn’t your bag, don’t worry; other forms of exercise have also been proven to pay off over the long term and even slow the aging process. Click here to learn more.