Liver Disease: What You Need to Know 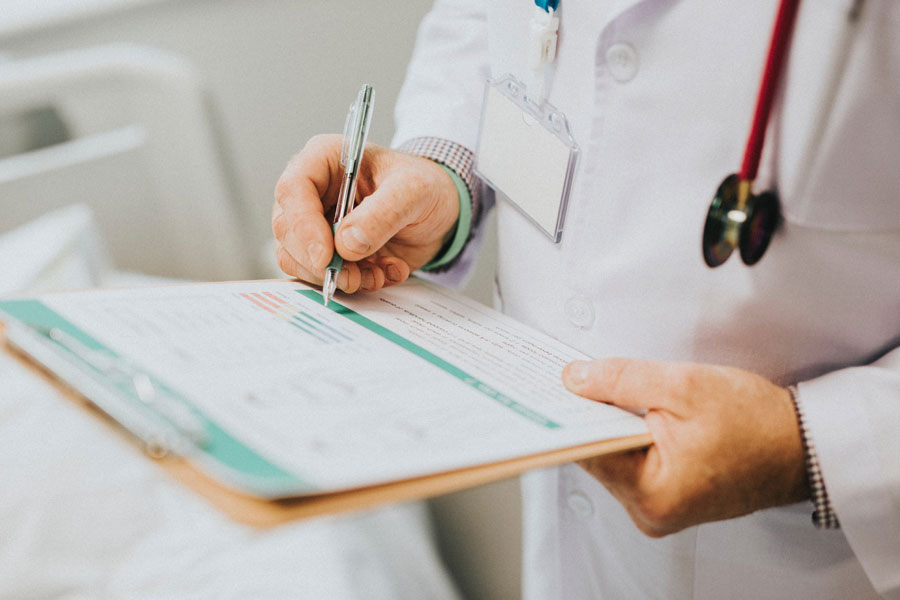 It’s not just a disease of addicts. March is Liver Health Month in Canada, and here is what you need to know about liver disease – its causes and how to prevent it.

Liver disease is not just a disease of addicts. It is caused by a variety of factors and can affect everyone from infants to older adults. But many Canadians are woefully unaware of its causes — and how to prevent it.

We pay a lot of attention to the health of our brains and our hearts, but did you know the liver performs over 500 functions? It helps fight infection, clears out toxins, produces essential proteins and helps the blood to clot — plus it’s part of our metabolism too. When disease strikes this crucial organ, it can affect our entire body.

Although an estimated one in 4 Canadians may be affected by it, there’s a lot of stigma surrounding liver disease: it’s often viewed as a disease of chronic alcoholics and drug users. Liver disease is actually an umbrella term covering over 100 different conditions — and it can affect people of all ages. Despite how common and risky liver disease can be, many Canadians are woefully unaware of its causes — and how to prevent it.

Obesity: the leading cause of liver disease in Canada is fatty liver disease linked to obesity. When a person’s diet exceeds the amount of fat his or her body can handle, fatty tissue builds up in the liver. Once fat makes up 5 to 10 per cent of the organ, an individual is considered to have a fatty liver. This condition can be completely benign, but can leave the liver vulnerable to other injuries — which may result in inflammation and scarring.

However, obesity isn’t the only cause of fatty liver. Starvation, malnutrition and rapid weight loss can also be risks, as can genetic factors and certain medical conditions.

Viral hepatitis: this virus attacks the liver and comes in many forms. The most common types are hepatitis A, B and C, but there are also less common forms known as D and E. In Canada, one in 10 people has a liver disease and more than half a million people currently have a form of viral hepatitis. According to the World Health Organization (WHO), the rate of hepatitis is rising around the world.

Hepatitis A is contracted by consuming food or water contaminated by fecal matter from an infected individual. The WHO estimates there are 1.4 million new cases each year, and it’s most common in parts of the world where sanitation is poor or there are concerns about food and water safety. Currently, a vaccine is available and is recommended for travellers.

Hepatitis B is contracted through contact with infected blood and body fluids (such as semen or mucous). It is easily transmitted through unprotected sex with an infected person and from mother to newborn child — and health care workers are at risk. This disease is thought to be 50-100 times more infectious than HIV, and an estimated 2 billion people worldwide have been infected. A vaccine is also available and is routinely administered to infants.

Hepatitis C is contracted through blood-to-blood contact with an infected individual including sharing injection needles and drug equipment, acquiring tattoos and body piercing using unsterilized equipment or by sharing personal items such as razors or toothbrushes. It can also be transmitted through unprotected sex — and having multiple partners is certainly a risk factor. Hepatitis C is the leading cause of liver transplants in Canada, and there is currently no vaccine. New drugs are proving to be more effective than past treatments with an up to 90 per cent cure rate.

The WHO reports that 150 million people are chronically infected with this virus, and more than 350 000 people die each year from hepatitis C-related liver diseases. In Canada, experts estimate that 250,000 people are currently infected — but more than one fifth of them don’t know it yet. In the U.S., a recent increase in deaths among baby boomers has prompted the Centers For Disease Control and Prevention (CDC) to issue a warning that people born between the years of 1945 and 1965 get tested. The earlier the disease is detected, the better the chances for treatment.

Alcohol: different people metabolize alcohol differently — often depending on an individual’s weight, gender, ethnic background, health and age. Although individual tolerances can vary greatly, liver function may be disrupted once the liver has had too much alcohol to handle. Fatty liver, inflammation or permanent scarring may occur.

Toxic hepatitis: this condition occurs when the liver becomes inflamed due to chemicals that are intentionally or accidentally ingested. Chemicals you might find at home (like cleaning fluids) or on the job could be the culprit, but some prescription and over the counter medications can also do harm. Pain killers such as acetaminophen can be dangerous in high doses, as can ibuprofen, ASA and naproxen. Some herbal supplements including comfrey, kava and ephedra can also lead to inflammation.

Autoimmune disorders: experts aren’t sure why, but the immune system can attack almost any part of the body — including the liver and bile ducts. The resulting inflammation and scarring can lead to liver disease.

Cancer: Primary cancer in the liver isn’t common, say experts. However, one of the liver’s main roles is to filter blood — blood which can be carrying cancer cells from other parts of the body. Many other forms of cancer can metastasize in the liver.

What’s not on the list: You might be surprised to see that cirrohosis isn’t listed here — after all, it’s often the first word that comes to mind when we think of liver disease. However, cirrhosis is actually the end stage of many different forms of liver disease, not a disease itself. It can result from permanent damage or scarring of the liver.

According to the Mayo Clinic, symptoms of liver problems include:

However, be warned that some liver diseases like hepatitis C may not present any symptoms until the disease has significantly progressed — making these conditions difficult to detect in their earliest and most treatable stages.

Treatment varies for the different liver diseases but one of the most common approaches is diet. With a proper diet the liver is sometimes able to repair itself — it’s the only organ in the body capable of regeneration. Limiting fat and monitoring protein consumption are common approaches — too much or too little can both impact the liver. For other diseases, iron levels, sodium levels and consumption of substances containing copper may be monitored.

Where liver disease is caused by Hepatitis C, anti-viral medication and therapy is often a part of the fight against the disease. Chronic Hepatitis B is also treated via anti-viral therapy, but the acute form of the disease (which often passes quickly) is generally not treated in this way.

And where cirrhosis has taken place due to alcohol consumption, eliminating alcohol can help the liver to become a healthy liver again over time — good news for addicts.

Liver transplants are the final treatment for liver disease. In Canada, over 400 liver transplants take place every year. Although the rate of success is high, it can be difficult to find a match, and the anti-rejection drugs do take their toll on the patient.

What’s the best way to deal with liver disease? Obviously, we’d like to avoid it in the first place. You can help keep your liver healthy by reducing fat in your diet, managing your weight, inoculating where there is a risk of hepatitis and being aware of the effects of drugs and alcohol on your system. Your body will thank you!